Yunnan: The Most Un-Chinese Place in China (Audio) 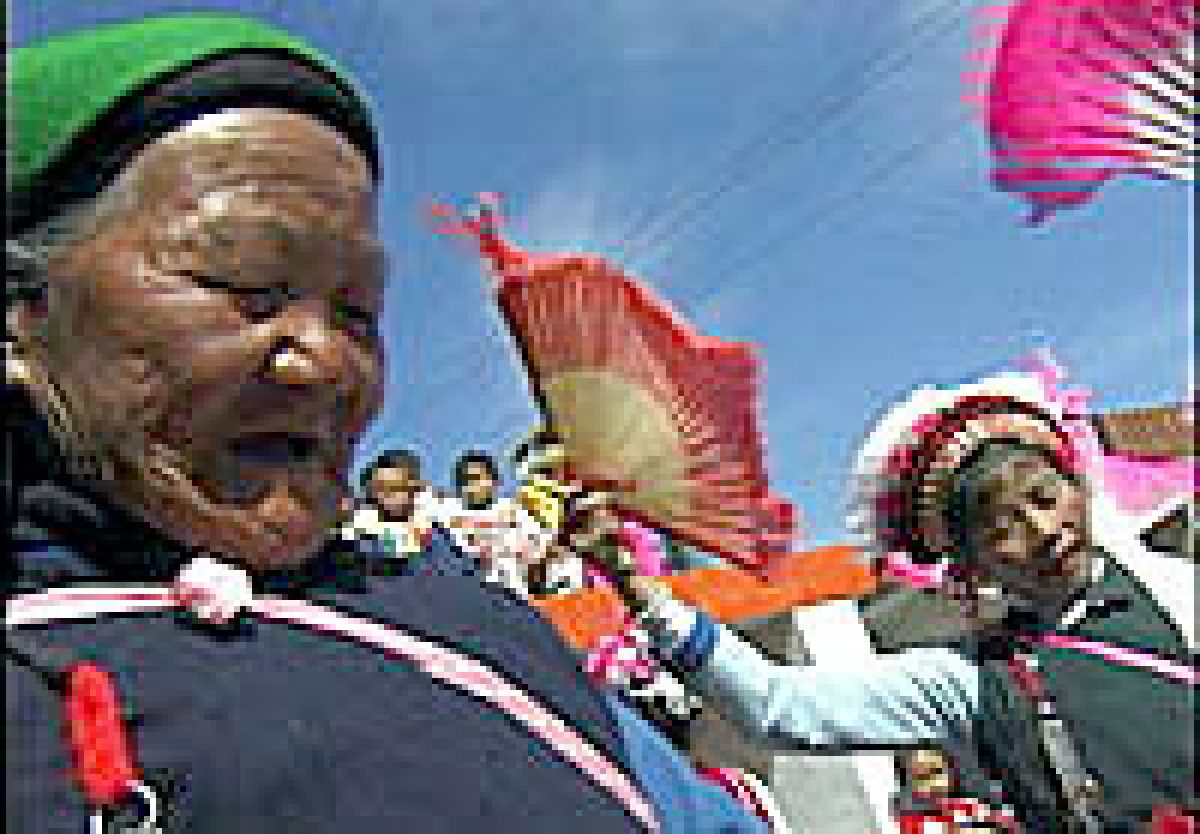 We are at a wedding, in China. But it doesn’t look very Chinese. This is a Bai wedding on the shores of Lake Erhai in Yunnan Province. Yunnan is in the far south near Thailand. It is one of the most un-Chinese places in China. In fact, aside from Han Chinese, there are 25 tribes who live here. I got to this wedding by following a truck filled with people.banging on drums and honking on little horns. I didn’t know these people and except for “Ni hao, “which means “hello,” I don’t know a word of Chinese. My translator talked to the groom who invited me to be a guest at his wedding.

The lanky groom greeted me at the door to a courtyard, handing me a cigarette. In fact he greeted every male guest with a cigarette. I don’t smoke and every time the groom saw me not smoking he gave me a new cigarette, which I promptly stuffed into my jacket pocket. In fact it later became a joke.as he figured out what I was doing. He snuck up behind me and stuffed cigarettes behind my ears. He even tried to stick one in my mouth. I ended up with a pocket full of loose tobacco and rolling paper.

The bride wore a brilliant red dress with a little crown on her head. Red means good luck. The groom wore a new suit with the labels and price tags still attached. That, by the way, is very Chinese. I was in Beijing last fall on a business trip and while the bosses wore their designer suits western style, the flunkies who were following them around wore them with their tags still attached.

I didn’t really understand what was happening at the wedding, but there was lots of dancing and lots of good food. The women wore colorful red outfits, regular dress clothes by the way, not special costumes. People wear native dress here every day, not just for special occasions and tourists. You go to a market here and you find an enormous variety of traditional costumes.worn by women. The men are pretty drab. I have always wondered why male humans are so drab while the males of the rest of the animal kingdom are so flamboyant. Maybe the human genome project will discover that we have some kind of a drab gene and that will get fixed.

At the wedding, the crowd was segregated by both sex and age. The women sat on one side of the courtyard and men on the other. The younger men wore street clothes while the older men wore their old blue Mao suits. You don’t see many of them in Beijing or the larger cities these days. And women not only dress better than men, they do all of the work as well. I took a two-hour boat ride thorough a beautiful marsh off Lake Erhai. Women were stoop harvesting. An elderly woman was poling our boat. All you see men doing around here is fishing, smoking and gambling. 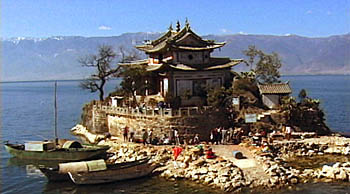 Yunnan Province, China ranks as one of my favorite destinations primarily because of its diversity. There are some 25 “minorities” as the Chinese call them, which are remindful of the various tribes in a Tolkien or Star Wars fable. They range from the mountain people of the Tibetian Plateau, to a matriarchal tribe where the women live alone and only allow men into their house to procreate, kicking them out in the morning. 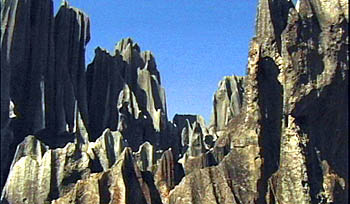 There are the Yi, who live in what is called The Stone Forest, a spectacular karst stalagmite landscape. The Dai, who live near the Thai border, hold a yearly festival during which they build homemade rockets, have them blessed, and fire them off into the heavens to awaken the rain gods. On occasion they blow themselves up in the process.

This diversity also extends to the terrain. In the north are the white-capped mountains and pristine rivers and gorges of the Tibetian Plateau. China claims that Zhongjian was the prototype for Shangria La. At the other end of the Mekong, which runs through Yunnan before entering Thailand, Laos and Burma, lie the jungles of the South that look, feel and taste like Thailand. In other words, the food is spicy and wonderful.except for grubs and scorpions.which are tasteless. You eat them for their texture.

I was the official guest of honor at a dinner in Xishuangbanna.and I really don’t know what I sampled although most was delicious. If you happen to be a guest of honor you will, of course, be presented with the ceremonial fish head. I picked around it a bit and sampled some gristle behind the gills. I couldn’t deal with the eyes, however, but my hosts apparently found my acceptance of this token of honor sufficient. Most of the rest of the unrecognizable dishes were very tasty. I sampled a particularly good piece of meat, which I was told afterward was donkey. I was told that I also feasted on that traditional staple that the Chinese euphemistically call “ground goat.” Now, that doesn’t mean goatburger or the opposite of mountain goat. Ground goat means shorter than a goat, otherwise known as dog. The dish that I really loved was seemingly the favorite dish of Yunnan Province. There aren’t duckponds all over the place for nothing. Yunnan duck is not the same as Peking Duck, which I sometimes find greasy and digusting. Yunnan duck is marinated in spices and slow-barbecued in ovens you see all along the road.

I left the wedding. Had an appointment with some cormorant fishermen. I paid my respects to the bride. The groom poked cigarettes behind both of my ears and doubled over with laughter.