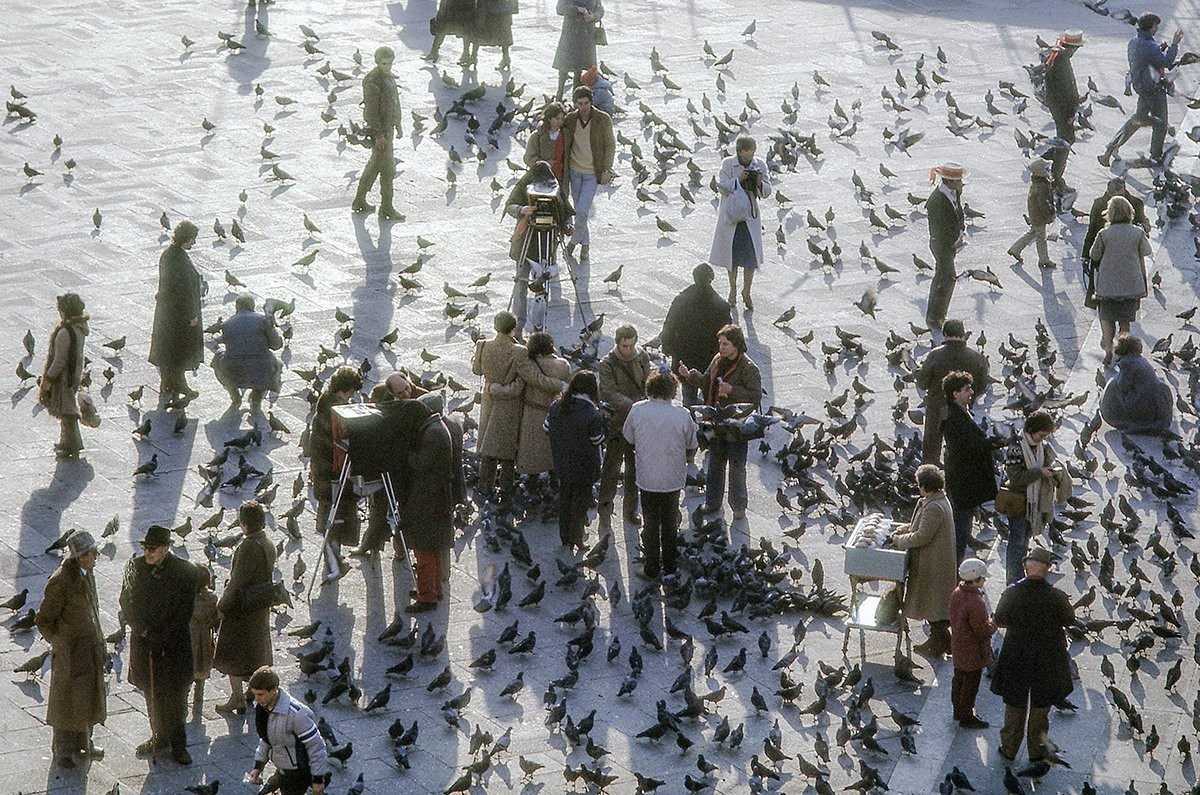 Venice in February. Doesn’t ring of romance, does it. Fog, flooding, temperatures that can plummet to freezing. But may be it is the best time to go.

Gone are the towering cruise ships that dwarf the filigree of Venice in the summer. I love cruising, mind you, but only on smaller ships and riverboats that have much less impact. These 4 thousand passenger behemoths, which some call “floating strip mines,” sail into port, dump off daytrippers who spend little, strain the city’s resources and sewage system, etc. and sail off again like seagulls after they dump their load. But I’ll save the rest of that argument for another day.

Why else visit Venice in the winter? You can see real Venetians, what is left of them, going about their daily business, the museums are less crowded. Carnival is in February and you might find costumed kids parading through the streets And there is, on occasion, silence.

On a February night I found myself lost in the fog in Piazza San Marco. Occasionally a figure faded in and out. I heard faceless voices around me. As I don’t understand much Italian, my mind drifted to operatic fantasies. What were they talking about? A plot against the Doge. Oh no, not The Inquisition. They’re coming to take me away.

Or a flash back to Marco Polo’s time, when Venice was the trading center of the universe, a time when mapmakers’ imaginations went wild depicting strange lands with headless men with eyes on their chests and birds that could pick up elephants in their claws.

But one monk had his head together: Fra Mauro, cartographer to the Court of Venice in the 16th Century. He is said to have used some of Marco Polo’s notes to create a mappamundi — a map of the world, that remarkably accurate. NASA compared it to a view of the region from space.

Unlike the Mauro map, however, the NASA version did include heaven, which the monk tucked into a circle in the corner.

We found one of the Mauro’s maps in the National Library, off the Piazzo San Marco. It was not on public display so we had to ask for it. It was beautifully preserved, behind a curtain in a back gallery.