I have taken one monster ship cruise. It was meh. Too many souls overcrowding ports, some way to small to accommodate the crowds. I have only taken one body painting, silly-hat, cheap party cruise…to Mexico. It featured your standard failed lounge singer, your standard-issue ventriloquist, a clique of passengers who, like pig and yam-eating islanders, probably thought that showing off the bulges under their tight tee shirts made them look “chiefly”. The pre-teen boys that ran around all night in packs didn’t help matters either, as did the fact that the highlight of the cruise was a stop in Ensenada.

Sorry, but I’m not a party kind of guy. 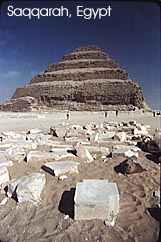 My Mediterranean sojourn on the Seabourn Spirit was a more civilized sort, thank you.

There is a common misconception that these ships are stuffy cultural throwbacks.

Sure, you’ll find a few Charles Laughton types but ships like the Spirit, one of the few vessels afloat without assigned seating, the pompous end up dining by themselves or if both important and difficult with the Captain. This is a classless ship: the gazillionaires dine with the millionaires, the Formica barons (one of which was one of my all-time favorite tablemates) and the two-income couples. I was amazed at the number of younger professionals (meaning 40s) aboard, perhaps due to a bullish stock market. The meals on the Spirit were good, some even memorable. Standard suites are more like small five-star hotel rooms than the tiny portholed warrens of regular ships and Popeye cartoons. 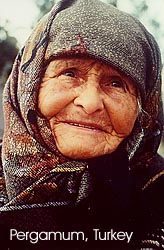 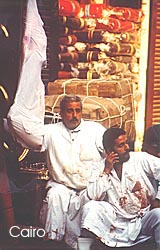 True, my idea of travel is to spend a month in one spot, capturing its sense of place and culture. But for a luxurious survey, especially of one-shot must-see sites like Ephesus and Pergamum, this is the way to go.

Postcard views of these world wonders are quite common. But it is possible to get a glimpse of real life in some of the ports you visit as well especially if you manage to break away from the bus tour. I take more pictures of people near monuments than of the monuments themselves.

On this last cruise to the Eastern Mediterranean I arrived in two towns in two countries on two national holidays and attended two parades. Ohi Day in Rhodes, Greece celebrated the day in 1940 when the Greeks defeated the Italian Army and Republic Day, in Antalya, Turkey,. honored the founder of the modern Turkish republic Mustafa Kemal Atatürk.