The Seductive Art of Drink at Silverado Vineyards 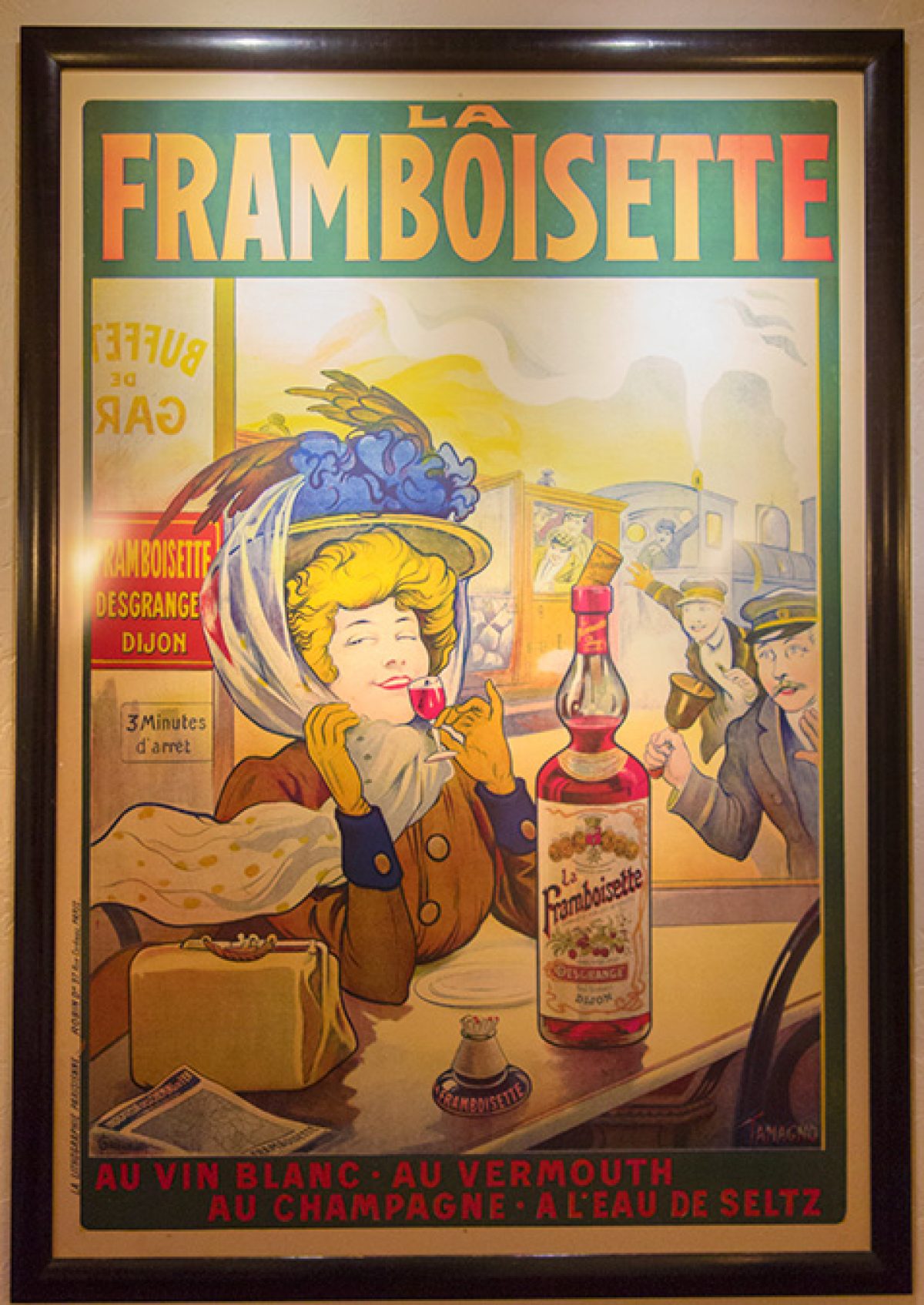 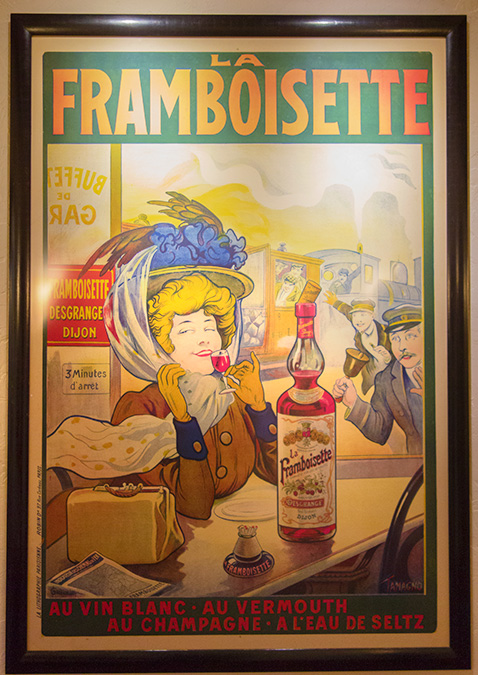 Eyes half-closed, her arm resting on the table, you could tell she is savoring the tiny goblet of Framboisette oblivious to the conductor frantically ringing a bell to warn her of the departing train.  This poster by Francisco Tamagno is just one of several Belle Epoque posters depicting the art of promotion and the seductive qualities of drink at Silverado Vineyards in California’s Napa Valley. 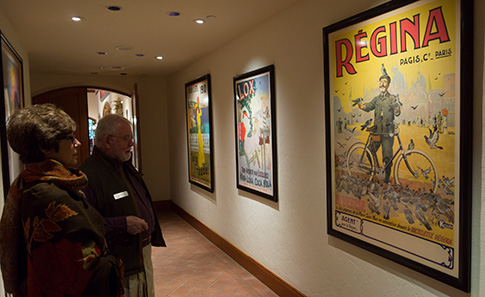 You’ve seen them: Tamagno, Cappiello, Mucha, even Toulouse-Lautrec and other contemporaries’ posters typically featured bold characters against black, gold or red backgrounds with logos that virtually jump off the page.  The large poster format of the day was used for social and political commentary as well as for advertising, often depicting women clearly enjoying the consumption of Cinzano, Campari, cognac and Suchard chocolates.  Several examples of these posters depicting the finer things in life are on display at the Silverado Vineyards winery in the Stags Leap district of the Napa Valley. 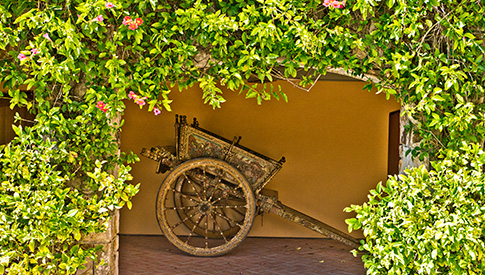 Silverado Vineyards is owned by Ron and Diane Miller, the daughter of Walt Disney.  They bought the land and existing vineyards in the 1970’s intending to grow premium varietals but ended up building a winery in 1980 in old California mission style so authentic that people take it for a restoration. A winding road leads up the hill to the art-filled tasting room and the private tour takes you down hallways rich with original works. 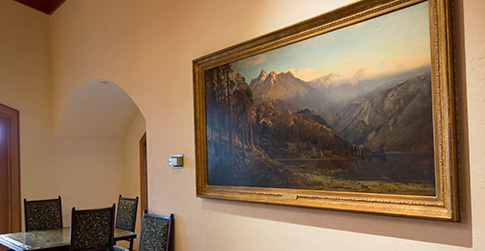 Seduction might also be the reason behind several turn of the plein aire century paintings by Thomas Hill on exhibit at Silverado.  “Lands End”, “View of Fort Point from Baker Beach” and “Bridal Veil Falls, Yosemite” each take a bit of liberty with reality (for instance the grassy bluff enjoyed by picnickers in the Baker Beach painting simply doesn’t exist). But the railroad companies that commissioned the first two works probably felt a bit of romance at the expense of complete accuracy might add to the allure of the destinations. 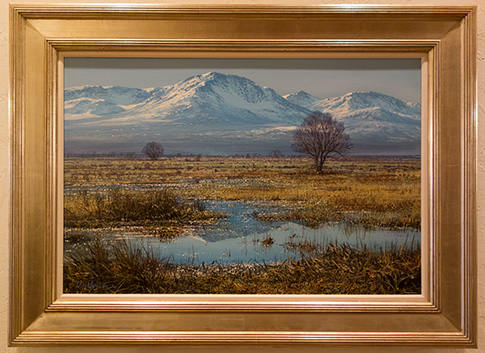 Harkening back to the Disney roots, you’ll also find several fine landscapes created by Disney set painters who applied their craft to these more easily displayed pieces viewable on the private tour.  And while the Belle Epoque poster and other fine art can only be accessed on guided tours, there’s one on display for everyone daily in the tasting room is a poster in Belle Epoque style of Remy, the epicurean rat from the Disney movie “Ratatouille”, about to enjoy a glass of wine. Apparently the motif could not be used widely as the FTC advertising code leans heavily against cartoon characters being used to promote wine because of the appeal to those under the legal drinking age.  While it curtailed distribution of the rat art, the value of the poster skyrocketed.

See if the seduction of wine works its magic on you as you enjoy the wine, art and the view from the Silverado Vineyards terrace.

Look for Thursday 2pm tours led by docent, Tom Kalbrener, himself a knowledgeable veteran of professional printing who shares the fine points of producing these posters.
707-257-1770