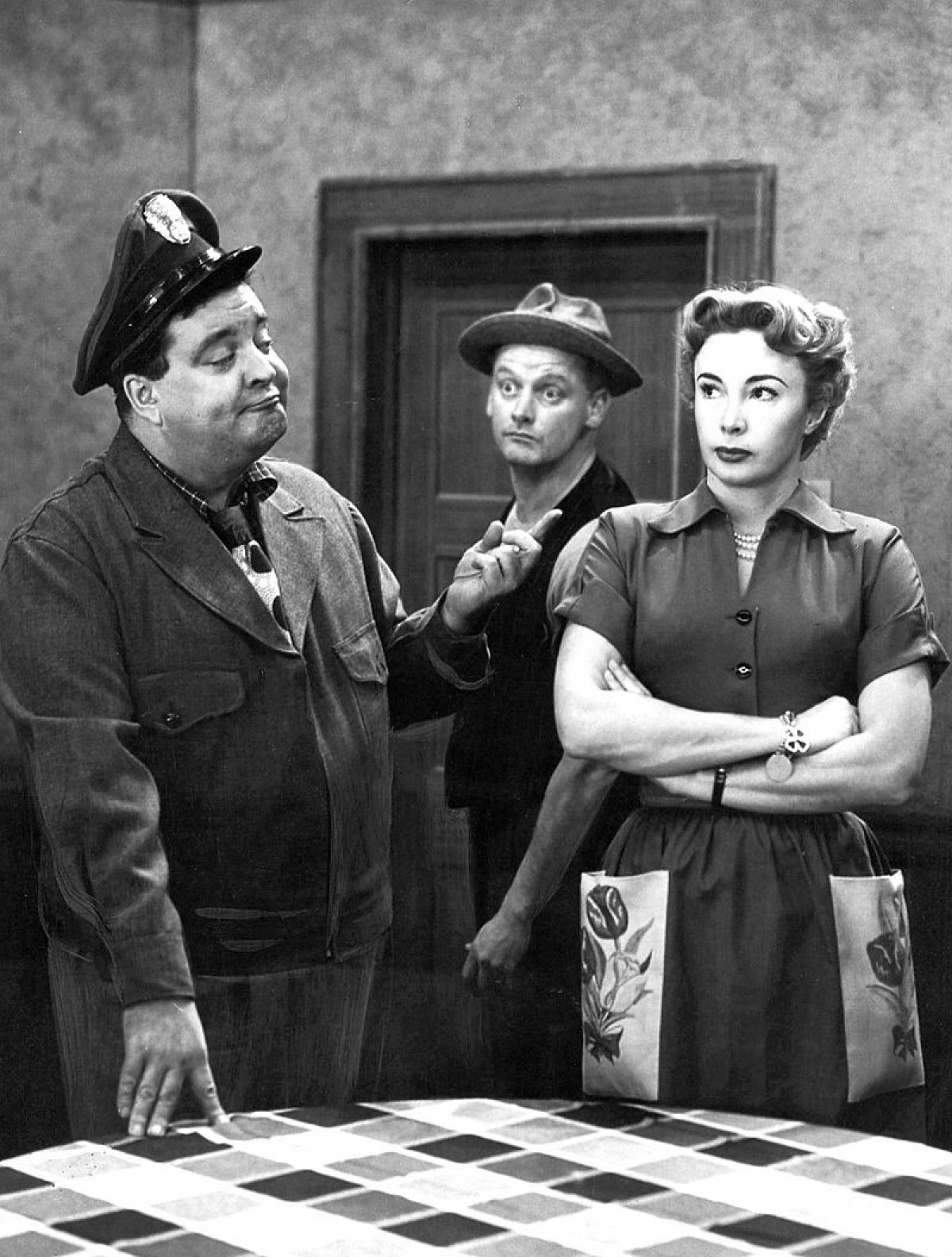 OPENING SEQUENCE, ANIMATED FIREWORKS AND NEW YORK SKYLINE.
MUSIC THEME WITH APPLAUSE IN BACKGROUND UP AND UNDER FOR:

RALPH SCOWLS AND PACES, STICKS HIS FINGER INTO FROSTING, TAKES A LICK.

RALPH
You know what’s wrong Alice, you know what’s wrong. Benedict, that son of ours.
I raised him to be my image, drive a bus or sumpin’, get a good union job, join the
bowlin’ league and the Loyal Order of the Raccoons. Now he’s tryin’ to be James Bond.
Its all your fault, Alice, all those bigger-than-his-britches words you put in his mouth.

RALPH
Yeow! Listen up Alice. I just got a text from him from — are you ready for this  — another dimension: length,
width, woof, warp…whaat? He’s nuttier than a Walnetto.

ALICE
Elementary my dear Ralph. Kindergarten. Caught in boy’s room smoking with caterpillar.
Forced to clap erasers. Chalk dust found at scene of strangling. Benedict put two and two together,
which he had just learned to do.

ED INTERRUPTS
I had to clap erasers once, for chewing gum in class, huh, huh , huh.

ALICE
Earth rotates at 1037.5646 miles per hour and circles sun at 66,000 miles per hour.
Need to launch eastward at 6AM tomorrow to achieve escape velocity…have to account for the……

RALPH (INTERRUPTS)
Wait, wait, Benedict has escaped from the Dark Dimension and…and, he has saved the earth…again.

RALPH
And he has been nominated Sorcerer Supreme.

ED
That’s about has far as you can go in the Raccoons, isn’t it?

ALICE WALKS OVER AND HUGS RALPH.

ALICE WALKS TO THE TABLE AND BEGINS SLICING THE CHOCOLATE CAKE.