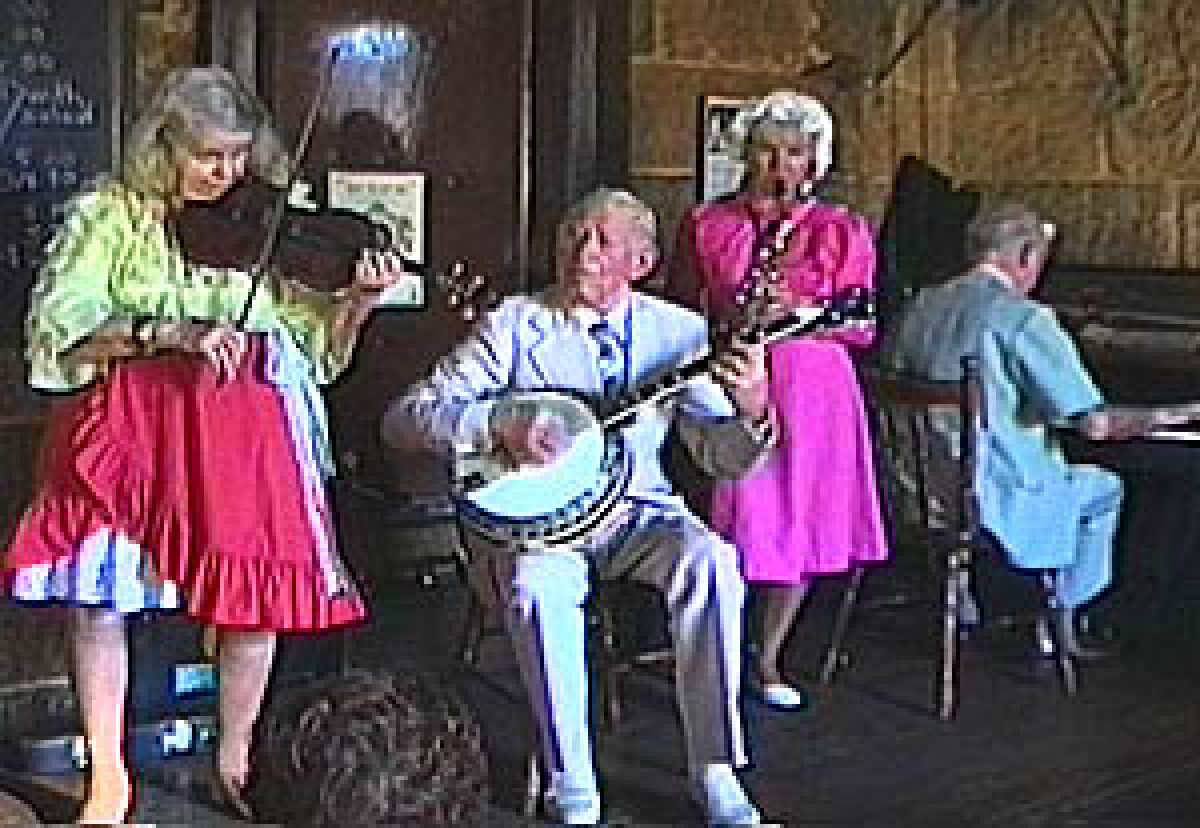 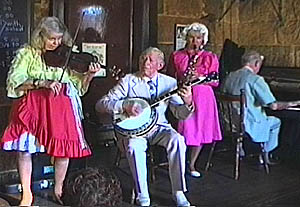 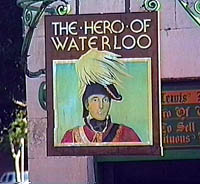 The Hero of Waterloo is loaded to the gills with Sydneyside yuppies and a few septics like me. Today I am not a sceptic, but a septic. Septic is what some Aussies call Americans, deriving from the Aussie version of Cockney rhyming slang. “Yank, yank, septic tank” was the verse.

These days, “The Hero” is an Irish pub, normally offering Irish folk music. But, who knows what you can find here.as the mike is quite open. On this Sunday, a few years ago, I was treated to a geriatric jug band: four old troopers, I am sure in their eighties. This place undoubtedly gets rowdier at night. Nobody was busting up table today, however, as I was entertained by a chantreuse who occasionally removed her dentures, mugged and lifted her dress. to cheers from the crowd.

Hey, this is the same culture that brought us dwarf tossing.

Actually, there has been a joke going around that adding that maligned sport ( allegedly invented by Aus 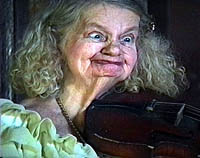 tralian bouncers) to the Olympics might give the event a bit of the boost. The world seems to have greeted the 2000 Summer Games, scheduled Sept. 15-Oct. 1 with a global snore. The more an event is hyped, these days, the less people care. Over 10,000 athletes will compete in 28 events.dwarf tossing excluded. There are all kinds of Olympic cruises and tour packages, but they’re not full, so you need not pay a premium price even though the prices are still listed as quite high. If you want to visit Australia, you might want to wait ’til summer. Aussie summer, which is winter for us septics.

The Rocks was Sydney’s first European settlement and, like many “old towns” around the world, it has been restored with cobblestone lanes, cafes and restaurants, shops, art galleries and.of course.pubs. The Lord Nelson Brewery Hotel, built in 1841 is said to be the oldest continually licensed pub in Sydney. Women weren’t allowed at the front bar until the 1970s. Now, I would guess, they outnumber men.

Another great place to “crack a coldie” or “tear a tinnie,” which means drink a beer in Aussie , is Manley. You can get there by land but it is better to take the ferry from Circular Quay, just below the Rocks across from the Sydney Opera House. The Steyne Hotel is opposite the beach in Manly, a paradise for surfer dudes. I visited in the afternoon, lolled around the beach for awhile, “cracked a coldie” at the Steyne” and grabbed the ferry back to Circular Quay at sundown.a great time to see a sunset and the Opera House lit up in its evening dress.

I like Sydney.let me count the ways. The climate is nice: the seasons are opposite the northern hemisphere (f you are a stargazer, there is a whole new sky to explore). The people are really laid back. I entered a morning meeting with a corporate VP in Sydney to find him with his feet on his desk and a beer in his hand. I especially like Sydney women. Most of the women I met were strong characters with a great sense of humor. One explained to me that it was their armor in the daily exercise of putting up with Aussie men.

Australia has an enormous number of public holidays, during which the country closes down. I was lucky to have wandered into the Hero of Waterloo the day before ANZAC day. I met a bunch of locals, who invited me to spend the holiday at the beach with them. We dined on greasy fish and chips (wrapped in newspaper), tore a few tinnies and toasted ourselves in the Aussie sunshine. When you are in Australia, always wear sunscreen.