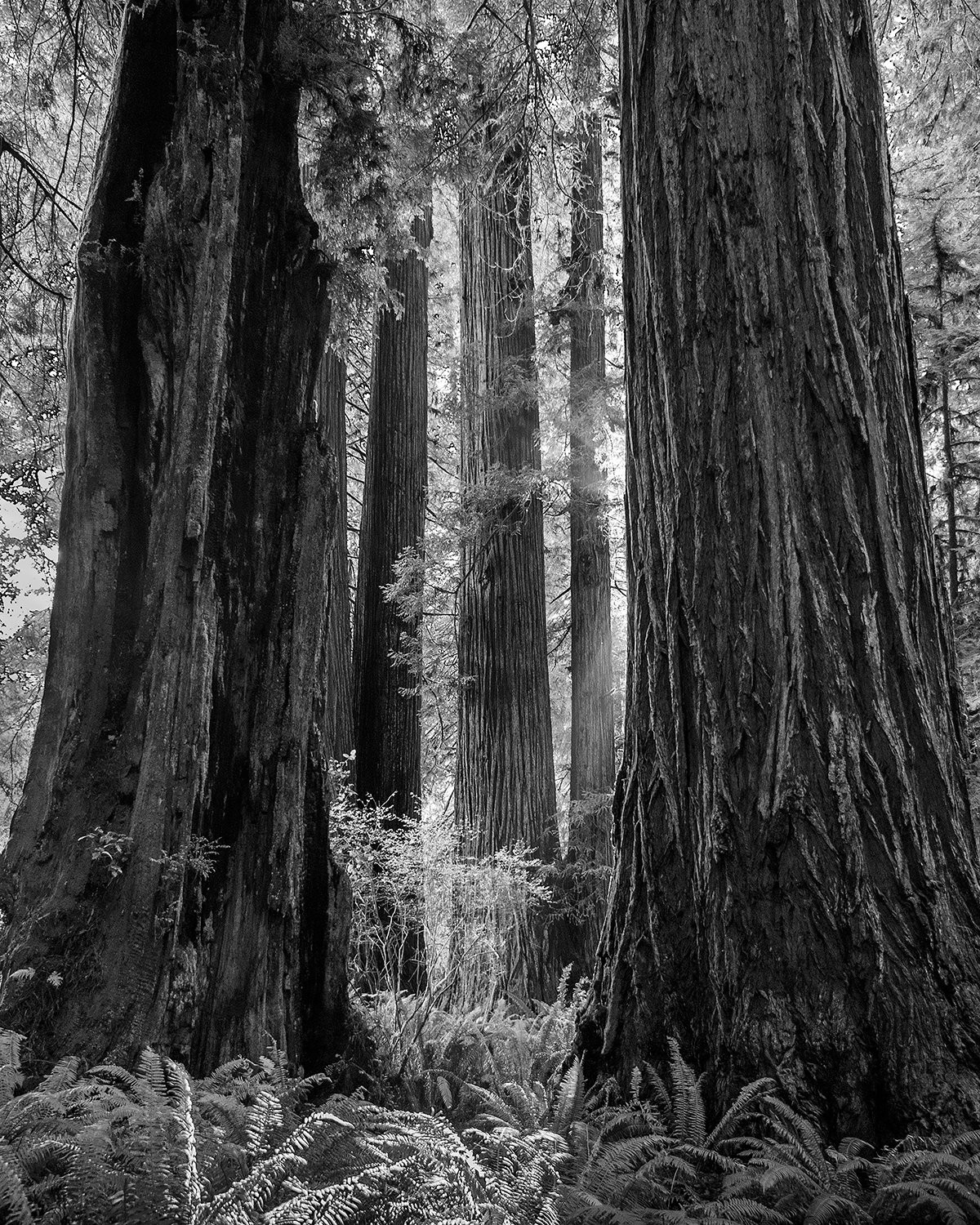 I am not a stalker but I have followed Ansel Adams around for years…sometimes on purpose, sometimes by accident.

I live in California and have traveled widely in The West so it was inevitable that I would stumble upon and photograph some of the same places he did. In the 1990s I was hired by the Redwood Empire Association to document northern California and southern Oregon on video, as Adams was in 1964 as a still photographer.  My photo, above, is in Founder’s Grove in Humboldt County thirty years after Adams photographed a similar scene.

Last summer I followed the Adams trail in Yosemite Valley guided by Michael Wise, a Staff Photographer at the Ansel Adams Gallery.

Adams lived there and wandered the valley, first with a huge film camera with bellows, then a Hasselblad.

Although we think of Adams as a purist, if he were alive today, he would have loved digital photography and today’s new tools. Adams’ photos were highly doctored in the darkroom. Wise showed us various prints of Adam’s famous “Winter Sunrise, Sierra Nevada from Lone Pine” photograph. Each was different. 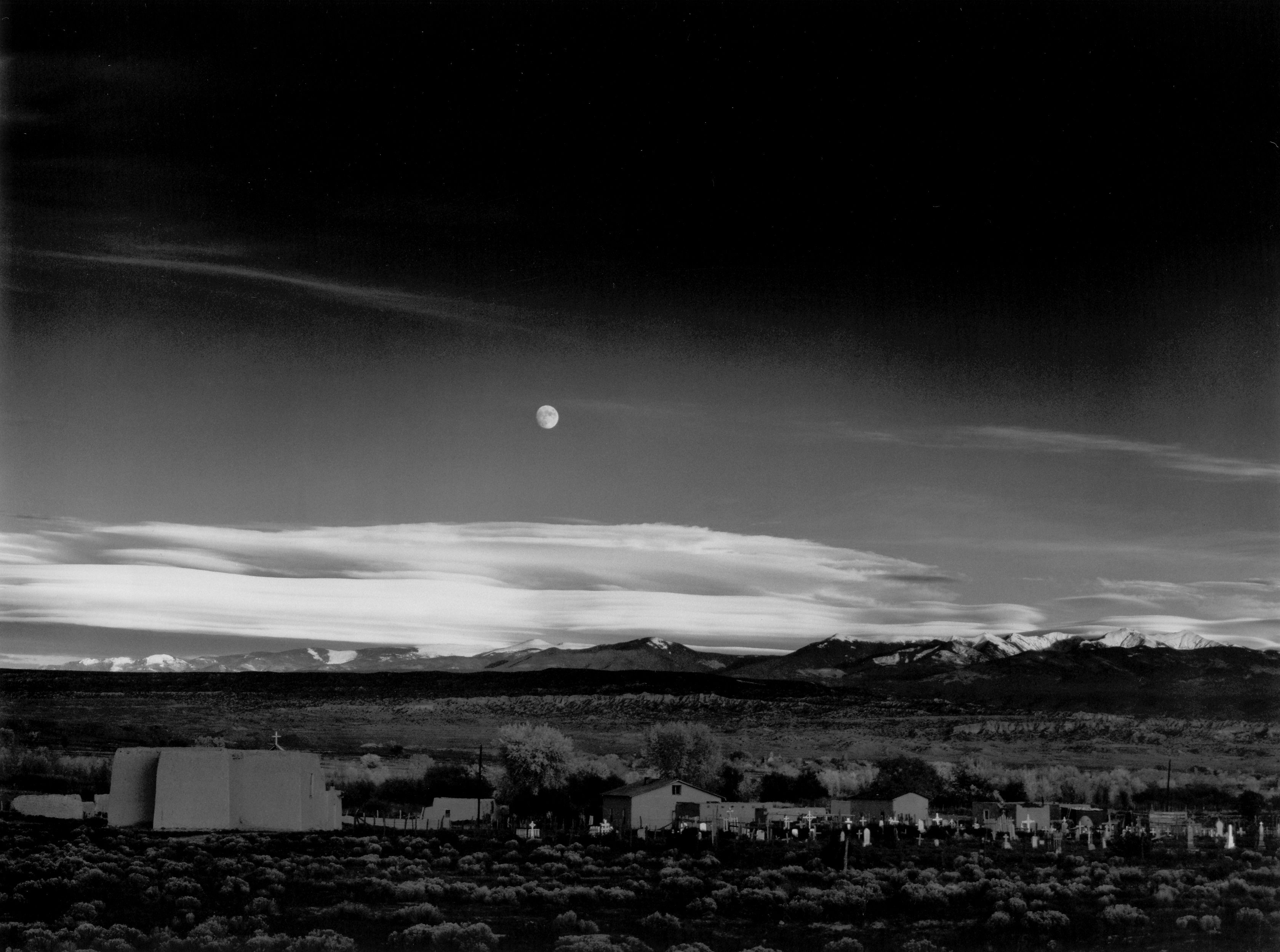 With “Moonrise, Hernandez, New Mexico,” Adams exposed for the moon in the camera, which made the rest of the picture way too dark. The building you see in the foreground showed up with almost no detail in the original. In the darkroom, Adams pulled off a his magic by exposing the moon (dark in the negative) longer to let the rest shine through.

Photoshop, among other digital editing programs, does exactly the same thing, without the nasty chemicals.

Wise took us to the very spot where Adams photographed “Moon And Half Dome” with his Hasselblad. On it, Adams affixed a dark red filter, which made the sky dark. That is not exactly natural but it leads your eye to the rock rather than off the top of the picture.

From the same spot, I took a color shot and made it black and white in Photoshop, adding the equivalent of a red filter on it afterward. Instead of fluttering my hands over the trees on the bottom under an traditional photo enlarger, I lightened them in Photoshop. My only real cheat was inserting the moon, cut and pasted from another picture I shot nearby the night before. Adams might not have gone that far.

Those trees in my version weren’t there when Adams shot his picture in 1960. Wise told me that the conifers are weeds in this setting, introduced later. The US Park Service is now replanting the oaks that were native to the valley.

Here are some of the other places where I have followed in Adams’ tracks. (Archival prints are available at russelljohnson.com). 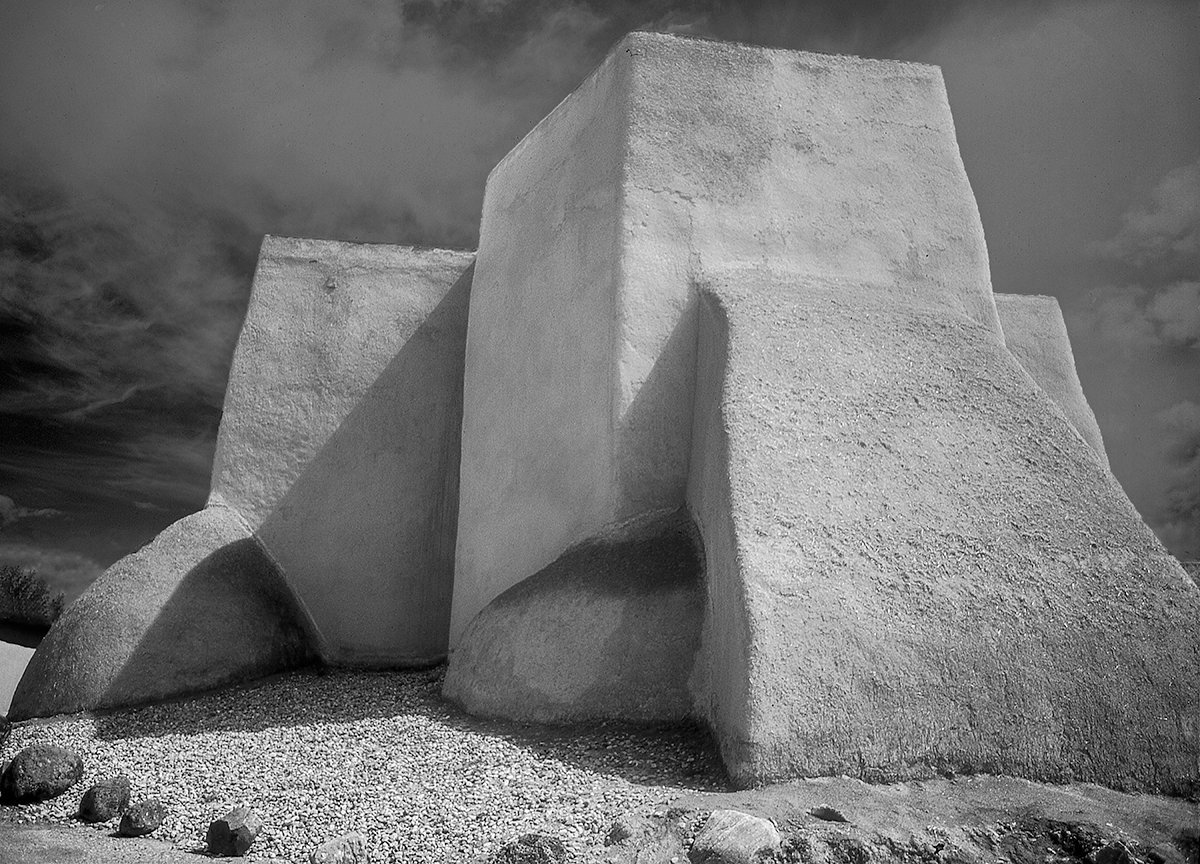 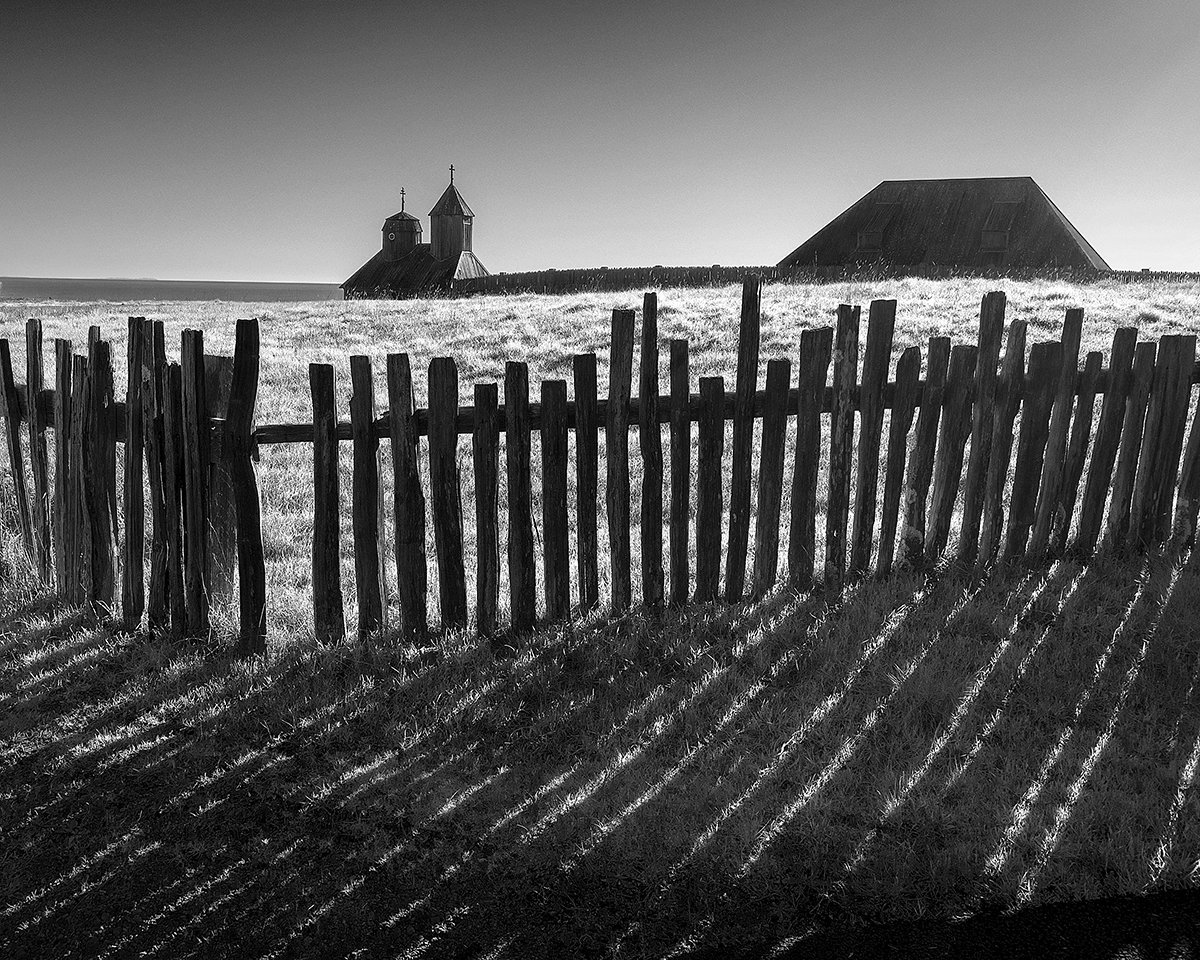 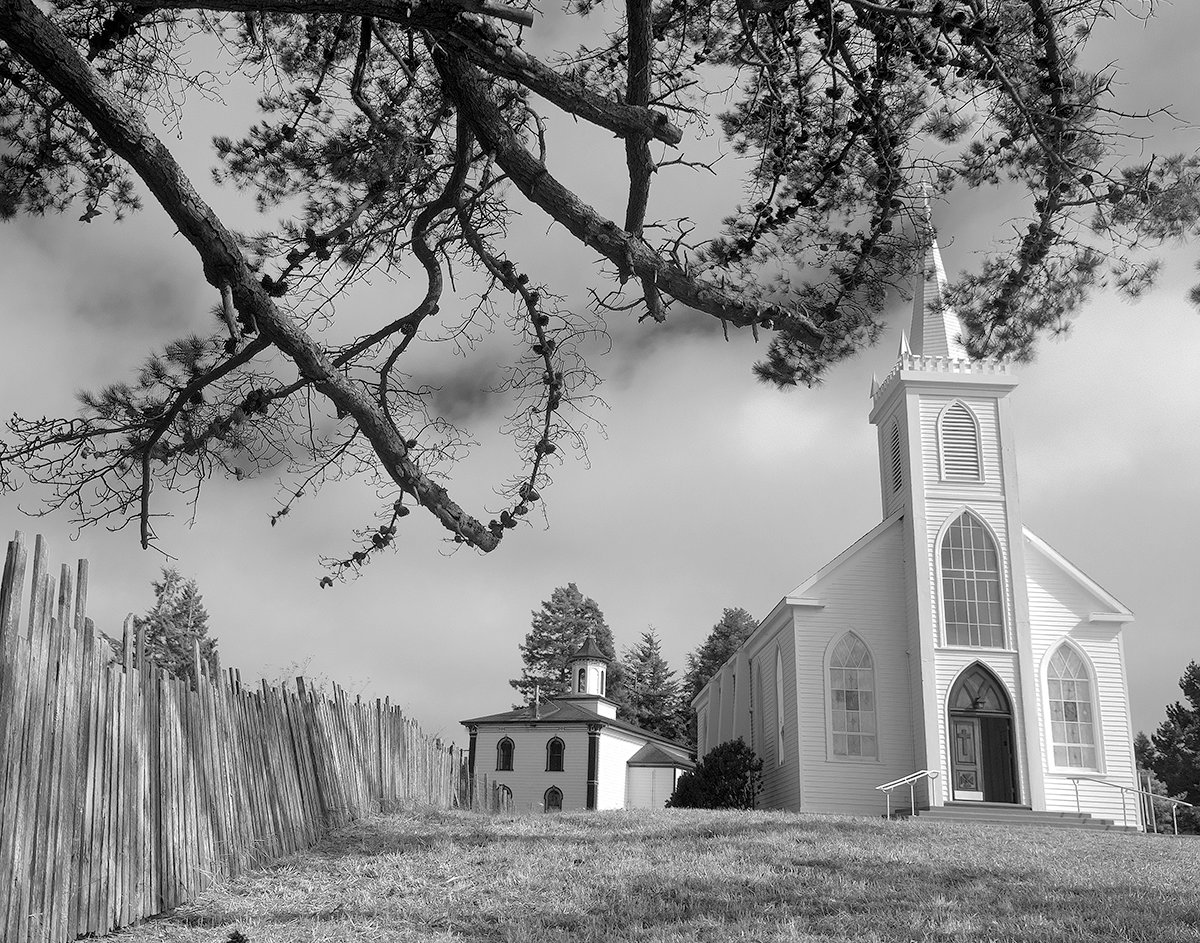