Seaglass Restaurant at the Exploratorium: A Sense for the Feasters 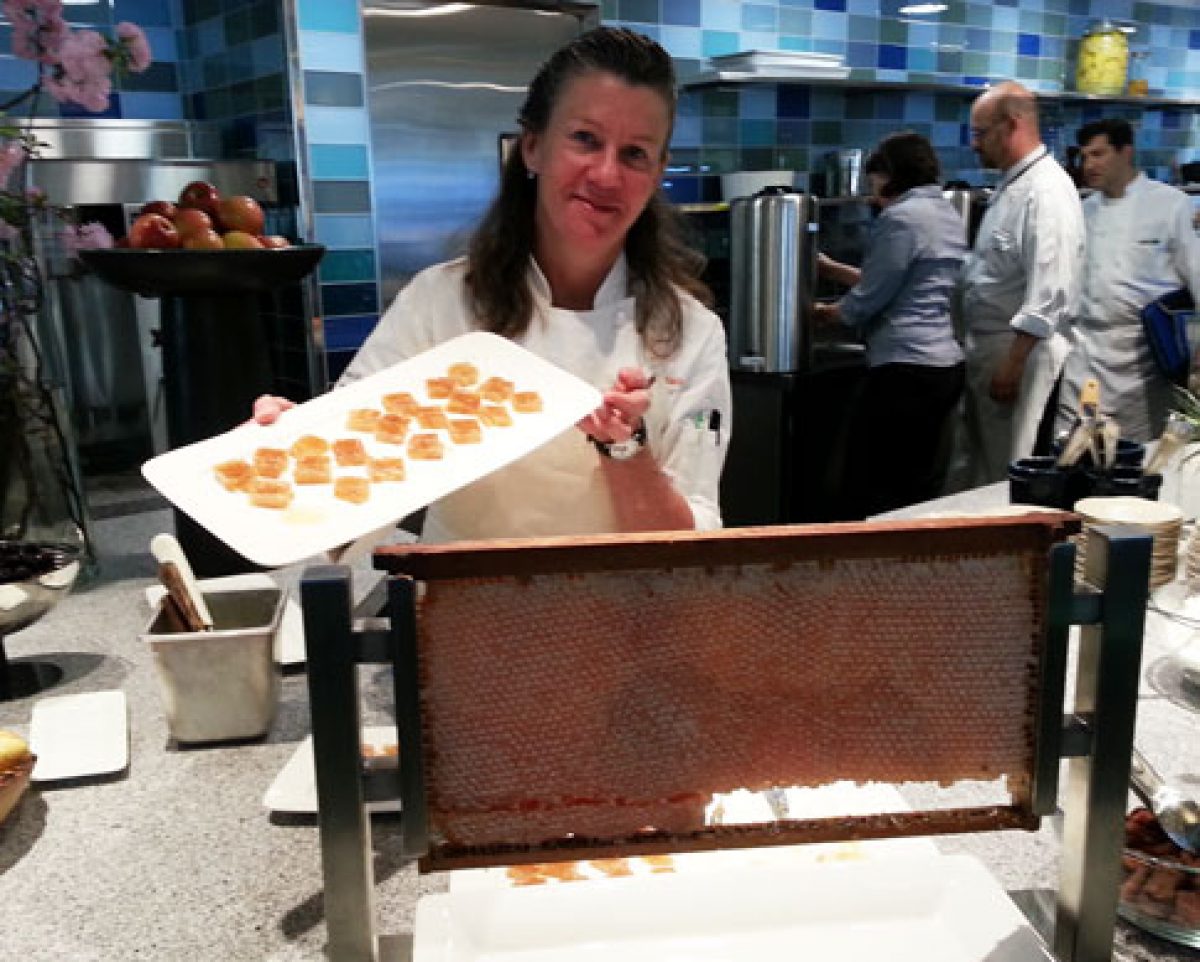 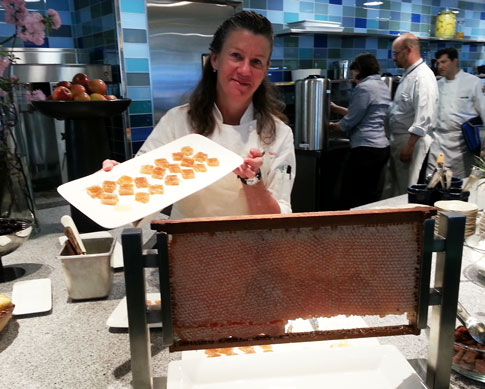 My husband turns around and smiles.   “Yes,” I smile back, “HONEY” pointing to a large, fresh frame-mounted slab of honeycomb on display along the buffet line at the Seaglass Restaurant at the new San Francisco Exploratorium

We are treating ourselves to precious 2-inch squares of tender honey-filled comb sections that lean up on a soft mound of Straus Family Creamery yogurt accented by a couple of dried apricots and blanched almonds.

Typically such delicate fare is reserved to impress on special occasions, but Executive Chef Loretta Keller who is on hand to serve our morning treat assures me that “the honeycomb will be here as long as the honeybees are,” nodding at the leather bound reference tome nearby, ‘The Hive and the Honey Bee’.  Not to take the little buzzers for granted, another sign states that our endangered honeybees must touch two million flowers and fly the equivalent of more than twice around the world to make one pound of honey.

Seaglass fits the ethos of the San Francisco Exploratorium. The 200-seat waterfront restaurant at the end of Pier 15 offers a sweeping view of the bay and something for everyone from kids to adventurous foodies.  On the menu: sustainable, local seafood, Sonoma coast kelp and quinoa salad, clam chowder (in not the two but four different styles), crispy fried haddock in lemon yogurt and lots of healthy snacks and beverages.  The raw bar is managed by local sushi master Sachio Kojima. And Seaglass, while dramatic, will be friendly cafeteria style while the museum café, The Seismic Joint will offer to-go and lighter fare. 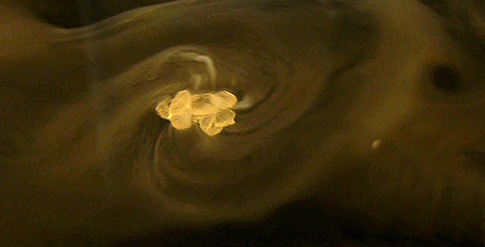 Back at Seaglass we watch tiny explosions in the glass-topped water-filled counters: Icy Bodies, created by Exploratorium artist Shawn Lani, features the periodic firing of clusters of tiny dry ice fragments that fog, spin, skitter, and collide with each other. Even the counters at Seaglass offer a lesson in matter, evaporation and condensation.

With the San Francisco Farmer’s Market just ten minutes away at the San Francisco Ferry Building, Loretta Keller has quick access to high quality, small production ingredients available for her varied menu.  Later in the day she was off picking up produce for another reception the same evening.   She and Operations Manager Clay Reynolds, are planning to make Seaglass the same kind of special dining attraction as the Academy Café and The Moss Room Restaurant at the California Academy of Sciences where they left their footprints before coming to the Exploratorium.

The restaurant cater smostly to museum guests.  But if you’re like me and worry that you can’t resist tinkering with something in the lab or get sidetracked by the hundreds of exhibits in the 330,000-square-foot museum, look for a side door for access from the outside.