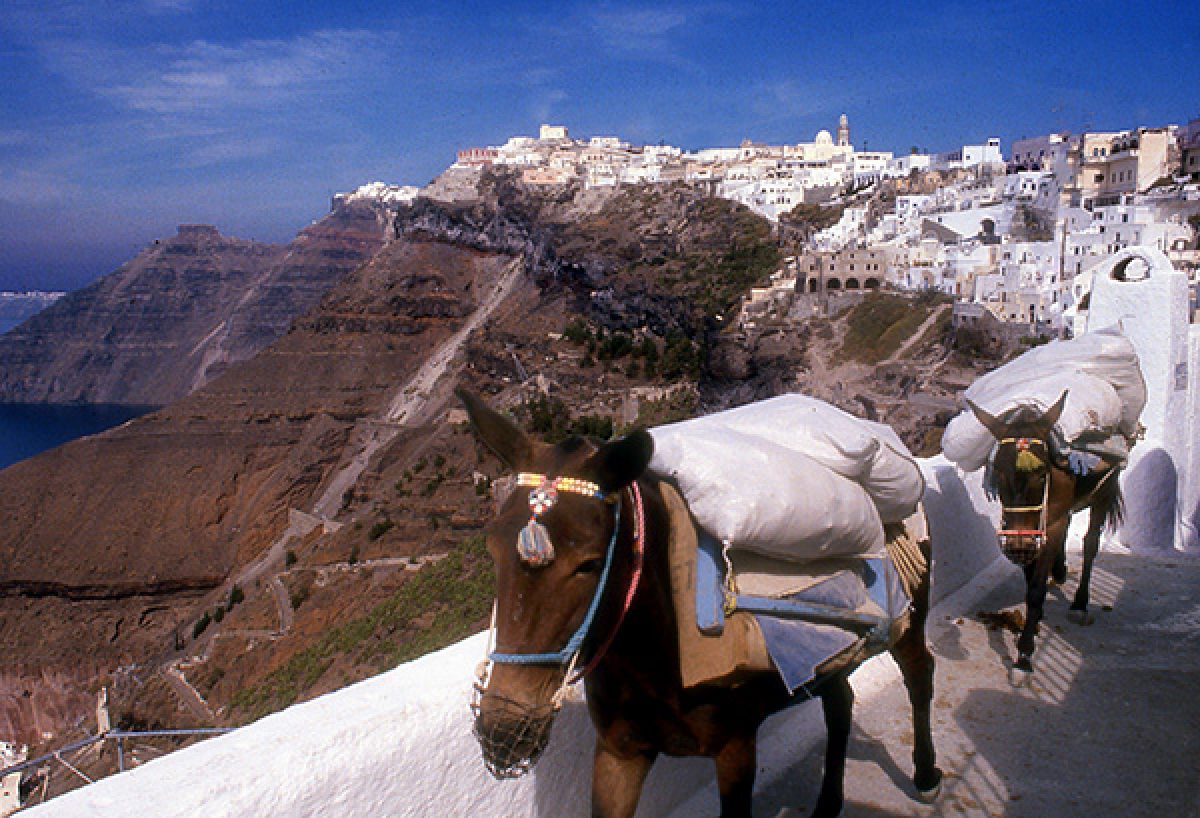 Why are dangerous things so beautiful. Frogs, for example. The most poisonous ones are the most colorful. That could go for women too, but I am not going there.

Some of the most striking scenes on earth are formed by cataclysmic events. I spent a few days climbing the hills and walking the paths of the Greek island of Santorini, formed by one of the largest volcanic eruptions since humans put chisel to rock. 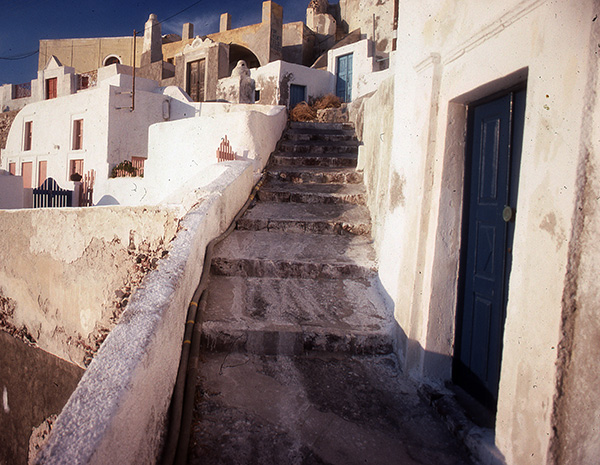 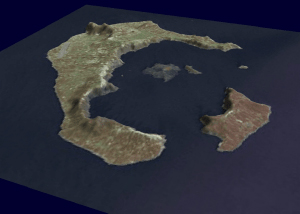 Four times the size of Krakatoa, the Minoan eruption, which happened some 3600 years ago, formed a volcanic caldera that violently crashed, sending out gigantic tsunamis. Santorini’s whitewashed houses, churches and now hotels, some trimmed with pigments made from volcanic ash, tumble down the lava mountains that remain. Donkeys carry supplies and tourists walk its narrow, steep stairways and streets. There are black sand beaches, red sand beaches, white sand beaches, depending on the composition of layers of volcanic debris. 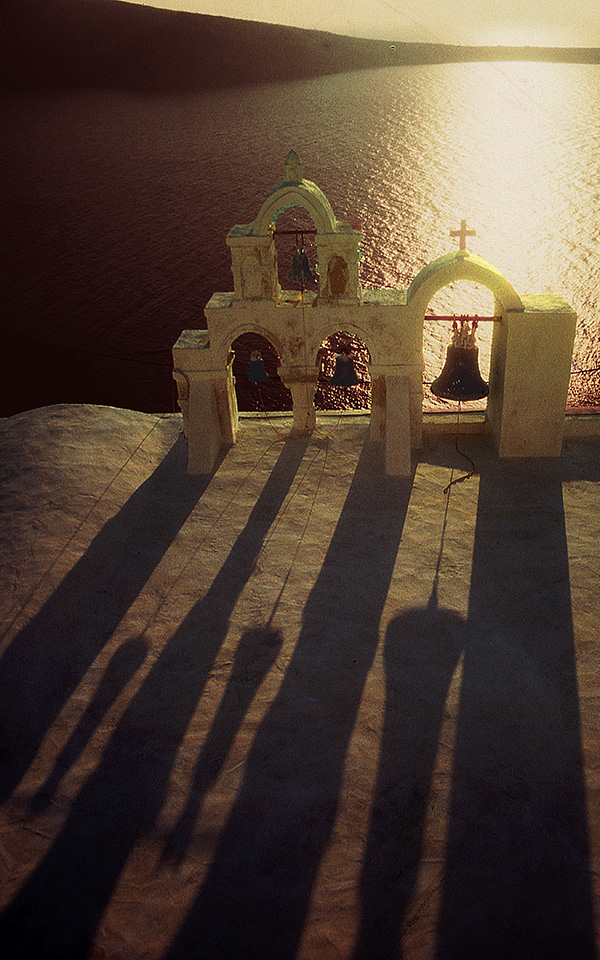 So, what happened when Santorini went kaboom?

It happened during the height of the Minoan civilization on the island of Crete (remember the legend of the Minotaur, part bull part man)? A monster tsunami, created by the caldera collapse, may have destroyed it.

Also, architectural finds at Akrotiri on Santorini match technologies described by Plato. The big boom might have been the inspiration for Plato’s Atlantis myth.

Oh, and there are some heavily disputed theories that tie the tsunamis to a plague of locusts in Egypt and, holy Moses,  the story of Exodus, that the parting of the Reed Sea (not the Red Sea) was really the flooding and draining of marshes in northern Egypt. 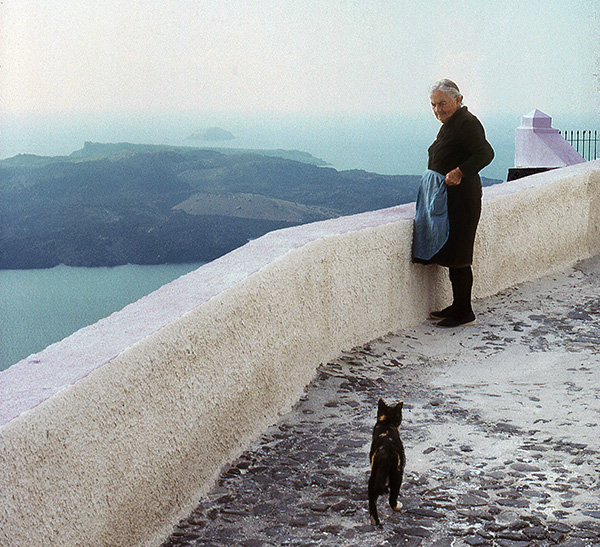 When something dramatic happens, people usually come up with a ‘splaination for it.

Here is a priest I met after he rung the afternoon bells at a local church. These days, that usually signals happy hour. 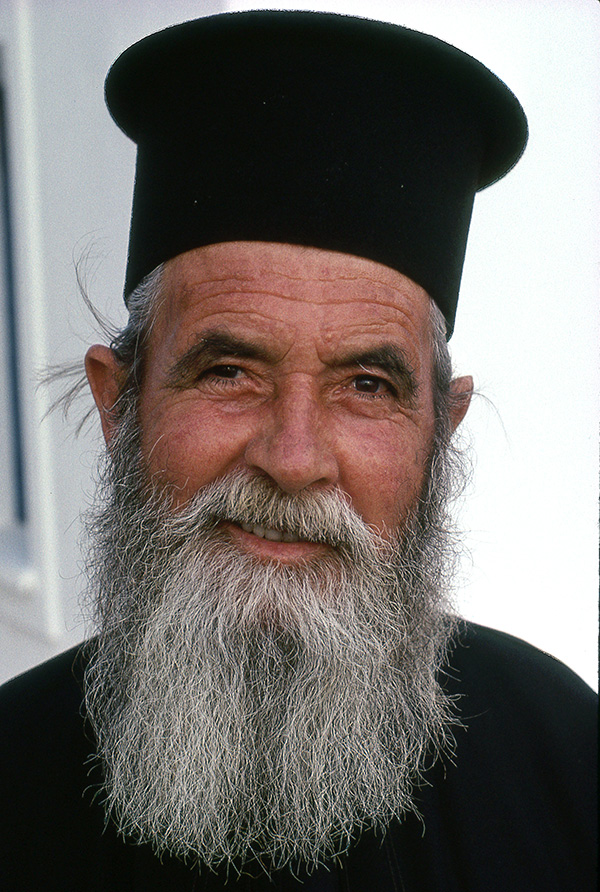