Salvador do Bahia, BRAZIL: Voodoo to You 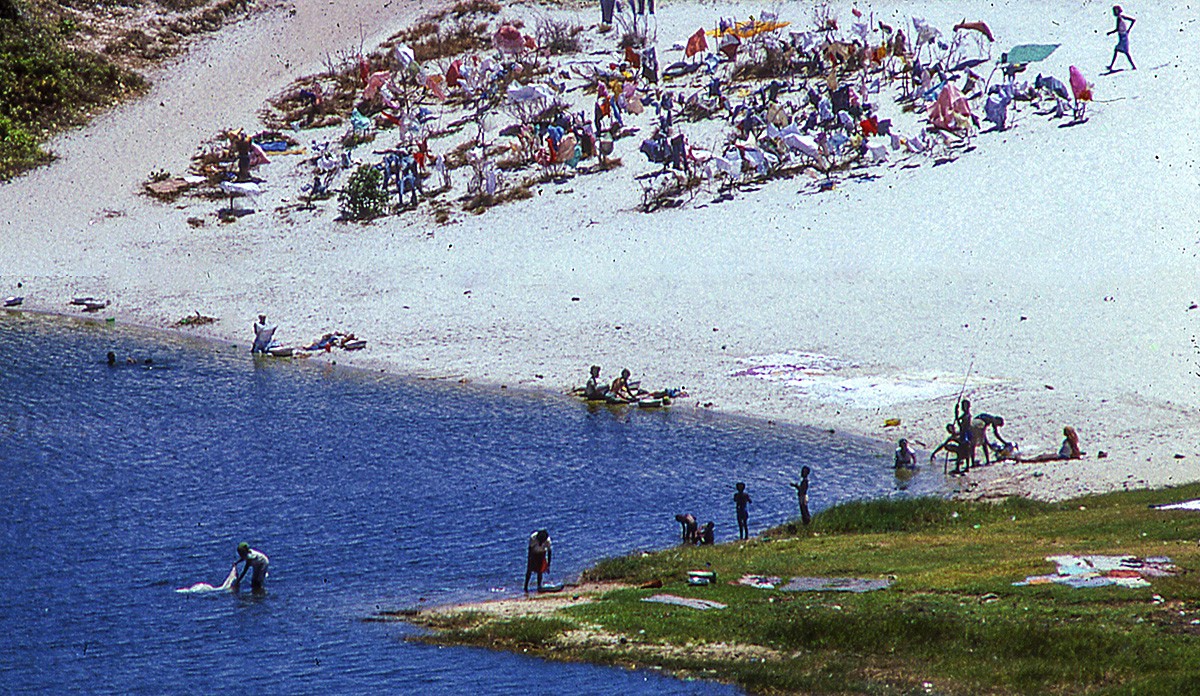 Fog-faced, pale-faced San Franciscan, you shouldn’t have done it. Half an hour in the Bahanian sun and skin reaches flash point. With the raw pain of linen scraping parched flesh, I bumpity-bump down steep cobblestone streets in the back seat of a VW taxi, knees nearly touching my nose. Brazilian pop music, gargles through a torn speaker behind my left ear.

From the palmed beaches, where climate-controlled high-rises stand like huge aerosol cans, cabbie runs slalom between rows of pastel colonial houses to the heart of old Bahia, dodging horses, carts and citizens with all manner of commerce balanced upon their heads. My eyes grab for scenes, images I have never seen before, anywhere. but must let them go.

Cabbie sees a shapely Bahiana in a halter top. He slows down, puckers up, and makes kissie noises. She ignores him.

Salvador is the legal name of this bay-side, ocean-side city halfway up the coast of Brazil, but most people call or sing it Bahia. Bahia was the first city the Portuguese founded when they forced the native population inland in the 16th Century and was Brazil’s capital for more than 200 years. Gold, diamonds, sugar and slaves passed through its port.

It was said that that the bay of Todos os Santos, on which Bahia lies, could hold all of the ships on earth.

There are two Bahias to discover. The first is easy: check into a luxury hotel and hang out on the beach. You can disco ’til dawn, just like Miami, Acapulco, Honolulu.any other “fun and sun” spot. The other Bahia can only be discovered on foot, slowly savoring the details: doorway framing painterly pictures, sounds, smells, rhythms sniping at your senses. Man dabs pastel blue on a baroque storefront. Palm oil sizzles as a huge turbaned black woman fills a street corner with pots and pans and the smells of frying fish and beancake. Rhythms of rap and samba float through open windows.

A young mulatto pings an eerie rhythm on this berimbau, lifts his head and gives the thumbs-up sign.

Senhor do Bonfim Church commands a knoll on what was the outskirts of Bahia. Motel-like buildings, which house pilgrims, ring the square next to it. Bonfim looks like a typical baroque Latin American church. But then your eyes shift to some bowls of beans and fruits next to a bush. My guide turns her head away, “Candomble,” she says, “Voodoo Curse.”.dolls and pins and B movies flash through my mind.

Wherever you go in Bahia, you feel the spirit brother, Catholic and Condomble. Voodoo to y 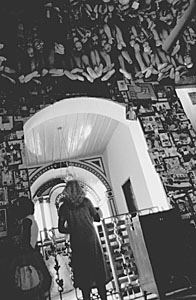 ou. What might look like a pile of rubbish on the sidewalk could be an offering to an African deity. West African slaves mixed both genes and religions with their Portuguese masters. All shades of skin, all shades of faith. Roman Catholic saints have their counterparts in African gods and share the same celebrations.

The biggest celebration is Carnival, which in Bahia attracts an estimated 2 million people and is said to be larger than the more famous one in Rio.

Now, you may not want to hang out with 2 million people (specially 2 million party-people). But, from December through March, Bahia has a carnival of sorts almost every weekend. Ten of them, to be exact.not including Christmas. They are much smaller than the big Carnival but just as fascinating and almost as wild.

The festival of the washing, the perfection of Bonfim Church takes place the second Thursday in January and it begins in the morning with a pious procession from central Bahia to the church, about 10 kilometers away.

The parade is traditionally led by “The Sons of Gandhi,” a carnival group formed to honor Mahatma Gandhi.

Bonfim, means good finish. It looks like a typical Latin American church on the outside.but it is a very powerful place. Young men bring their cars here for blessing. And, in the ceilings of a chapel hang replicas of arms, legs, torsos, heads, whatever part of the body that gave some parishioner pain. Display it here and by some miracle of a saint, of the African God Oxala, or both, together, it will get better.

What they do on this festival day is splash perfumed water on the church steps in a symbolic “washing.”

And, that is the cue for the end of all of the serious stuff. The parties begin. This wild street fair lasts though several sunrises. The streets are filled with Samba, Rap, random drunken jumping up and down. Hundreds of thousand of liters of beer consumed.along with cachasa.a fruit-rum drink that will have you dancing the samba even if you don’t know how. And some wonderful street food: moqueque de piexe.which has a far better ring to it than its English translation fish soup. It is actually a stew with coconut milk, onions, bell peppers, tomatoes, other vegetables and seafood including shrimp, fish, crab, ray, or shark.. Brazilian barbecues are great. They tend to overcook their meat, however, and if you want “medium rare” you order “al pasado” meaning, roughly, passed poorly over the fire.

But Bahia isn’t just for wild partying. There are five star hotels lining the beach. Beaches, some pristine run for about seventy miles. The Brazilian government has also created some new nature reserves.

So, if you want to see the real Brazil, skip Rio, which is too big and scary for my tastes. and head directly for Salvador.