Rodeo USA – What Are These Bull Riders Thinking? 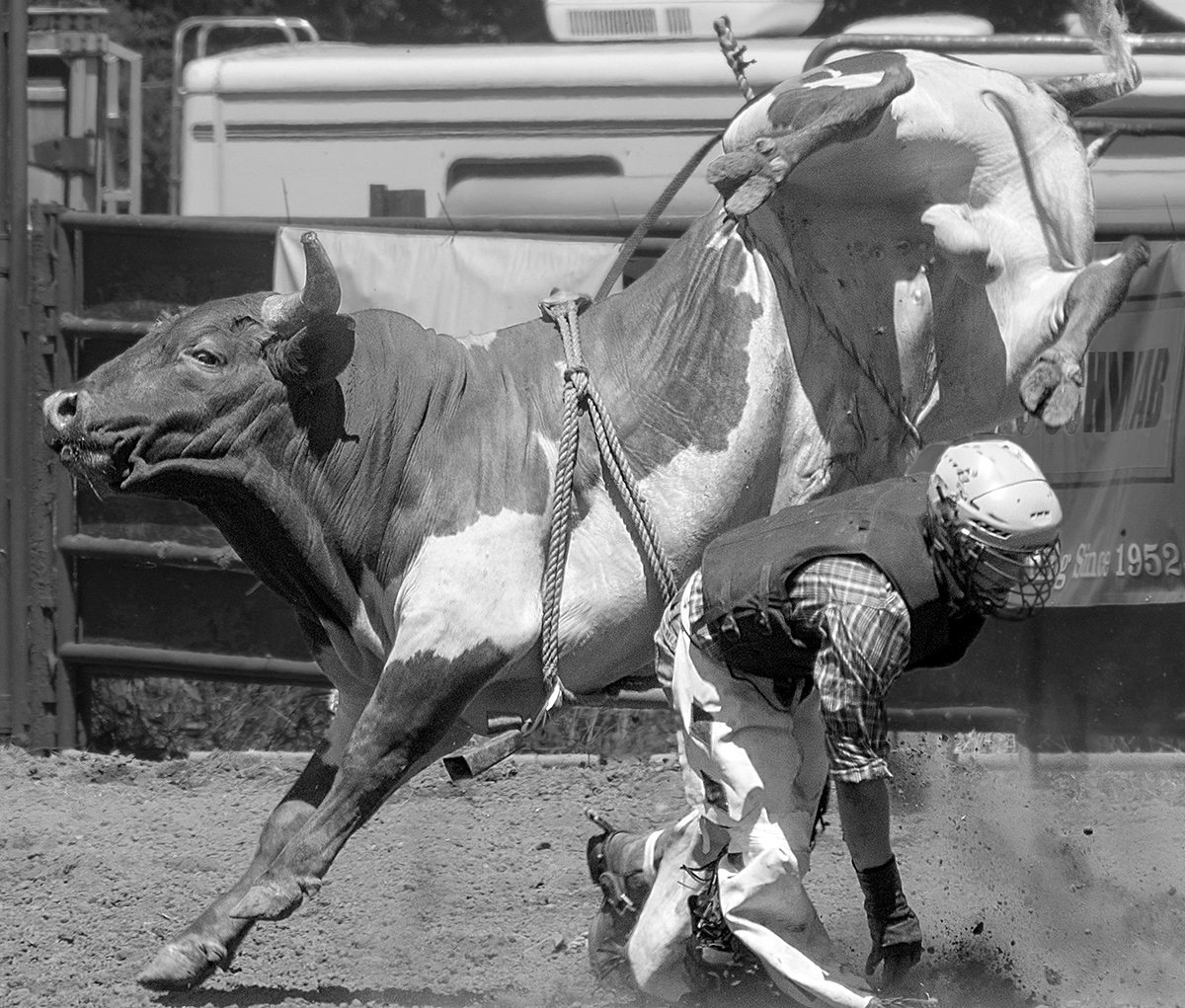 Imagine, if you will, an SUV frozen in a momentary apogee above your head.

I’m at the Russian River Rodeo in the tiny town of Duncans Mills, one of more than sixty rodeos across California during the summer.

Just what are these bull riders thinking? I once worked with a TV anchorman who rode bulls on weekends. As part Native American, he said it was his heritage. Our bosses were not amused. Larry Mahan, once called King of Rodeo, said these bulls were the meanest, rankest animals on the face of the earth. “They want to get you even after you get off. Its not over until you leave the arena.” On a recent weekend, the Professional Bull Riders Association reported one rider knocked unconscious and two concussions…and that was only in their professionally-sanctioned events.

But, with due respect to The King, it’s more about show biz than bovine malevolence. So, why do bulls buck? Mostly, like most of us, they want to get something off their back. They are never broken as a horse might be. But they are also trained, like professional wrestlers, to put on a show. Some are trained by strapping dummies to their backs. In the arena, something called a flank strap is tied around them. The additional pressure (not pain as the strap is padded) further enhances the motivation to “get that goddamned cowboy off my back”

A full ride is 8 seconds, during which the bull and the cowboy are scored. According to the PBR, the bull is judged for its spin, its changes in direction, its back end kick, its drop in the front, and its body rolls. A rider is judged for control: how well he matches and counters the bull’s moves, how centered he is and how fluid his movement is. In other words, this is kind of a ballet, a far cry from sticking a few coins in a mechanical contraption in a honky tonk joint.

I can see the reasons many fans follow these rodeos around. Good cowboy music, ribs and chicken, and now, designer beer. Not to mention a fair number of whoa moments.