A Space for Place: Photography at SF’s Pier 24 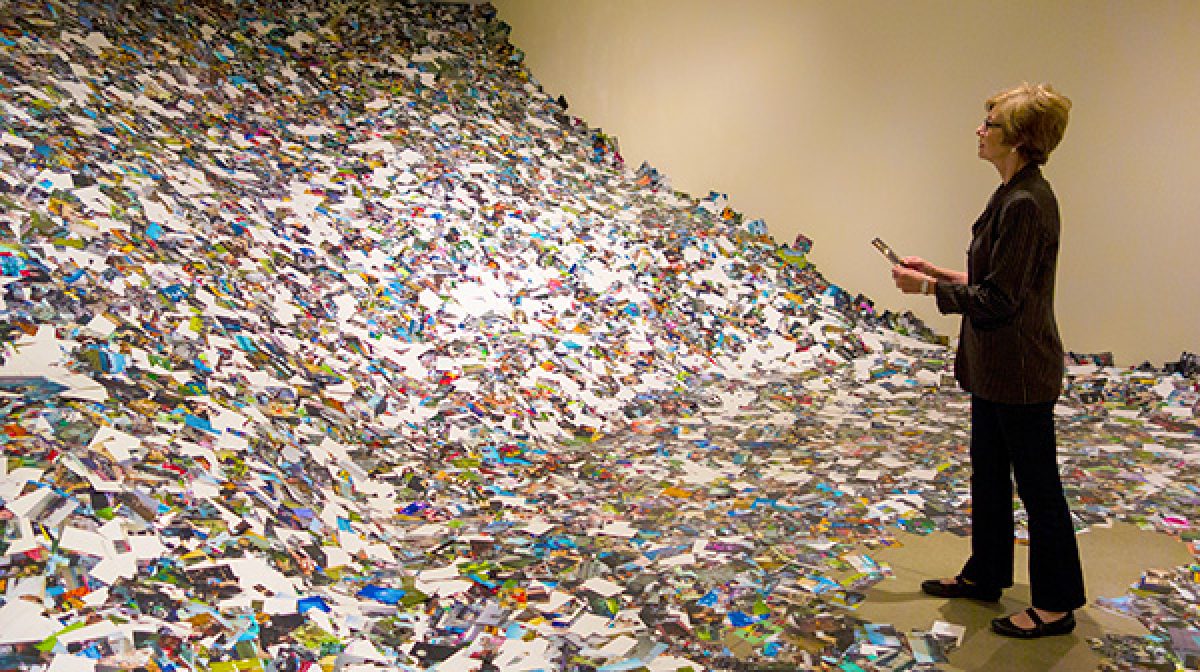 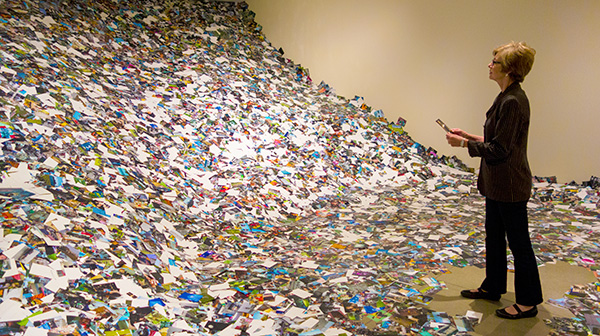 At first glance the hill looks like a bunny slope only that this one is covered in snapshots. Yes, real snapshots. 350,000 of them to be exact, a representative sampling of the over one million photos uploaded for public viewing on Flickr in one given day during 2010. The exhibit was part of San Francisco’s Pier 24 Photography gallery’s current show, “A Sense of Place.”

We stepped through Erik Kessels’ installation called “24 HRS in Photos” along a small pathway at the base of the photo mound, picking up a snapshot here and there, catching a glimpse of what must have been important enough for someone somewhere in the world to capture with their digital camera: A smiling face, a front porch, a hasty group shot of youngsters and their parents. These snaps were posted, sometimes within minutes, for all the world to see.

Counter that immediacy with another photograph in the collection, Andreas Gursky’s “F1 Pit Stop III”, a dizzying 20-foot photo of F1 pit crews and fans created by the highest-paid photographer in the world (who reportedly sold one rather uninteresting photo for $4.3 million). This wall-sized work is painstakingly produced. It is stitched together from images created in many locations including Gursky’s own studio:

You can’t see it in this small image, but every detail of the photo razor sharp…uber-sharp. Gursky’s laborious technique of connecting and balancing diverse photos into what appears to be one massive tableau results in the viewer being sucked into the picture where every detail from the intensity of the two pit crews to smallest racing fan in the observation deck to the hot leather-clad blonde model posing in the center is perfectly accessible to the eye. However perfectly shot and assembled it is, it just ain’t natural. And compared with the hill ‘o snaps, maybe that’s why he makes the big bucks.

Other installations at the gallery include the personality of American towns by Lee Friedlander, shot entirely from his car. We found it particularly interesting in “America by Car” to see how he used the rear-view mirror of various model cars over time to interact, bisect or reflect the not only the landscape but in some cases Friedlander himself. Still others include historic photos – not of the remarkable, but rather of the more mundane made special simply through the act and art of the photographer’s eye and the lens.