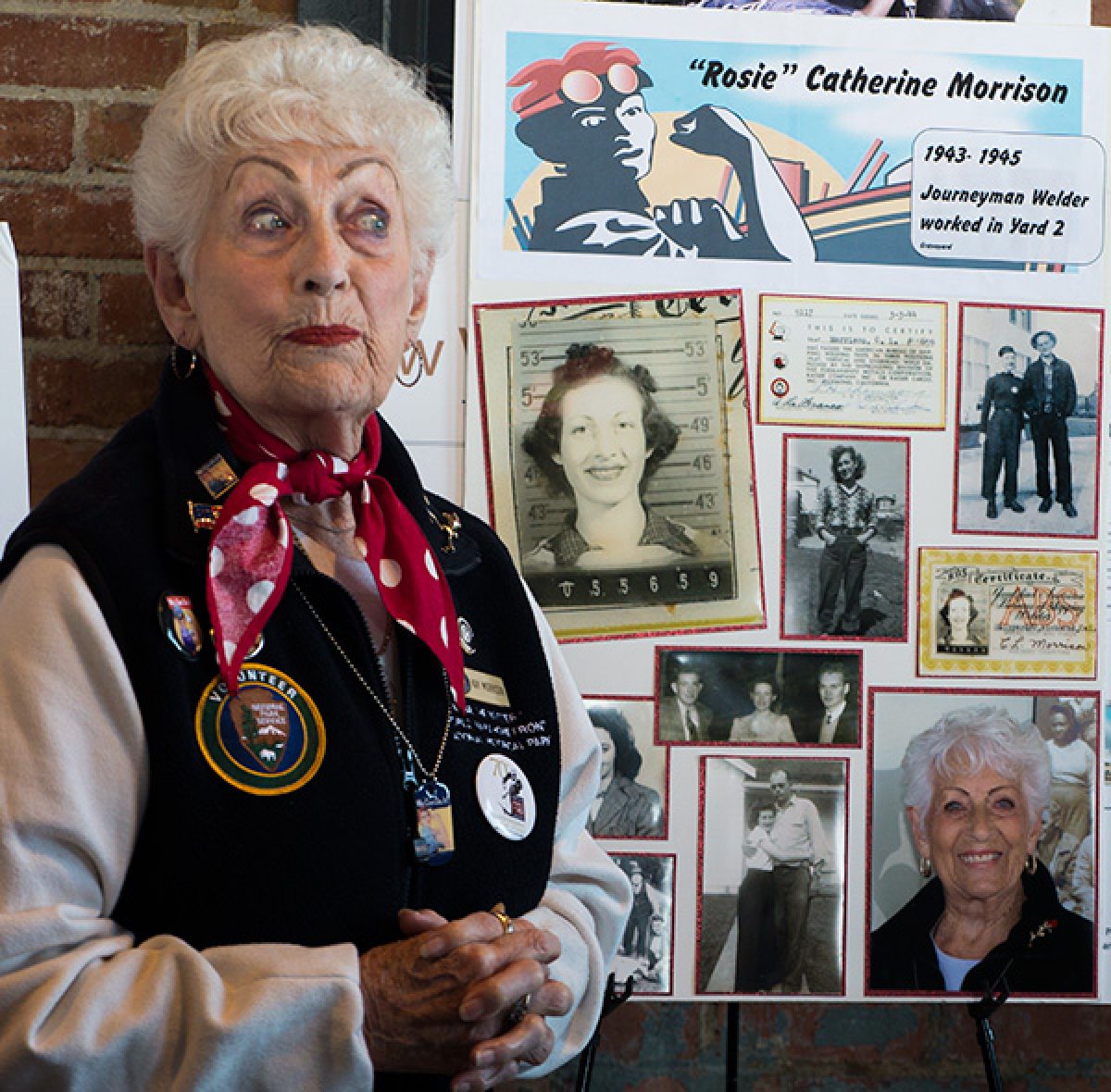 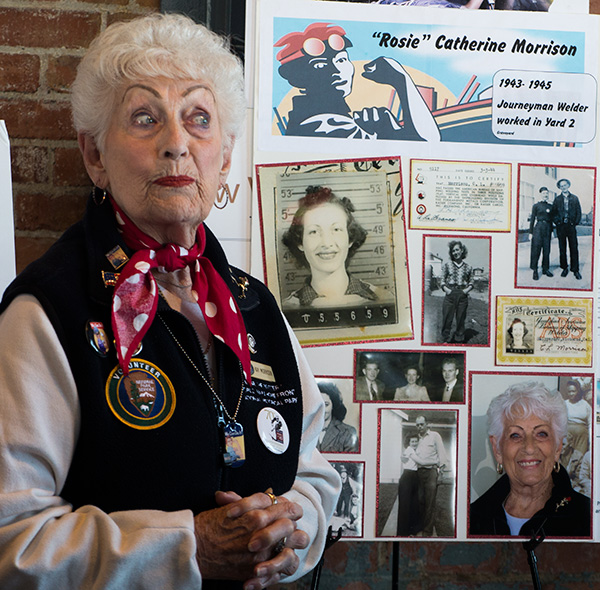 “I could tell a man’s weld from a woman’s weld,” said Catherine Morrison with a wink as she gave her first-hand account of what it was like as a woman to build battleships during World War II. 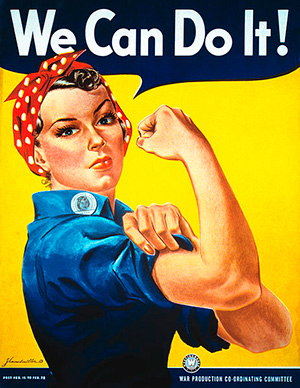 Our “Rosie” was one of four women docents at the Rosie the Riveter WWII/Home Front National Historical Park on the waterfront in Richmond, California, an attractive urban museum just a half hour’s drive from San Francisco.

The red kerchief around her neck set off the white hair and the huge twinkling blue eyes of the plucky 90 year-old who was one 90,000 workers who in her youth built hundreds of ships in the Kaiser Shipyards in Richmond, California during WWII.

Not content to be a riveter, Catherine was pleased when one of the welders took her into his confidence and taught her his craft. At the top of her display at the museum she proudly displays her certificate as a Qualified American Bureau of Shipping Journeyman Welder having passed tests for welding “in three positions, flat, vertical and overhead. “Welding, it turned out, had significant advantages over rivets, which could add hundreds of tons to ship’s weight. Catherine welded ships from 1943 to 1945.

It was not only women who broke down the barriers of what was considered appropriate female work, but African-Americans also joined the massive shipbuilding effort, at a time that segregation was still legal. Industrialist Henry J. Kaiser made certain that families were fed and children cared for while parents went to work.

The Rosies helped build many of the famous Liberty and Victory ships – in fact 747 ships came out of those Richmond shipyards which prior to the war had only a Ford assembly plant. Using modular assembly techniques the rate of ship building was one every four days at the height of the war. Population grew so suddenly due to the war effort in Richmond that young women would not only share an apartment, but share a bed, one sleeping in it during the day, the other during the night when her roommate was off working the night shift. Between 1940 and 1950 Richmond’s population grew more than 320 percent to almost 100,000.

“And then the war was over,” said Catherine. The women of the Richmond Kaiser shipyards gave up their jobs to the men returning from the battlefield. “Our choice was to either become a secretary or fade into obscurity.”

Catherine never faded and today she continues to keep the memories of thousands of Rosies alive.

The contributions of Rosie the Riveter will finally get the official recognition they deserve when five Rosies visit the White House in October 2014 on the invitation of Vice President Joe Biden after many years of the petitioning public officials. Rep. Jared Huffman (D-San Rafael) and Minority Leader Nancy Pelosi will also welcome the ladies on their visit. 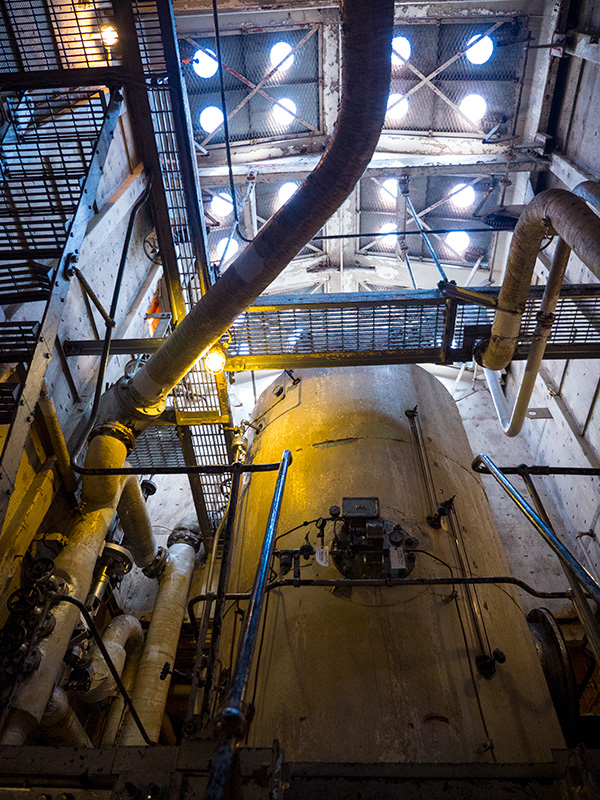 Find out more about the museum and the Red Oak Victory Ship tours at the shipyards in Richmond .