Myanmar In the Age of Facebook and Big Time Tourism (Video)

But her name is on several Facebook pages managed by her supporters around the world and Facebook is quickly becoming part of the mindset in this country once called Burma.Even last year, before the government blocked opposition web sites and critical news sources, Facebook was accessible in Internet cafes and by the small percentage of people who are connected. Recently a Facebook-inspired flash mob peacefully protested electricity shortages. Now political cartoons are going viral. 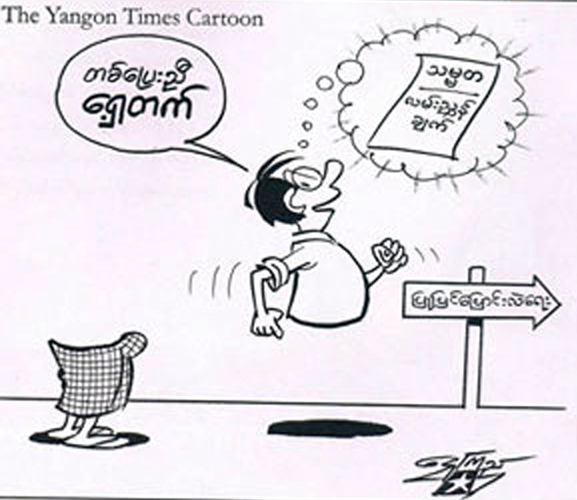 “You are the head, but you can’t even make those beneath you move.”

President Thein Sein, who some say may not have the power to keep the old guard, which brutally ruled the country, at bay. 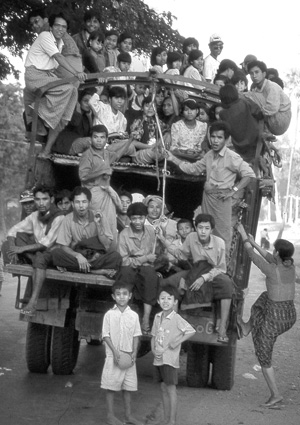 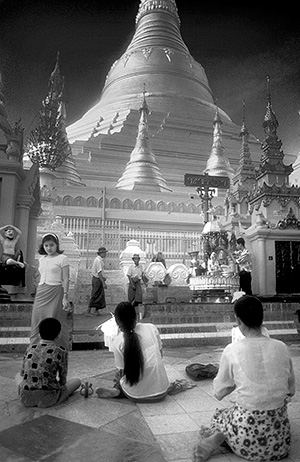 A far cry from several years ago when I took road trip through Myanmar. I was warned to speak in whispers, told that my driver was a spy. A man was jailed for possessing a copy of the Times of London.

I didn’t bother to boot up my laptop: pointless as there was little connectivity.

A friend who just returned told me that some hotels she stayed in now have very fast Internet connections. Nice if you can get a reservation. The tourism business is bracing for a gold rush. There are only 8 thousand or so hotel rooms up to international standards in the country and vacancies are becoming scarce. The best rooms have gone from $50 a night to $300 a night. Foreign investments are pouring in from Thailand, Japan, Hong Kong, Malaysia and Britain. Money from the United States, after eased trade restrictions, is poised to invade as well.

What does this mean? I have put Myanmar on my Tourist Destinations Bucket List: Places to Go Before THEY Die. Tourism, if done right, can be a boon. Done well, it can enrich local communities and instill pride in local cultures – and it can help improve infrastructure. Done badly it is, what its “ism” suffix implies, a cultural disease. Alarms are going up from environmental and human rights groups that Myanmar could become another Thailand. Don’t get me wrong, I love Thailand, but some of its once-pristine beaches areas are plagued by overdevelopment and sex tourism. There are many plans afoot to keep bad tourism development from damaging Myanmar – including one I worked on with the Asian Development Bank – but greed often speaks louder than wise advice.

Here is a video I shot of a road I took through Myanmar aka Burma before the inevitable bulldozers, which will surely arrive. I hope Myanmar’s leaders decide to plan tourism wisely.