My Old Neighborhood: The Place Where it Happened 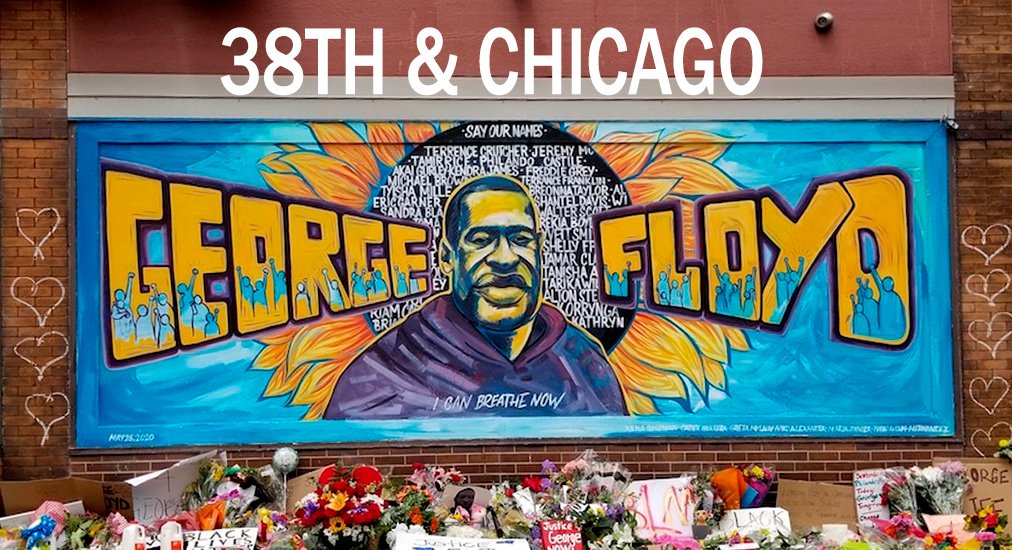 Memories of my old neighborhood, 38th and Chicago in Minneapolis, where George Floyd was murdered and how that address could become the symbol of a new era.

On the corner of 38th and Chicago in Minneapolis, in the same brick building now housing Cup Foods, I used to stop at a soda fountain in Wilharms Pharmacy on my way home from school. Across the street, at Spielman Bros. Standard Oil station, I sat in the dead of winter next to a space heater with my father as Mike or his brother Austin changed the oil on dad’s ’54 Chevy. I got my haircuts at Hank’s Clip Shop, a few steps up the street. Hank had a little bottle on the counter which he held in front of me and shook vigorously as he proudly displayed the gall stones that a surgeon had removed from him. At Ring’s hobby shop around the corner, I was introduced to the pleasures of model airplane glue, not sniffing it but getting it all over my fingers and taking tactile pleasure in peeling it off. My high school was six blocks to the west, my grammar school four blocks to the east. My church was a block south. I grew up on 41st.

It was my neighborhood.

38th and Chicago was the place that where it happened, where a bad cop took a a knee to the neck of George Floyd and killed him, an incident setting other parts of the city and the country ablaze. But 38th and Chicago remained peaceful and has become a shrine mourning a death and a national illness, a lethal virus called racism that we should have been immune to long ago.

I grew up in this working class neighborhood in South Minneapolis. My dad was a carpenter, my dentist lived across the street, another neighbor sold washing machines at Sears. I never knew what the guy next door did. Not very much I think, but he did swear a lot.

Minneapolis Central, my high school, was about 25 percent African American in the 60s when I attended. Yes, there was racism, but subtle, Minnesota nice on the surface.

I covered Minnesota politics as a journalist and now, living in California, still keep an eye on it. It has always been schizophrenic: chiefly progressive but with a bellowing reactionary underbelly.

Historically, although it was certainly not alone, Minneapolis was well known for its racist real estate covenants and bank redlining, limiting loans to minorities. In the 60s, freeways rutted their way through expendable neighborhoods, destroying homes and further dividing communities. Planners determined that the area near my high school, through which the Interstate 35 freeway would pass, was “no functional neighborhood.” In reality, it was a vibrant working-class community of whites, African Americans, Native Americans and Hispanics.

My uncle owned a grand Queen Anne Victorian with a sweeping carved wooden staircase there. I remember walking with my dad from that house to Nicollet Park, home of the Minneapolis Millers, where Willie Mays got his start before being snatched away by the Giants. I was named after a catcher who rented a room from my uncle. I couldn’t make that walk today. The rubble of that grand old house is buried beneath a freeway sound wall. The ballpark is now a bank on the other side of the highway.

But the neighborhood survived as a vibrant community. I have childhood friends living there, one in their old family home. My old tree-lined block of nicely maintained homes looks exactly the same. When I visit, I still make pilgrimages to the Dairy Queen across the street from my grammar school and to Powderhorn Park, a jewel of an urban oasis where I once skated on its frozen lake.

A few years ago, just before it was modernized, I visited my old grammar school and located my kindergarten room and the closet where I deposited my snow boots and melted crayons on the radiator. I stroked the wooden banisters, polished with age, down which I gleefully slid, and visited the gym where I learned to dance, but not well. I met Bancroft’s principal, who lived in the neighborhood. The school has evolved as the city has, to embrace its Somali and Spanish speaking population with an educational scheme based on the International Baccalaureate, which emphasizes a world view. My kids went through an IB program in San Francisco and it greatly contributed to their success.

Maybe, given the monuments to love, equality and the memory of George Floyd being erected at 38th and Chicago, and the peaceful vigil taking place there, that corner could become the symbol of a new start. 38th and Chicago, dedicated to the prospect of a new era in America, of real change. That will take work, and our votes, but we need to do that work and cast our votes.

If the rest of America looked a bit more like my old neighborhood, we would be better off indeed.

Russell Johnson is a former broadcaster and journalist living in Sonoma, California. He is author of the book and audio book Tales of the Radio Traveler and does a weekly podcast, Gone Astray – Russell Johnson available on iTunes, Spotify and most other podcast outlets.

For another remembrance of Minneapolis, watch the video A Stroll From Minnehaha Falls to the Mississippi