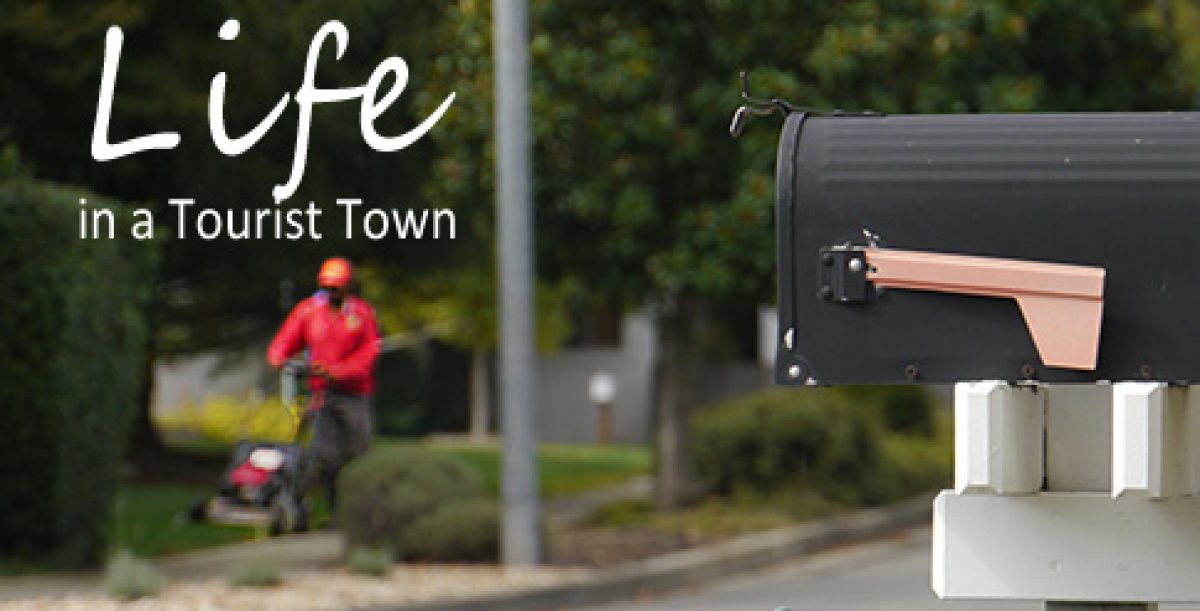 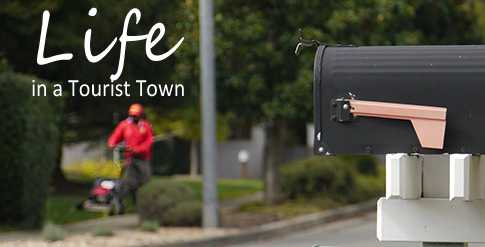 After spending most of my life as either a city dweller or a mountain hermit, I have now opted for the in-between, the idyl of small town life in a tourist destination in California’s Wine Country. I have moved to the middle of a city block. There are houses to the right of me, houses to the left: a retired car dealer, a widow, a forty-something executive couple, a retired diplomat, a few clowns and jokers, notably a gang of 20-somethings that parties every weekend night until someone throws up and guests roar off on their motorcycles. There is a local radio station that mixes small town news with “hey dude” commentary about the 70s drug and rock scene. Recently the local newspaper featured a story about an encounter between a vehicle and a very large sow.

Over the past 20 years or so, Sonoma, California has gained the status of “tourist town.” 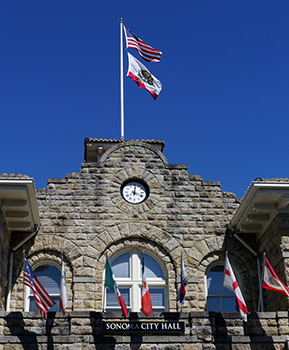 Before the move, going to the grocery store meant motoring down a mountain on a mile of winding road dodging soccer moms in SUVs with phones pasted to their cheeks. Now my wife Pat and I stroll with our burlap shopping bag across a field ruled by a feral cat of heroic proportions. Last week on the trail we met a boy on a bicycle accompanied by his father on a skateboard.

We have dandelions and crabgrass, robins mining for worms. Finches chirp cheerful arias but leafblowers growl like Scarpia on a tirade. Oh how I lament the demise of the garden rake, the gentle scraping sound I grew up with. When did raking become “lawn debris managment”? No I’m not auditioning for Andy Rooney’s job. 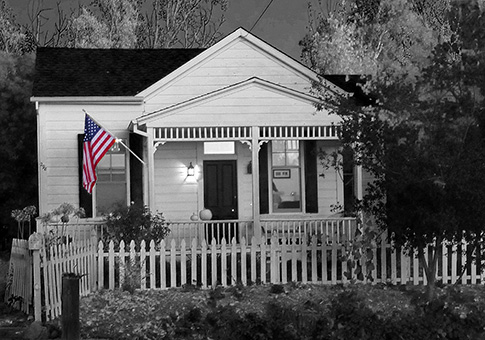 There are three American flags flapping full time on our block. One neighbor plays NPR loudly while washing his car while another interjects the “government is too big” mantra into the conversation when given an opening. We have a gun collector and a church lady, but no prosteletizers unless you count the Cub Scout who knocked on our door last week selling magazines. A straw poll conducted here would be pretty accurate, I think, much more so than Iowa or New Hampshire.

But there is one issue here that incites real passion. A week after we moved in, neighbors began to hover, gently suggesting some community right of ownership, or at least entitlement, surrounding our property. It seems that our aging plum tree is all that is left of an orchard that was subdivided to build the neighborhood, and the neighborhood traditionally shared in its bounty. We had two carpenters repairing the deck underneath the tree when the assaults began. Thud, thwop, 24 hours a day, plum bombs falling, sometimes awakening us at night. Our workmen honed a strategy of duck-and-cover, stopping to wipe the goo off of their tools. Visits from neighbors became more frequent and less subtle. Plums were their unalienable right. Our workmen filled buckets with surviving fruit for all of us to share. We made the mistake of leaving a bucket out one night and it was ravaged by a SWAT team of skunks, but they left happy and didn’t raise a stink. Now Tom next door, who has lived here for 21 years and who is custodian of the communal fig tree, has devised a strategy. Next summer Tom, like Eisenhower or MacArthur, will pay a daily visit to survey the battlefield and determine the precise time for picking. On P-Day we will gather our ladders, muster our troops and launch our First Annual Plum Festival, maybe enlisting a local priest to bless the mission and the crop. Why not? Sonoma already has a staggering number of celebrations of wine and a few years ago the local tourist authority elected to extend the season by promoting the olive harvest. 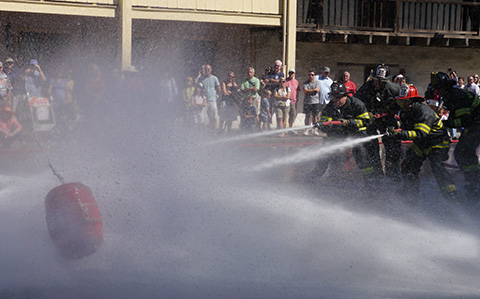 The Sonoma community has done quite well in not allowing tourism to become its reason to be, which can doom a place as surely as a one-widget factory town. I have worked on sustainable tourism projects around the world and my mentor, Robertson Collins, late chairman of the International Congress of Monuments and Sites, left me with a mantra: “what is good for the tourist should be good for the community,” meaning that attractions should be good enough to be patronized by the local community, not a foreign assault of chain restaurants and tschotske shops. In Sonoma, some outsider-owned hotels and restaurants have an unwritten creed of appreciation for the locals who patronize them, sometimes offering a discount or a little something extra. Ask a local and he or she will not hesitate to recommend a restaurant or pub (there is one in town called the Kathmandu Corner frequented by real Sherpas). A few years ago, the community stopped the development of a luxury resort on a hill just above the center of town and built a park and nature trail.

It is 5:30PM and we have packed our little burlap bag with some figs from Tom’s tree and a bottle of Sauvignon Blanc, homemade by one of the carpenters who got bombed by plums, and are ready to stroll to the plaza for the last farmers’ market of the year, which is as much a social event as a marketplace. Every Tuesday from May through October, good citizens form loose social circles sharing goodies and tastes of wine, some staking out their own territory. We have appended ourselves to a group we were introduced to one of my wife’s childhood friends, who has lived here for many years. There is a small town ease in slipping in and out of groups and conversations here, far from the cringiness of an urban cocktail reception. I haven’t quite nailed Sonoma’s social dynamics yet, but give me ’til Christmas. By then I should have a pretty good handle on life as resident-tourists in a small town: Is it as idylic as it is cracked up to be? Who is naughty and who is nice. One good sign is that we did manage to round up a posse to convince our noisy neighbors to grant us a few hours of sleep.