Midnight in the Garden of Swedes and Norwegians 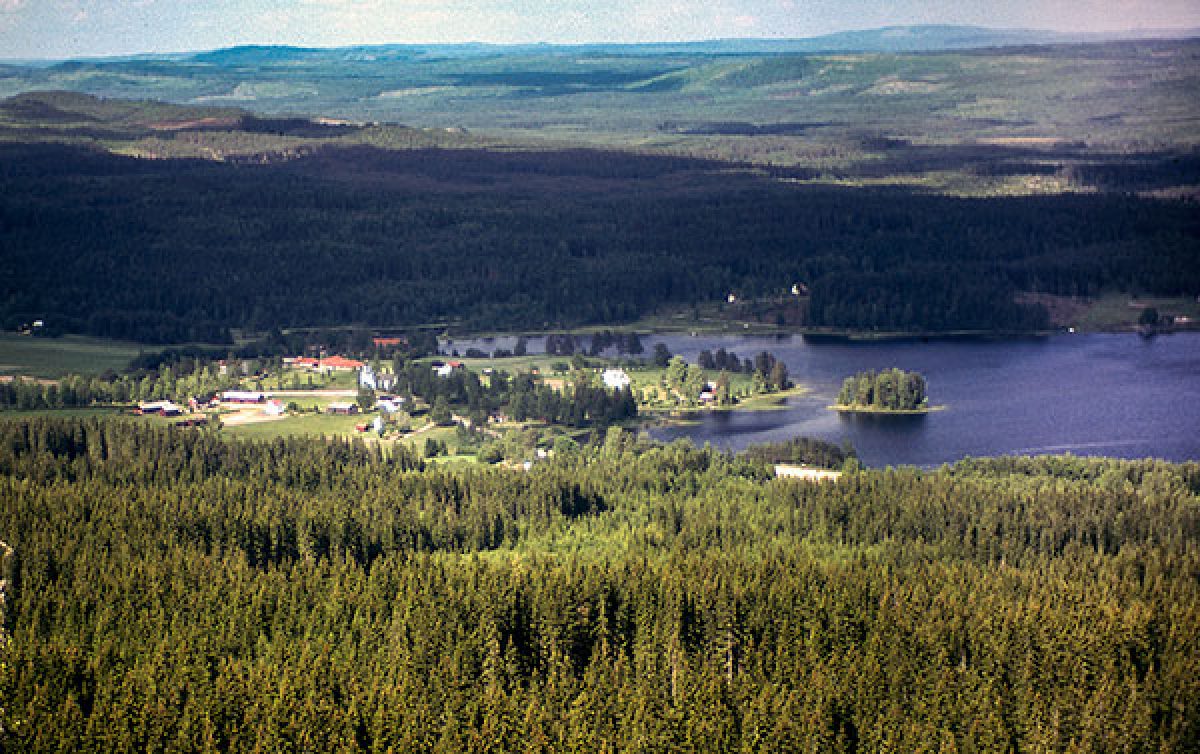 Dodging trolls and other beings that stumble in the bright of night during Midsummer in Sweden’s Lakes District. 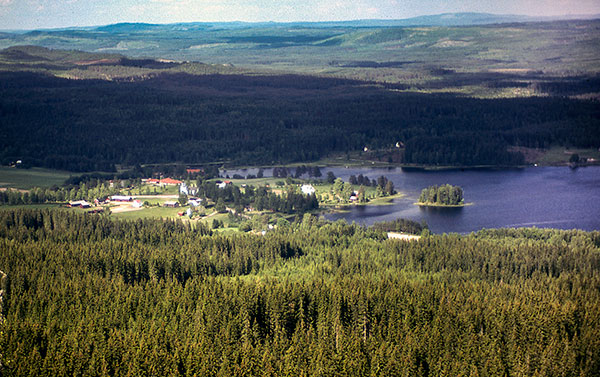 It is not easy to be chirpy at 3 o’clock in the morning unless you’re a mockingbird or a Swede during Midsummer when the sun hardly sets at all. Swedes are not normally a chirpy bunch, but they do manage to stay awake on summer nights.

AUDIO: Midnight in the Garden of Swedes and Norwegians

I went to discover my roots. An old friend of my father’s said that I really had to go there to understand my family’s unusual behavior. My dad was born in a little town called Vitsand, in the province of Varmland in Sweden’s Lakes District, made famous by the Kristin Lavransdatter books. It is nestled next to a lake in a bed of pines scattered with red houses and barns. I have seen pictures of it taken in the 1920s. It hasn’t changed.

My father immigrated to America, like many others, to escape poverty. Farmers in the valley put themselves in hock and lost their homes to merchants or, God forbid, the church.

I have learned to be wary of Lutherans from cold countries. One from my dad’s hometown was a real piece of work.

There is a folk song still sung here about my grandfather and his brother. A new preacher came to town and decided that each of his flock would have to be re-baptized, in the middle of the winter, by being dipped in the lake through a hole in the ice. There was naturally a fee involved. My grandfather’s brother never married but he did have three lovers, all named Ingeborg. After Ingeborg number two died of pneumonia after her dipping, the boys took the law into their own hands. They grabbed the preston (as preachers are called) stripped him naked and plunged him into the icy lake. Then they tossed him in the bed of their wagon and hauled him out to the woods.

The preston was never to be seen again. 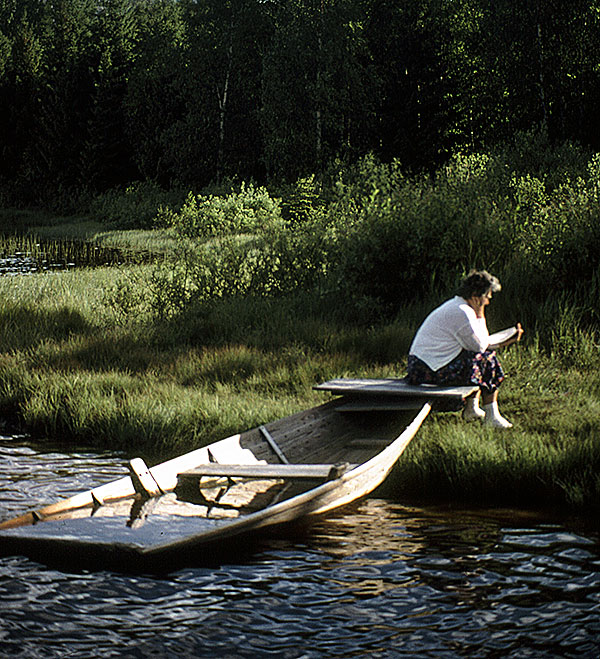 The region is called Varmland and it is still an area of small farms. Gorgeous country, where Swedes flock to ski in the winter and, in the summer, hike the pine forests and fish in the lakes. Vitsand is within Tiveden National Park. One part of the park has supposedly never been inhabited by man, at least human beings. Trolls, maybe. It is called Trolltiven. You can pretty much hike anywhere you want in Sweden. There is a law on the books called “Every Man’s Right.” You can hike on anyone else’s land, swim in anybody’s lake, pick anyone’s flowers, mushrooms or berries. Within reason. 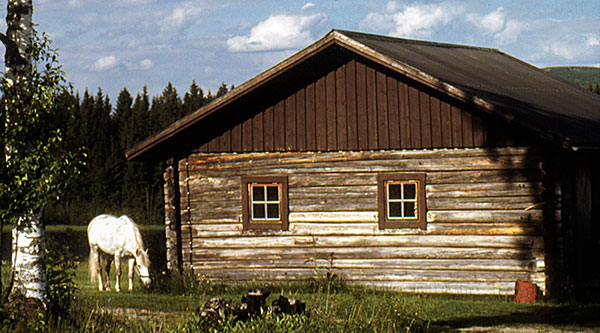 I went to visit one of my umpteen cousins. Here, everybody seems to be related.

Shirley MacLaine had been spotted in a nearby store. My cousin drove me up to a fenced retreat where a world famous “channeler” held court. I don’t understand a word of Swedish, but after Sunday dinner a bunch of my “cousins” sat around talking. One of them held his hands over his eyes and said something in Swedish sing song, and everybody laughed. My cousin translated: “Those people up in the hills…they can see with their eyes closed.”

I visited the area’s main roadside attraction, the “Place of the Cross.” I saw a tourbus full of people unload and walk over to a fence surrounding a patch of grass.  They peered in and I followed. My cousin told me a bare spot in the middle was shaped like a cross. I couldn’t make it out. It always been that that way, nothing grew there. I resisted the temption offering an explanation, of asking “Does a troll s**t in the woods?” 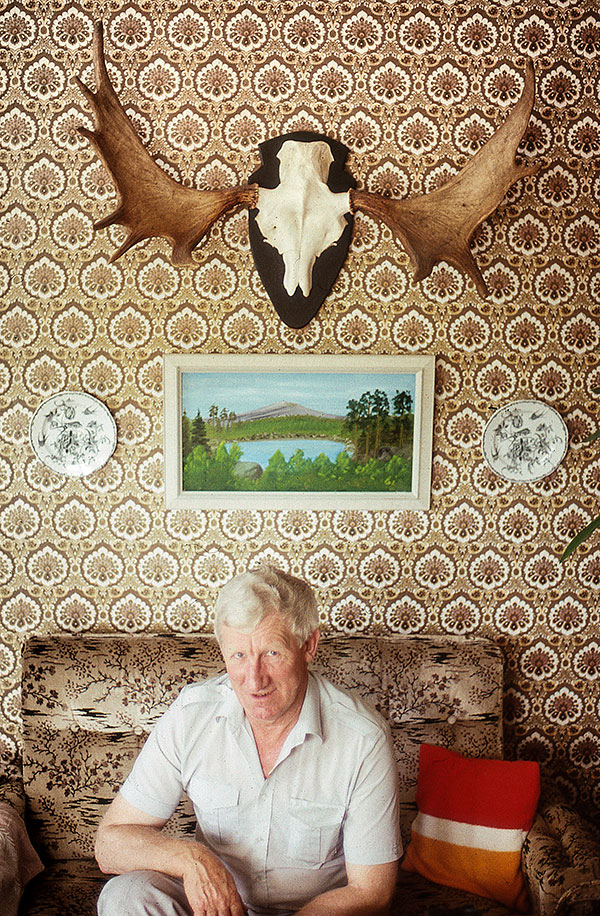 My cousin took me around the valley, introducing me to my other “cousins.”

You wonder, with all of the Johns sons, Peders sons and Swens datters, still living together that there isn’t a great deal of inbreeding, that some haven’t grown tails.

The answer may lie the yearly rites of summer.

One night, about midnight with the sun still high in the sky, the family filed down the stairs and announced that we were going to party. Surprise. I was getting ready for bed.

We got in the car and drove far into the hills toward the Norwegian border. Every summer the tribes congregate here: villagers from small towns in both Sweden and Norway. Many don’t understand each other’s language or dialect. They get together in the light of the midnight sun, dance, get themselves  blotto-drunk and perhaps, in the process, diversify the gene pool.

There is no alcohol consumption allowed inside the perimeters of this place called Elk Lake. There are two pavilions, one with a rock band and the other with folk music for the oldsters. They are guarded by blond hulks that reminded me of villains in James Bond movies.

But, the drinking ban does not extend to the parking lot. As we left the dance, we spotted one of my so-called second or third or fourth cousins sitting with his family in a car. He motioned us over. I crawled in the car, he picked a bottle of Stoly off the floor, took a swig of it, wiped the rim with his shirt and passed it to me. I took a polite sip a passed it on. Outside in the parking lot, men staggered like zombies in “Night of the Living Dead,” puking and falling over car hoods.

We left. My cousin rode happy if not a bit glassy-eyed in the back seat. His wife, the designated driver, drove and I rode shotgun. It was the middle of the night and the sun was just starting to reverse its course…moving higher in the sky. And those birds were starting up again.

We drove by a lake and got out of the car. Two elk were swimming across, leaving a gentle wake on the lake’s glassy surface. My cousin and his wife stood and held hands.