Lost in Tschotskiland: An Essay on Souvenirs and Crafts: Audio 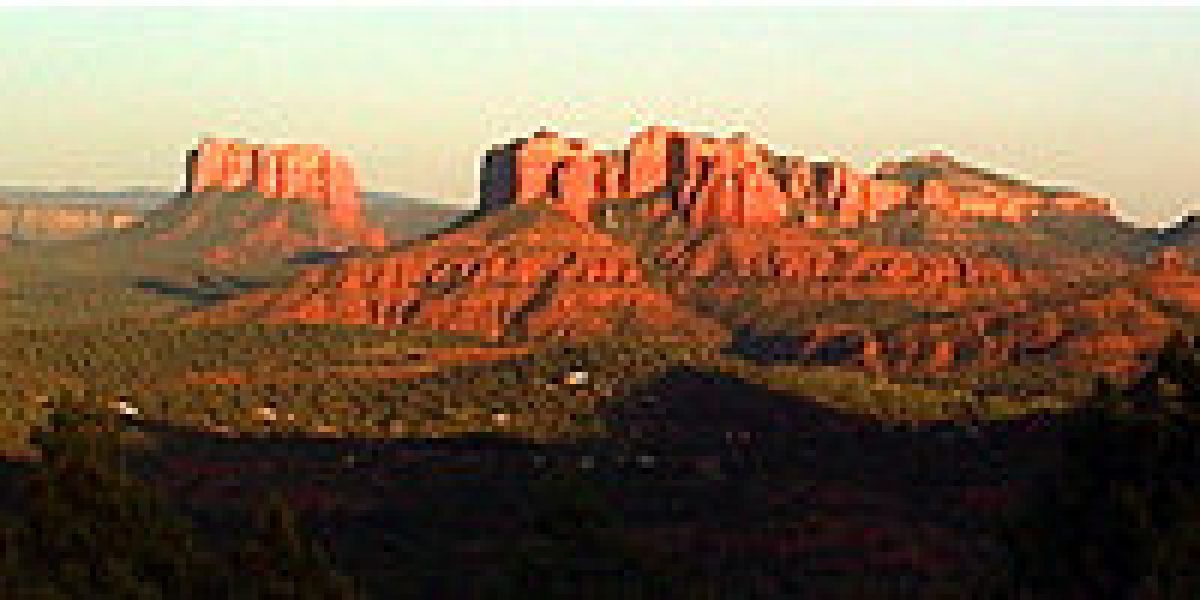 I am at the dump with a truckload of…STUFF: a rusty old Weber barbecue with a missing wheel, two CD players that cost more to fix than replace, a typewriter table (remember those?), old tax receipts, and souvenirs, boxes of worthless STUFF that is given or sent to me because I am a travel writer and therefore deemed an easy mark for bribery.

Our municipal dump is a tourist destination in itself, a theme park dedicated to crud. You queue up with your truck (my borrowed ’72 Toyota rustbucket) behind a bunch of other trucks and you inch along a road lined on both sides with salvaged discards. Lots of concrete cherubs with missing parts, garden gnomes, ceramic pigs.a flock of lawn flamingoes: a Disney jungle ride through Doo Dah Land.

Then you drive into a huge building that looks like an underworld scene from Bladerunner. You back up to a big pit ( I have nicknamed it Brad), you open the tailgate of your truck, you pick up your STUFF and toss it over the side and watch a giant jawed bulldozer, a T-Rex with wheels, chomp it up. It is cathartic to rid your life of these flimsy backpacks with names of hotels on them, this mini collapsible poison dart blowgun made to fit in a suitcase, this seashell in a wooden base labeled Tahiti Airport.over they go. I pick this STUFF up with both hands — like King Kong did with subway cars in Tokyo — raise it above my head, and Eeeeh Hah!, into Brad Pit it goes.

No pangs of guilt here: nothing recyclable and no charity wanted this junk. This leads me to the conclusion that most of the stuff sold in the cultural landfills otherwise called souvenir shops ends up in physical landfills and because most of it is not biodegradable, will outlast the human race. T-shirts: how many of these walking billboards do you really need? I tear’em up and use them to polish silverware. Sign on the Via Dolorosa in Jerusalem: “7th Station of the Cross Tee Shirt Shop.” Disgusting.

THE BALI WAY
In Bali, Indonesia you will find the usual tourist stuff, but you will also find things that are quite wonderful. Bali is one of the few places in the world that has actively taken charge of how tourism affects the display and sale of music, arts and crafts. Tourism has been Bali’s chief industry for decades and many villages have incorporated tourism into their formal planning.

Balinese kids are trained in art and dance from the time they can walk. They are also taught how to interpret their traditions to outsiders without cheapening them. By village law, a percentage of the money collected from travelers is poured back into maintaining cultural institutions, quite unlike the hotel taxes that in many places often disappear down the rabbit hole of a city’s “general fund.”

Bali is far from perfect. It has its junk shops, mostly in Kuta which has long been blighted by Aussie rowdies on cheap tour packages. The last time I visited there were police posted outside of a temple to keep the not-so-savory freelance tourguides away. But arts and dance in Bali are still unique and wonderful and a source of both pride and financial enrichment to local communities.

OLDER IS NOT NECESSARILY BETTER
Just because something is done in a traditional way doesn’t mean it is high quality. Old production methods for crafts are like old plumbing in historical buildings, you have to modernize them to preserve the art. An organization called Aid to Artisans taught potters in Indonesia modern methods of firing their terra cotta wares so they wouldn’t fall apart when they were shipped. The same organization helped the Associated Craft Producers of Nepal to develop new lines of handmade sweaters. The sweaters were a hit at a fashion show in New York and, as a result, the group’s original 16 knitters has grown to more than 300.

Unless you have close friends in the country you are visiting, it is mostly pointless to go antiquing. Most places in the world were and continue to be pillaged of their antique treasures. If an object is real, it has more than likely been stolen. Most things that look like antiques, however, are mass-produced. Some of them are beautiful replicas that are worth owning. Just don’t pay antique prices for them.

THINK LOCALLY, FAKE GLOBALLY
Even with newer replicas, you really have to watch out for what passes for native crafts these days. There is a huge market for fake imported tourist trinkets. The giant, multicolored shells you can buy on China Beach in Vietnam are intact and beautiful because live mollusks were extracted from them in the Philippines, where they were harvested.

In the American Southwest, some of the Indian Jewelry you can buy at trinket stores is made in Taiwan. 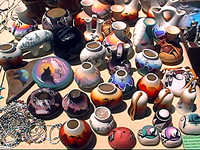 Not so, however, at the Oak Creek Canyon Lookout, north of Sedona, Arizona. An organization called Native Americans for Community Action, in cooperation with the US Forest Service, polices merchants for authenticity. The quality of the work here is excellent and the prices are quite reasonable.

There is something wrong with the tourism industry, itself, when it comes to souvenirs. I attend several travel industry conferences a year and at every one I am presented with bags and bags of what is mostly worthless junk. At one such conference in Hong Kong last spring, however, each attendee received a pair of dragon bookends from American Express. They were not antiques, but attractive replicas and I kept them only because I could peel off the little American Express sticker. Now, that is effective advertising. Every time I look at them, they whisper to me.. “Don’t leave home without it.”

All of the rest of the stuff.about 40 lbs worth, I either reluctantly left in my hotel room, hoping that a housekeeper might bring it home to his or her kids, or am now tossing into the Brad Pit of no return. Eeeeh Hah!