Heavens to Betsy, or is it Mergatroyd? 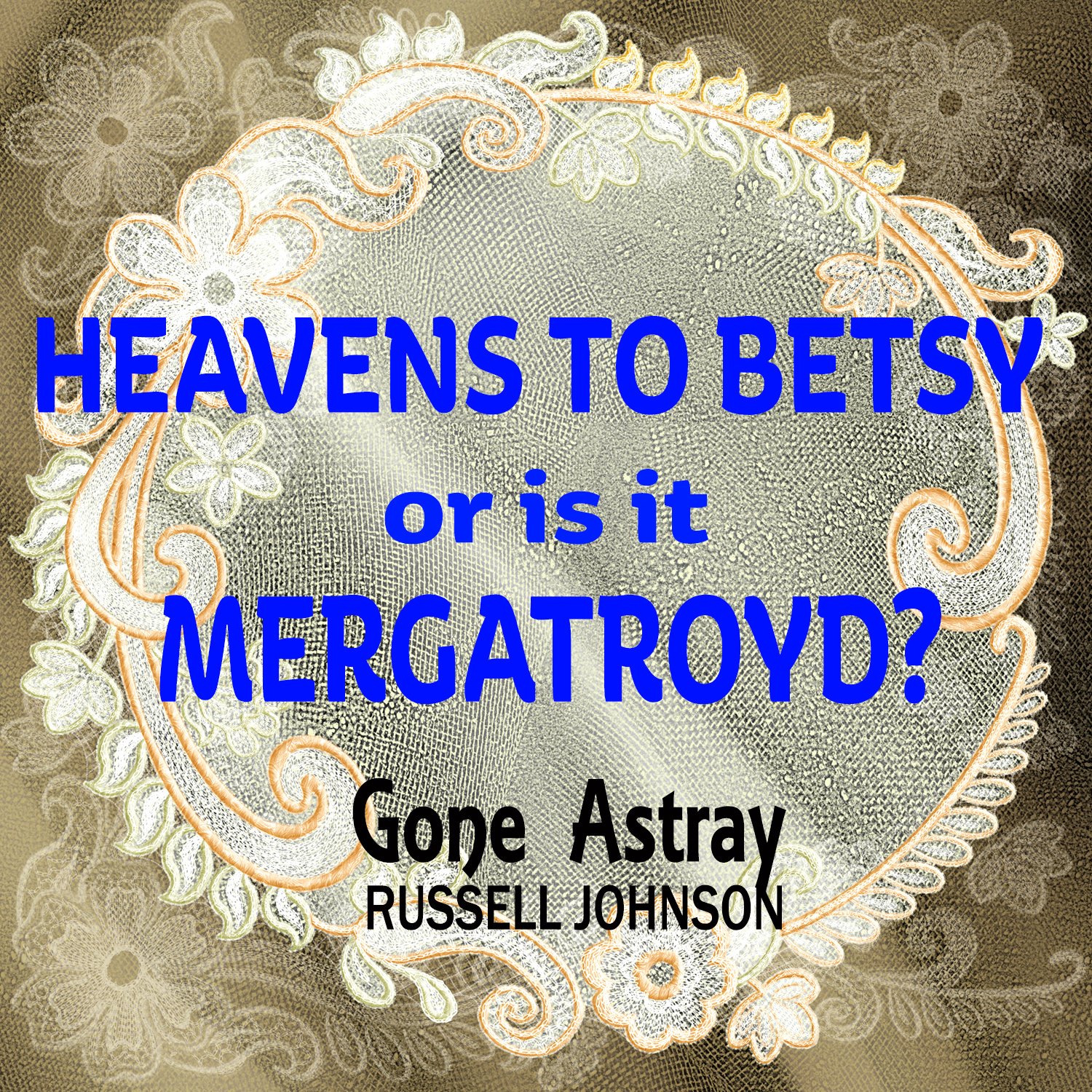 A conversation with my two elderly aunts, who live on Elm Street under two oak trees. Language from another era.

I have two elderly aunts, Aunt Betsy and Miss Mergatroyd. They live in a double bungalow on Elm street, under two oak trees, with their nine cats and a parrot named Casanova. Aunt Betsy finished college early with her Mrs. degree. Miss Mergatroyd was a successful entrepreneur, founding Miss Mergatroyd’s School of Typing and Manners. Now they sit in their parlor amongst their pots of African violets, which rest on lace doilies, and reminisce about the good old days.

“Fred, rest his soul. I miss him so much, our rides on the old jalopy,” said Betsy.

“Oh yes, said Miss Mergatroyd, “the one with the running board, like Eliot Ness stood on when he was chasing Capone. It went like sixty.”

“Holy Moley,” said Betsy, “you remember that? We were broke all the time, not exactly living the life of Riley. And Fred did go out on his benders, but every time he tied one on, I hung him out to dry and life became, more or less, hunky dory. Yes, we were in like Flynn.”

“Gee Willikers” said Miss Mergatoyd, “you had the moxie to pull through that. I wish that I had such luck, but then, you’re Irish. All of my affairs were with knuckleheads and nincompoops.”

“And, jumpin’ Jehosaphat, what about that, Bobby, such a pill?, said Betsy.

“Bobby was the straw that broke the camel’s back,” said Miss Mergatroid, “ After Bobby, I woke up and smelled the roses. Oh I did have one brief fling with Kilroy, but he was never here. After that, to quote the raven, never more, not for all the tea in China.”

“But, Heavens to Mergatroyd,”said Betsy. we still have each other.
“Heavens to Betsy,” said Mergatroyd, “so we do.”