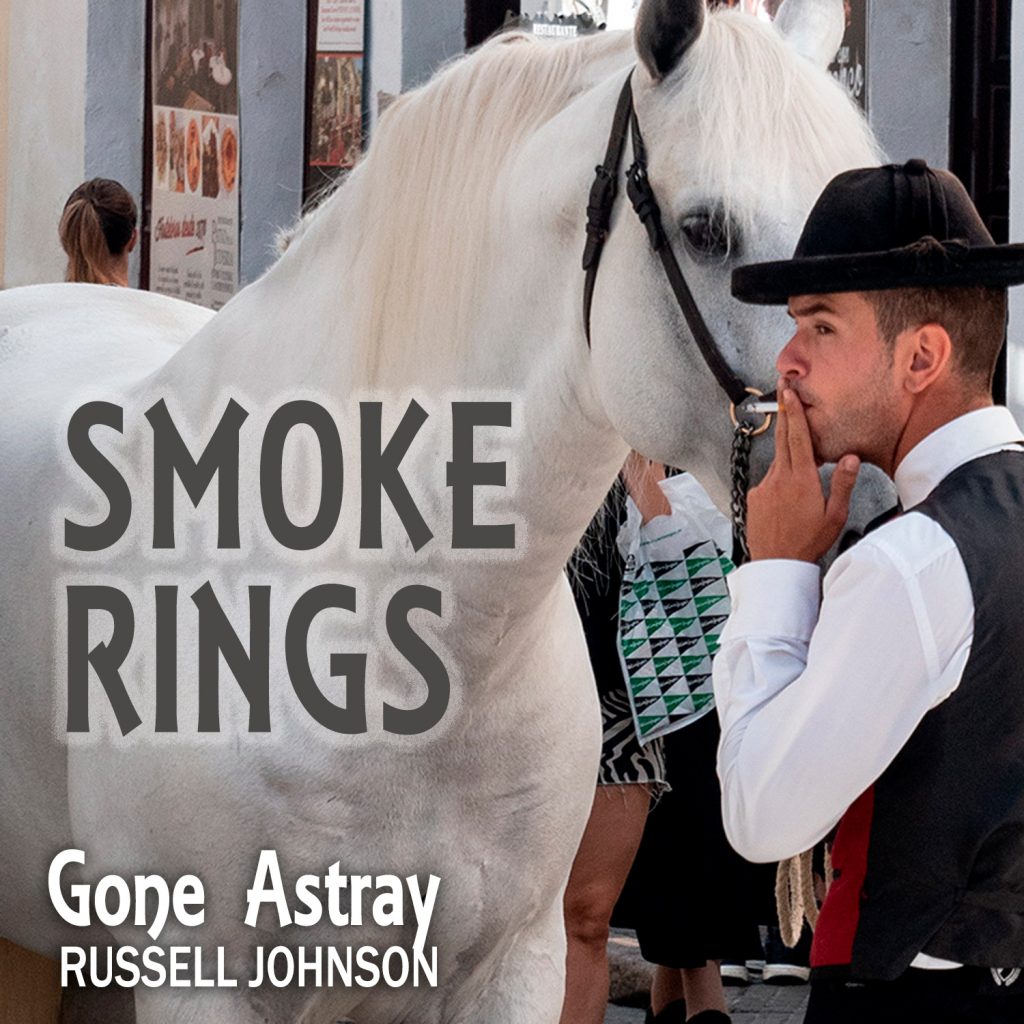 Scientists say scent is the most evocative of our senses. I sit in a sidewalk cafe in Madrid, but this whiff of cigarette smoke takes me back to other cafes in other places where small talk, failed seductions, and heated discussions rose, sometimes in tight rings but, more often, in formless puffs.

My mind drifts back to steamy nights in Jakarta – the scents of tobacco and clove – cigars and cognac in the Oak Room at the Plaza in New York, the clattering of majhong tiles in a casino in Macau, the crunch of peanut shells beneath my feet at a beer joint in San Francisco, sitting on my dad’s knee in his easy chair as he puffed his unfiltered Raleighs.

Smoking is taboo – illegal in public – where I now live, in Sonoma, California. I scowl at scofflaws who invade my sniff-space by lighting up. We have a small table with an antique ashtray set up in our backyard, away from our house, for our one friend who still smokes.

Yet, here in Madrid, it’s different. There are ashtrays on every table at outdoor cafes. Teenage girls gossip, twisting their wrists like defiant ballerinas. Groomed businessmen, in pencil-legged designer suits, animate their braggadocio, waving their cigarettes in the manner orchestra conductors direct their batons.

Oddly, I am enjoying this. I haven’t smoked a cigarette in more than thirty years and I have no urge to do so again, but I am relishing this moment, this scent, these memories it evokes.

My dad was a smoker. The smell of stale tobacco lurked in every pore our home and car. His Raleighs came with coupons, which I extracted from their packages the minute he brought them home, and stored in a little box. I don’t remember ever redeeming them as it took so many to get anything of value. But I did pore over the Raleigh catalog. You could get a Shakespeare brand fishing rod and reel set for 1200 coupons, meaning Dad would have to have smoked 24 thousand cigarettes. A pack a day adds up to 7300 a year.

I had a pair of uncles who owned a machine shop. Their odor of smoke, sweat and oil followed them wherever they went.

I was never one of the bad-ass smokers in my high school. Not a baldie or a greaser, the two tribes of toughies whom we provided a wide berth. I was also not one of the fast kids who smoked. I took up smoking purely out of snobbery. I was chosen to be an intern at the famed Guthrie Theater in Minneapolis in my senior year and as a cultured man of the theatre, I embraced the pipe. Some tobaccos smelled quite good, like vanilla. All of them tasted harsh and bitter. But I sat around in my circle pimply peers as we, in our minds, exuded coolness, puffing our pipes. I didn’t get it that, as a teenage, smoking a pipe made me look quite ridiculous.

But the pipe was my gateway drug into the world of the smoking sophisticates. Mike Wallace looked pretty cool on TV as did the Marlboro Man (Nobody asked his horse how he felt). I went into the radio/TV business where almost everyone smoked, at work and at the bars one frequented after work. Radio studios, small, sealed soundproof booths, were particularly foul. Microphones were receptacles not only for smoke but garlic and viruses. On occasion, I occupied a cramped studio with a tweedy music professor, whose branding was a cigar and a very absorbent vested wool suit.

A cigarette also once branded me as a journalist.

In the 70s I shared a work space in a TV newsroom with three other journos. Our desks butted up against one another. Often, one newly lit cigarette dangled from our lips while another, abandoned one, still smoldered in an ashtray. In the middle, between the four desks, rested a jar of Maalox antacid. Once, a lit cigarette butt landed in bin containing discarded news film, starting a fire.

I once auditioned for a news writing job at a TV network. I presented my under-deadline masterwork to my prospective employer by lobbing it onto his desk, provoking a volcanic plume of ash into his snarling face.

Needless to say, I did not get the job.

Oh, I have flirted with tobacco and other smoldering substances since. I couldn’t stand marijuana, it burned my throat, but I developed a short-lived taste for clove cigarettes while in Asia. In the late 90s, in the heady days before the dot-com bubble burst, I cruised in a limousine around New York City with newly minted millionaire friends, more than once ending the night with cognac and cigars at the Oak Room at the Plaza Hotel vowing “never again” as I contemplated burning my clothes the morning after.

Now, at home, there is one lonely Cuban cigar winking at me from a shelf, a gift from a diplomat friend after he returned from the opening celebration of the US embassy in Havana in 2015. One day I will smoke it, maybe. But then, it may outlast the embassy.