So, why am I in New York looking for a chicken.

I first learned about a certain curious cluck in my local newspaper. At a trial in Marin County, California, where I live, a psychologist testified that the fact that a defendant in a murder trial was able to compete in a game of tic tac toe proved his mental competence. The defense cried “fowl”, citing the chicken on Mott Street.

“Hey, chickens are dumb.  If a chicken can do it, even a mental incompetent can do it.”

I begin my search on Mott and Canal, on the edge of Chinatown.

I walk up to one of those typical Chinatown stores that sells everything from engagement rings  to rubber bands and ask the proprietor: 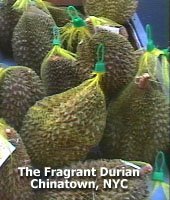 “Do you know where I can find the chicken that plays tic tac toe?”

“No chicken.,” says the man, expressionlessly.

A bit further down the street I ask a woman.

I now surmise that if nobody can immediately point me this landmark leghorn, it is obviously not here. I turn around and walk back to Canal Street, and begin to peruse a stall of fake designer watches.

Nearby, two young men lean against a car.

“Excuse me, do you know where to find the chicken that plays tic tac toe?,” I ask in a last-ditch effort.

“Ah, the famous chicken,” says one. “Go half a block past the Duck sign. On the left you will find an arcade. The chicken is in the arcade.”

“An arcade chicken?”, I growl. Was Calvin Trillin, Mr. Droll, Mr. Responsible Writer, a man accustomed to undergoing the scrutiny of New Yorker fact checkers, faking a story he wrote about this alleged bird-brain?  Did he ever really see the tic tac toe playing chicken of Mott Street or was it just something he heard about which was, in actuality, an Erector Set construction with feathers crazy-glued to it and a solenoid activated beak?

Would I expose a fallacy that could save a man from San Quentin’s gas chamber?

I walk back down Mott street, past the expressionless guy who sold the rubber bands, past the sign that said “Duck House” and saw the arcade. How could I have missed it before?

I walk in past the lines of teenagers playing video games. I go all of the way to the end of the arcade and back. No chicken. Finally I go to the change maker’s cage.  Above his stall is an assortment of photographs of a white chicken.  In one shot, the chicken was being nudged by a cow.

“Chicken not here.,” he replies

Sure, I think. The same place my mom told me my Easter chick went after it was sucked up by the Hoover.

I raise my video camera. Another  man comes over and holds his hand over the lens. “No pictures,” he demands. I had already gotten some footage.

Why was the chicken gone?  The man refused to answer. Was it animal activists? What was the chicken’s metaphor for Os and Xs? Was she simply too old and blind to distinguish eggs from chicken feet?

At least I discovered that there was a chicken that allegedly played tic tac toe on Mott Street in New York.  It wasn’t entirely a wild goose chase.