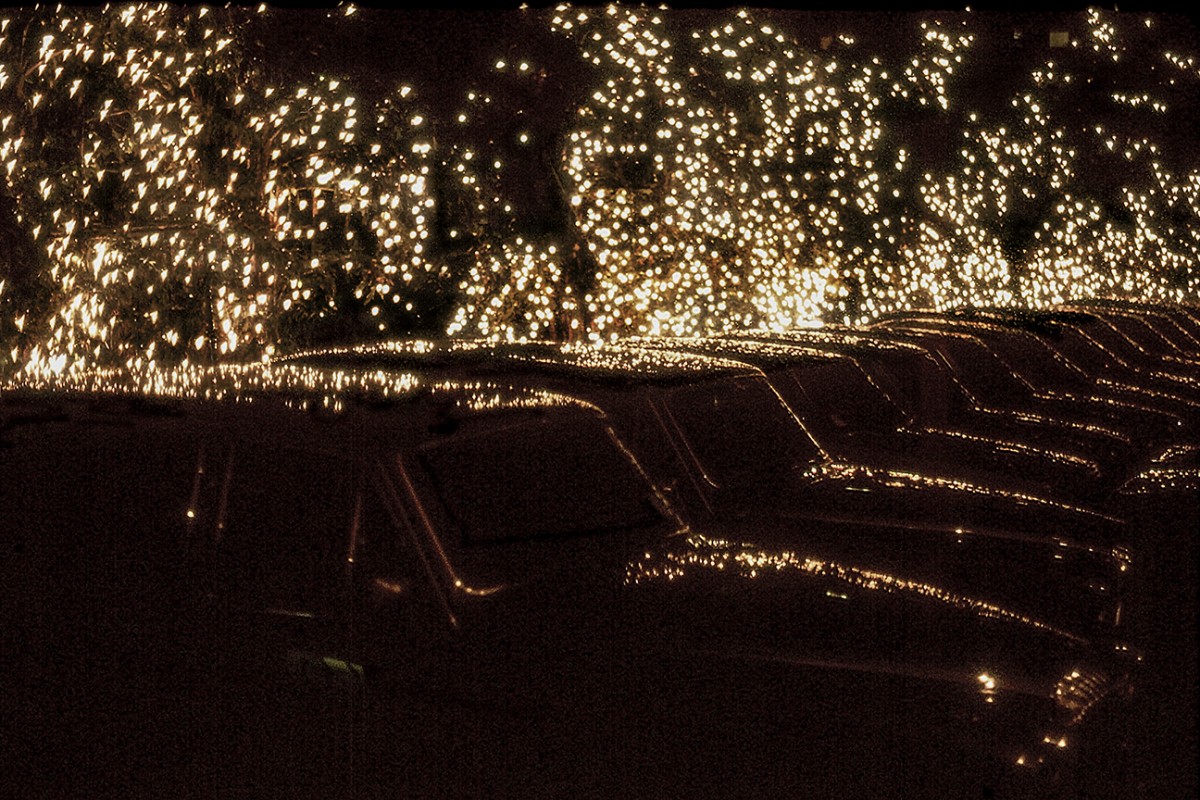 I first caught a glimpse of it in the lower left quadrant of my eye. Way below me, in the canyon, I saw a faint, blue flutter. I focused on it, not quite making it out until it got caught in an updraft and soared.like an angel.hundreds of feet above me before gently drifting back down to eye level. I followed it for about 10 minutes, sailing across my field of vision with flimsy fairy
wings. repeatedly drifting downward leveling off, then rocketing back into the heavens.

Where did it come from?

Perhaps someone living in one of the ramshackle houses perched on top of one of Hong Kong’s skinny skyscrapers simply tossed the plastic grocery bag over the side. Maybe a street vendor below lost control of it and Hong Kong’s manmade maelstrom swept it up into the realm of financiers and dot.com startups that occupy the towers of Central Hong Kong. This was not the groveling, bottom-feeding bag of the film “American Beauty.”

Audio: “Love is a Many Splendored Thing” from an Ancient Chinese Violin in Hong Kong

A sunny Sunday in Hong Kong. Filipino housemaids gather in the squares, escaping their cramped weekday quarters. Mostly, women, but some families as well, camp under the canopies at the entrance to the Star Ferry and picnic. Today, there is a “Hong Kong Is My Home” celebration across the street in Statue Square. Elderly men, presumably civic leaders, line up on stage holding cardboard cutout hearts. A youth marching band, looking like they wished to be elsewhere, plays the theme from “Hogan’s Heroes.”

Culture that starts in the West is amplified here, and often lasts longer. Remember the crocodiles on the pockets of tee shirts? They’re still popular here…as is 1970s disco. The floorshow at Igor’s nightclub is a takeoff on “The Rocky Horror Picture Show.” Like most places in the world, division between the haves and the have-nots seems to be even more pronounced these days. Dealmakers hang out at the bar at the Mandarin Oriental across from the veddy English-looking old Supreme Court Building, which now waves the Chinese flag. Skinny, double-decker trolleys billboarding softdrinks, cigarettes and dot.com this, dot.com that, clang past the Hong Kong Shanghai Bank Building.

My wife and I went with a friend to look for a shirt. We stepped into an Emporio Armani and priced a suitably edgy black t-shirt at about US$300. Hop on the Star Ferry and go to Kowloon, however, and you may find a fake on the street for $10. You have watch out what you buy, however. My wife bought a lovely designer leather belt for about $3. It smelled like skunk and after repeated attempts to air it out, she tossed it. 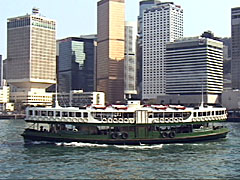 The Star Ferry is one of Hong Kong’s few remaining cheap thrills. For 1.7 Hong Kong Dollars, or 24 cents you can travel from Hong Kong Island, across the “fragrant harbor” to Kowloon second class. For 2.2 Hong Kong dollars or about 29 cents you can luxuriate in upper-deck first class, which is really about the same.minus the engine fumes.

There are some that argue that Hong Kong has no class at all.that its cultural canon consists solely of Bruce Lee movies. I beg to disagree. While the Hong Kong Museum of Art was touting a show of dreadful French art of the “A-Go-Go 1960s, its permanent collection of Chinese painting and calligraphy, of Hong Kong artists and historic photographs is magnificent.

The museum looks out over Hong Kong’s chief scenic attraction, its skyline, and that changes by the month. The most notable addition is the soaring Hong Kong Convention Center. Recently, I was master of ceremonies at an event inside of the main hall, the same place where the Queen and Prince Charles bade their tearful farewell to their former colony. My tiny group of about 1,200 hundred people was dwarfed by the hall which I suspect would offer enough space for a Red Airforce flyover. Hearing your voice ping-ponging around such a vast enclosure makes you feel, rather disarmingly, like a mad dictator or a baseball announcer reading the starting lineup. 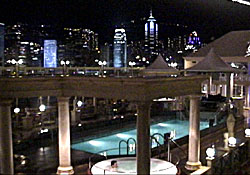 The ultimate way to see Hong Kong’s skyline is gliding by on a ship. The first time I did that, about 15 years ago, was on a hot humid night. It was very creepy, actually, as we drifted through still waters between dark old junks and rusty freighters. This time, however, the feeling was quite different and my wife and I got the timing just right. We finished our dinner aboard a glitzy new cruise ship just before our 9PM, castoff time. We rushed to our cabins, put on our bathing suits, ran out on deck and jumped into a hot tub. As a band revved up, we settled back and in soothing, bubbling ecstasy, watched the towers of Hong Kong glide by.