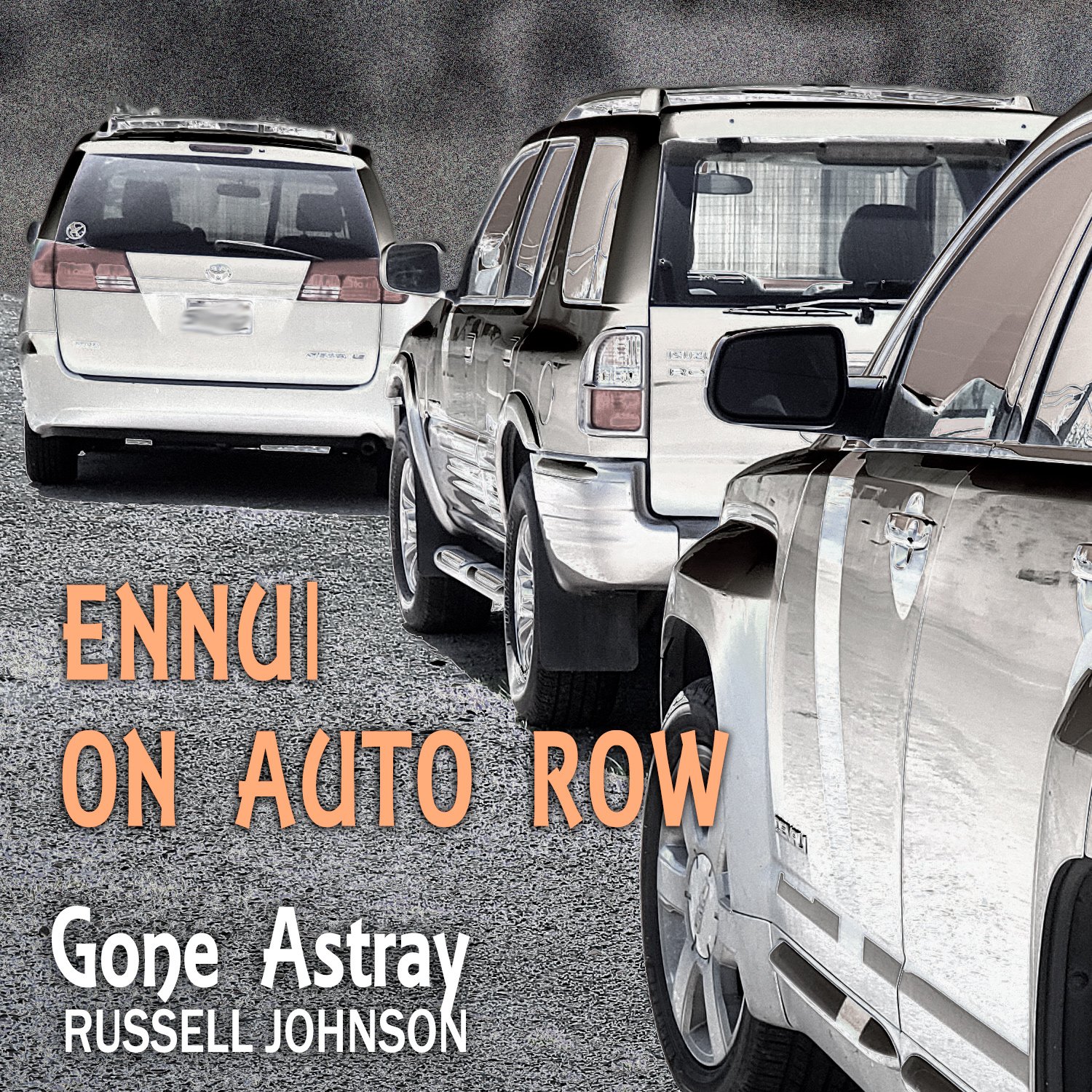 I stand outside of Costco and survey a full parking lot. Just where is my car? Unfortunately I didn’t make a mental note about where I’d left it. Was it to the right or the left of the shopping carts. Did I park it way out next to the In and Out Burger? Or did I strategically place it in front of the Home Depot, where I was going next to buy a plumbing snake?

I stand outside of Costco and survey a full parking lot. Just where is my car? Unfortunately I didn’t make a mental note about where I’d left it. Was it to the right or the left of the shopping carts. Did I park it way out next to the In and Out Burger? Or did I strategically place it in front of the Home Depot, where I was going next to buy a plumbing snake?

I am privileged enough to own a gray, late model SUV. As I live in a reasonably affluent area, about two thirds of the rest of the cars in the lot are gray, late model SUVs. They are different makes, but I can’t tell which is which. So…just where is mine?

How do auto brands manage to set themselves apart these days, if they all look the same? I guess you could create and ad featuring a self absorbed middle aged man who leaves a party alone to enter the womb his vehicle to pensively negotiate a winding road at sundown. Freud might have something to say about that. Or a young woman who abandons her screaming kids to retreat to her padded cell with premium sound system.

Some of us probably remember the childhood road trip game of calling out the names and counting the different makes and models we saw. You would need a telescope to do that today.

Just why does a Buick look like a BMW, look like a Toyota, look like a Lexus? Oh wait, Toyotas and Lexuses are the same thing, almost. You could once recognize a Volvo a block away. “Boxy but good,” had the lilt of a Swedish accent. Now the are owned by a Chinese company, honk “Ni Hao” and look like everything else, especially when they are gray. Jaguar became a Ford and then a Tata. Its now owned by the Indian truck company, whose diesels sport signs shouting “Horn OK Please!”on the streets of Delhi. Buicks had portholes on the side, originally designed with flashing lights to emulate the exhausts of WWII fighter plane engines. I had an ancient aunt with a 1953 Roadmaster, a lumbering beast which my father took out for a drive once a year. It was a four-holer, befitting of a woman who wore hats with pins in them, opposed to the three holer of the hoi polloi. Now a few Buicks have a little venty thing on the side, but they hardly breathe fire.

Oh, who could forget the Tucker Torpedo.

In the 50s, you could tell cars apart by the size and pitch of their tail fins. The 1959 Cadillac looked like a heron taking flight. And what now? Ugly little wings called spoilers. Just what do they do? Not much, unless they are massive ones on racing cars. Spoiler is an appropriate description, I think.

Except for a few subtle differences (some have more bulbous noses), a Jaguar is now a Buick, is now a BMW, is now a Toyota and, ya sure, even a Volvo.

The new car season in the autumn once rivaled the new seasons of television and football.
Van Ness Avenue in San Francisco was once a grand auto row reminiscent of a Paris boulevard. The new model years were debuted with searchlights, not Gumby-like cylinders flailing at the skies.

My neighbor Tom, who is 96 fondly remembers those days when he was a Mercedes dealer on the old Van Ness. He has a 1930 Model A Ford, polished to perfection, in his garage. Sometimes, when I pay him a visit, we both stand and quietly admire it.

“Want to buy it?” Tom asked me last week.