ECOTOURISM:The Great, the So-So and the Truly Ugly 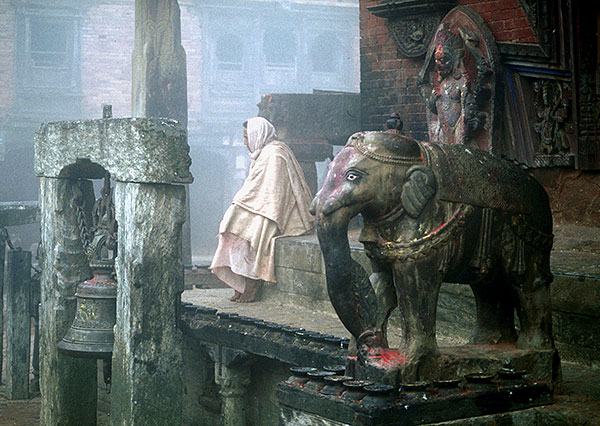 (Note: Since this story was written, the town of Changu Narayan was severely damaged by Nepal’s April 2015 Earthquake)

A few years ago I spoke at an ecotourism conference just outside of Manila — in the Philippines — at a venue labeled “Ecotourism Resort.” What first caught my attention was the fact nobody WALKED anywhere on the premises. Guests and employees rode around on jeepneys, colorful, customized jeeps that have become part of Philippine culture but lack certain emission and noise controls. In other words, they are stinky and loud, especially at 2AM when they are carrying the inebriated.

Our group convened in a ballroom where we all sat around a table and stared, jaws gaping, at a huge chandelier — perhaps 15 feet in diameter — made of perfect seashells. Now, you certainly don’t find too many perfect seashells on the beach. You have to harvest them, killing the animal inside.

This is greenwashing to the extreme. Some destinations, tour operators and corporations have exploited the ecotourism buzz, but others are realizing that nature and culture are actually their products and that damaging them will damage their business.

A few years ago we worked on a “Code for Environmentally Responsible Tourism” with the Pacific Asia Travel Association. As part of it, we did a documentary with the BBC’s James Burke on the ways some countries and organizations have made ecotourism pay off. One hotel we covered saved about 2 million a year recycling air conditioning wastewater and separating trash. They recovered thousands of dollars worth of discarded silverware just by looking at their garbage. It seems that some staff was tossing it instead of washing it. 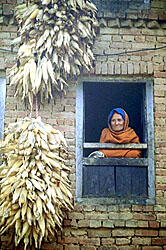 One country that has become serious about ecotourism is Nepal, especially after all of the bad publicity they got about mountaineers leaving trash on Everest. I worked there last year with the UN Development Program, which took a village with an important World Heritage Site temple and developed a plan to create a sustainable economy through tourism. Five years ago, raw sewage ran down the street in Changu Narayan and the few travelers who visited were harassed by beggars. Now there are signs saying “preserve our dignity, discourage begging”, a modernized sewage system, a new school built with funds brought in by tourism, a revived local crafts industry and, most important, a mechanism for pouring tourism dollars back into the local community. It cost very little money and it is one of a growing number of cases where well-planned tourism is actually helping to improve the environment.

What you worry about, however, is some big hotel chain coming in. paying off a few people and building a monstrosity. Unfortunately, that’s the way of the world.

Ecotourism isn’t only an issue for countries and companies, however. Unfortunately, the “Ugly American” still exists as do ugly Aussies, Lithuanians and Liliputians. We saw a a rather lumpy couple with flat accents in Italy recently who loudly complained about the Italians as “those people.” I have long advocated that countries issue cultural and environmental “etiquette” booklets at immigration. Few have done it, however.

You can find several codes of ethics for travelers on the Web. Some are better than others. A good site to go to is the Ecotourism Society where you will find one from The Audubon Society which offers some things to ask yourself before you book any tour:

“Does the ecotour operator show a commitment to local conservation?”

“Never get between a marine animal and its path to the water.”

“Never get between a parent and its young.”

The latter is valuable information if you are viewing rhinos.

The most sensitive code, I think, also on the Ecotourism Society website, is from the Ecumenical Coalition on Third World Tourism:

“Travel in a spirit of humility and with a genuine desire to learn more about the people of your host country.”

“Instead of the Western practice of “knowing all the answers,” cultivate the habit of asking questions.”

“Realize that often the people in the country you visit have time concepts and thought patterns different from your own. This does not make them inferior, only different.”

“If you really want your experience to be a “home away from home”, it is foolish to waste money on traveling.”

· Travel with an open mind: cultivate the habit of listening and observing; discover the enrichment that comes from experiencing another way of  life.
· Reflect daily on your experiences and keep a journal.
· Prepare: learn the geography, culture, history, beliefs, some local language; know how to be a good guest in the country or culture.
· Have a sense of humor, keep a flexible attitude, and have a willingness to understand that travel, by its very nature, involves delays and changes.
· Stretch your comfort zone!

· Support the local economy by using locally-run restaurants and hotels, buying local products made by locals from renewable resources.
· Interact with local residents in a culturally appropriate manner.
· Make no promises that you cannot keep (photos, college admission).
· Don’t make extravagant display of wealth; don’t encourage children to beg.
· Respect the privacy and dignity of others, be observant of local customs.
· Get permission before photographing people, homes & other sites of local importance.

· Travel in small, low impact groups.
· Stay on trails.
· Pack it in, pack it out; assure proper disposal of human waste.
· Don’t buy products made from endangered animals or plants.
· Become aware of and contribute to projects benefiting local environments and communities.
· Patronize those suppliers who advance energy and environmental conservation, water and air quality, safe management of waste and toxic materials, recycling and noise abatement.