Dr. David Bellamy: Flying in the Face of Convention: Audio 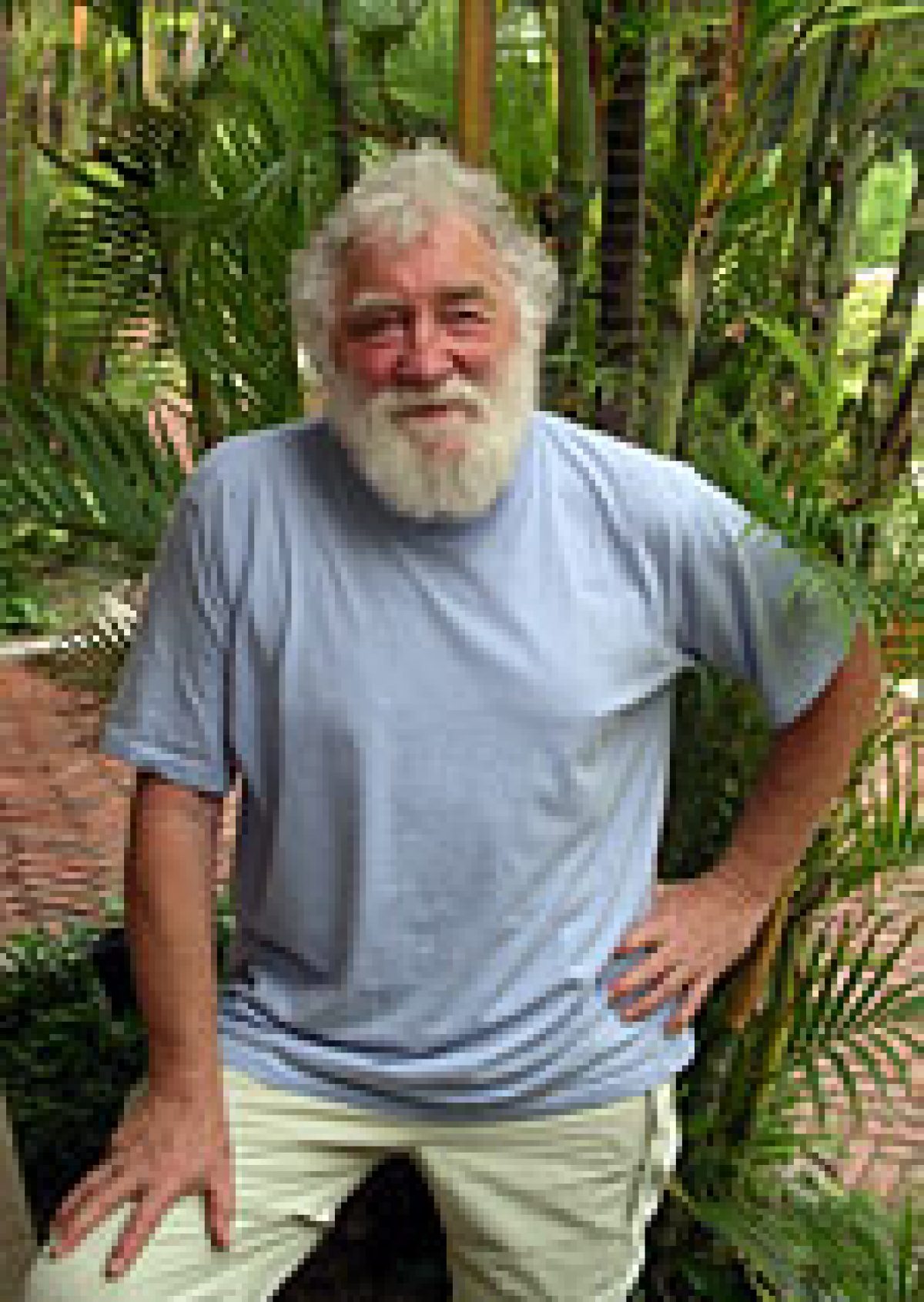 Prof. David Bellamy does bird impressions, trumpets like an elephant, waves his arms as if swatting gnats and screams “beam me up Scotty!” Looking like a cross between John Houston and Saint Nick, Bellamy, the UK television character and founder of the Conservation Foundation is…well… unconventional.

I talked to the hirsute professor twice over the past few years.

Bellamy is the kind of guy little kids run up to and hug. But the anti-zoo people snipe at him because he thinks zoos are good places to re-start endangered species. Bellamy wants to breed Asian elephants in fenced areas of Queensland, Australia. They would earn their keep by ripping up non-native brush. Its a scheme that brought a crack from Lonely Planet founder Tony Wheele about what happened when well-meaning settlers released rabbits in the Outback (bunnies will be bunnies).  Which, of course, also begs the question: Once you have raised your herd of elephants in Australia, how much energy will it take to get their fattened butts back to Asia where they belong? Will it be fuel-hogging C5A transport planes or a ship burning heavy bunker oil? Or, how about this? Fuel’em up with elephant dung. The world is waaay too complicated.

Bellamy also said he didn’t believe in global warming, but last year changed his tune after enduring the slings and arrows of outraged conservationists, and that mass tourist attractions like Disney World can be good for the planet.

I can hear the collective hiss of the Antimousification League around the world. But Bellamy has a point. He claims that Disney benefited the environment when it turned an ecological nightmare in Florida into a theme park. “The lake in the middle was so polluted that it had to be drained and dug out before Tinkerbell came to the rescue and refilled it with clean spring water, unbottled of course,” he said. “The expertise of their landscape architects not only drew on the biodiversity of the world’s flora to beautify the park … but also restored a great chunk of the everglades.” Bellamy claims that mass tourism, if done right, has the resources to increase biodiversity and restore environments.

David Bellamy finally came clean. In the few weeks since we interviewed him, he has admitted that his data was wrong, that global warming WAS melting glaciers. The botanist, conservationist and former BBC host got the scientific establishment’s hackles up when he debunked global warming. His confession, however, was too late to save him. According to New Scientist he has been virtually banished from conservation organizations he once headed. Dispite that, you may think he makes great sense on other subjects. Bellamy is a true believer in science, in the notion that science can solve earth’s problems.

Bellamy says that the real culprits in the tourism development game are what he calls the “highrise hooligans” who plant their towers in ecologically sensitive places. “They ruined the Costa Brava,” he says. “Now they are even in Madagascar.”