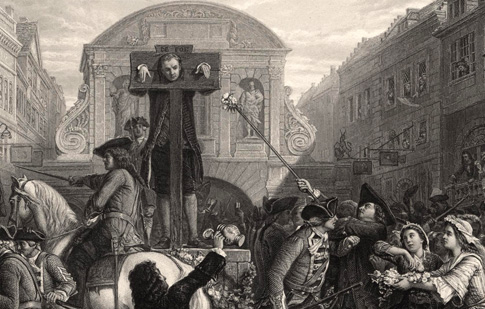 It is like the Eurovision Awards that gave rise to Abba. Every year I look forward to learning what tweaky new travel trends the research firm Euromonitor have to announce.

Each November, at the World Travel Mart in London, it issues a report that usually defines one or more off-the-wall reasons people step forth into this wonderful weird world. A couple of years ago it was “Debauchery Travel” and a certain demographic labeled “debaucherist,” for whom travel is a moveable frat party. This year, for North Americans, it is…sound the kazoo: Deprivation Holidays, the notion that torturing oneself can be a good thing. For Asians it is just as weird, but more on that later.

My take on a holiday is the opposite of deprivation. But many North Americans, especially affluent ones, are spurning hedonism in favor of pushing their bodies and wills to the limit, heading for boot camp rather than the Oysters Bingo. Taking a cue from reality shows such as The Biggest Loser, says the report, affluent Americans are going for extreme exercise. The “deprivationists” realize they are aging and look for quick redemption from their years of butter and sloth through aerobic and dietary self-flagellation. One such vacation experience the report cites is The Ranch at Live Oak Malibu in California, which offers an opportunity for guests to “recalibrate.” $5,600 a week will get you a veggie diet and 10 hours of daily exercise including hiking, yoga and weight and ab training, which they say can knock off 5% of body fat…something I accomplished recently by giving up my nightly dish of ice cream. Adventure racing and extreme trekking are two other takes on “Deprivation Holidays.” It was actually a trek in India that persuaded me to knock off the ice cream.

Its back! A few may remember Mike Todd Jr.’s Smell-O-Vision, which synchronized some 30 odors to the soundtracks of his 60s B movie “Scent of Mystery.” The Euromonitor report says Asian travelers are into scents, but hardly of corpses or the rotten eggs/gym socks smell of durian that wafts through Asian markets. Tricky marketers know that smells trigger emotions that can sell products and boost brands so they are fine-tuning the odors of their promotions and products. There is an organization called the Scent Marketing Institute that specializes in the nexus of marketing and olfaction.

Scents are now delivered to public areas in hotels via air conditioning. Programmed scent delivery systems can provide up to five fragrance options per room, set to operate at specific times. There are different whiffs for beach, resort or city hotels. Citrus and peppermint in the morning, they say, can energize the body, jasmine and vanilla can aid sleep and researchers have discovered that apple is the favorite smell of the Japanese. If you have done much international travel, I am sure you have ducked and plugged your noses from the bug spray spritzed through air cabins on landing. Now in a new twist, you might enjoy/endure scents customizing for use on outbound and return journeys. How about burger and fries?

And there may eventually be “an App” for it.” A couple of years ago Japanese telco NTT DoCoMo tested a Mobile Fragrance Communication service that links pictures with scents. So far it has not been widely adopted.

There is even talk about offering indigenous scents, God forbid durian or kimchi. I can imagine a scent named “Seoul Elevator After Lunch.” I just hope we who gag on or are allergic to bad perfumes, room deodorizers, patchouli and other sensory invasions are provided a way to opt out rather than suffering from the effects of second-hand fermented cabbage.