Deep Thinking: I Want to be an Octopus Gone Astray Podcast 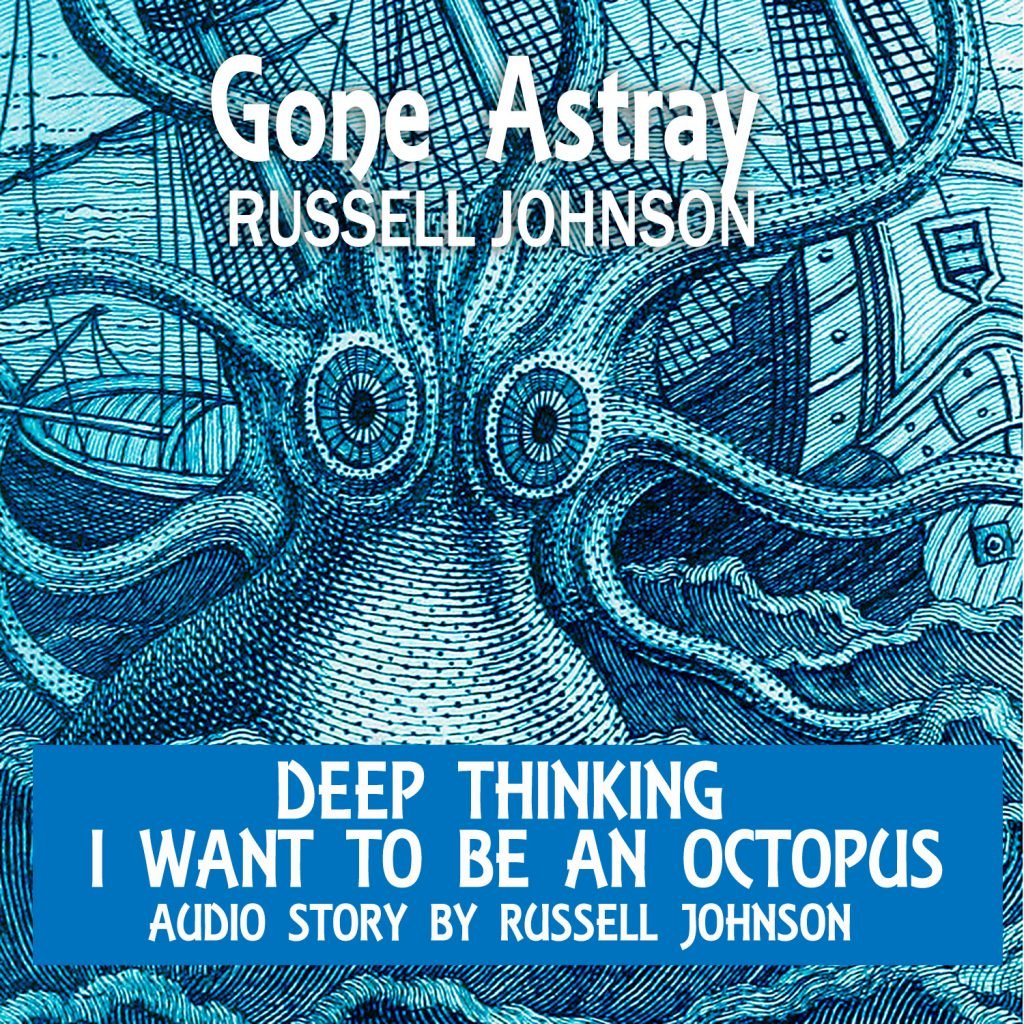 Home, isolated, sheltered in place,  moving about the house following pools of sunlight, I have been thinking about what, if I had my wish, I would like to be. And, I have come to a conclusion.

I would wish to become…. an octopus.

Daft, you say, but listen up. We are not all that different:

The octopus and I have the same origin, a worm some 600 million years ago.

The octopus, like me, has two eyes, loves to eat shellfish and can’t always synchronize its arms with its brain, which makes it, like me, a horrible dancer.

The octopus brain is distributed through its entire body. I have been accused of that.

But the octopus vulgaris, is not least bit vulgar. It, in fact, has three hearts.

Octopusses (not octopi) are great social mollusks and, because they are in the water, don’t have to maintain social distance. They can doll up for any occasion in a wide variety of mix and match attire, always blending in, sometimes playing the role of cagey impostor. They have been proven to engage with people, don’t forget faces and when presented with an squirmy situation or boring conversation, they can squeeze themselves down to the size of an eyeball and escape through a keyhole. If things really get touchy, they can defend themselves with a squirt of ink rather than a shotgun blast.

And they know how to play.

I wish that my legs and arms had suction cups so that I could walk up walls and that I could scoot away using jet propulsion, that I had four arms working simultaneously to scarf down a plate of jumbo prawns, a delicacy we both crave.

I wish I had to ability to use tools as they do. They have been seen constructing their own houses out of coconut shells. I can’t even build a birdhouse.

Of course there are a few downsides.

I would have to stop eating…octopus. Too rubbery for me, anyhow.

I might have to undergo some painful surgery…like adding two more hearts and six rotator cuffs.

Since my whole body is a brain, what would it feel like if all parts of myself had feelings? Maybe just too much drama.

And would I find acceptance? I might prove to be a squishy, kind octopus, willing to extend his arms, sometimes several at a time, in loving embrace to all, but I could also be associated with less amiable cephalopodish creatures. Medusa, for one, and what if a Kraken resides deep inside of me.

Would I be allowed to use public restrooms?

Could I be banished to Davey Jones’ locker room and waterboarded? Actually, that could be quite a treat?

After all is said, the notion of becoming an octopus is probably quite impossible and surely ridiculous. Maybe I should just chill and strive to become more octopus-like.