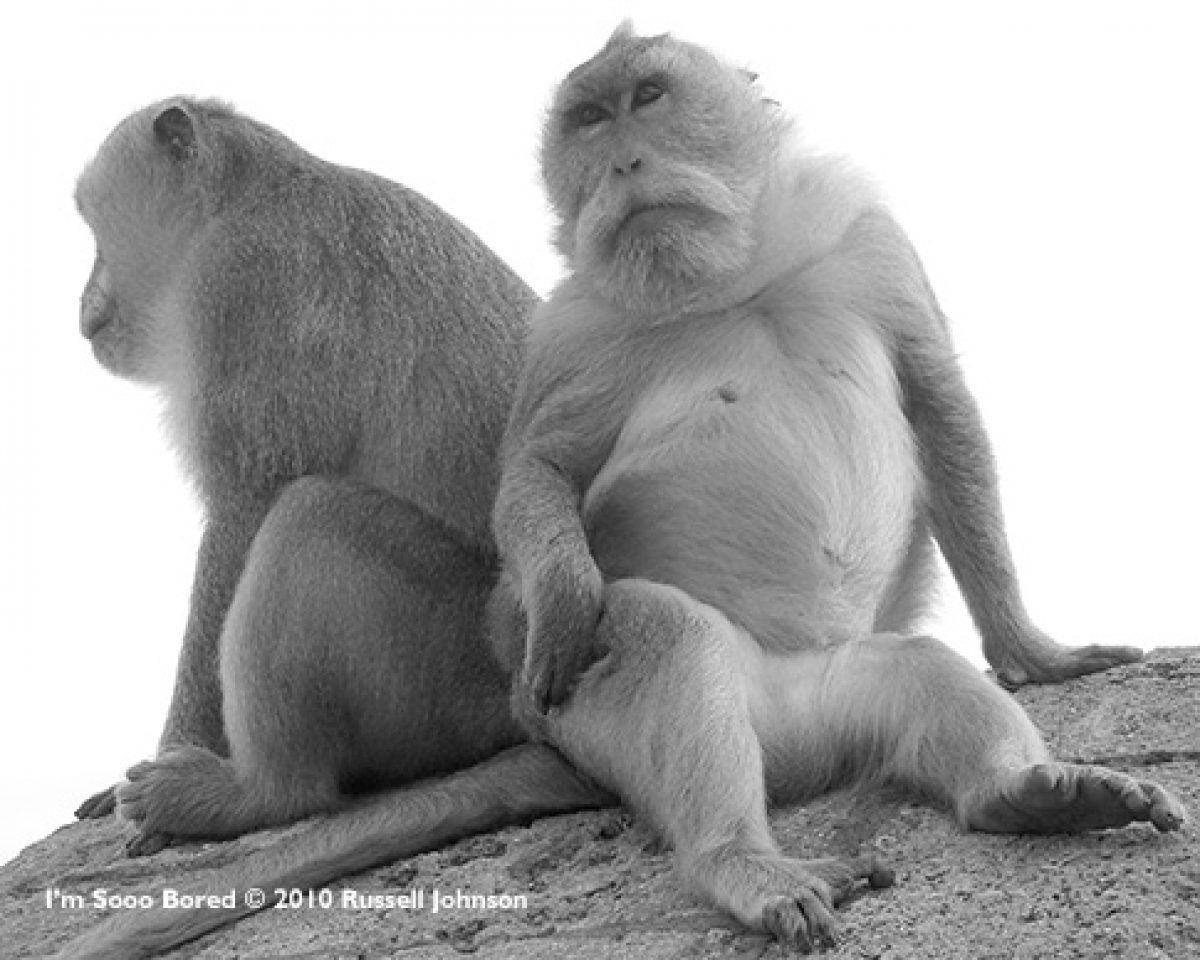 I intensely dislike monkeys. Maybe it is just envy. Although there is ample evidence that our evolutionary stem has developed a superior brain, deep down at the coccyx of my psyche there may still exist the tail stub of an ape. Maybe I still have a repressed urge to play with myself in public, fling my feces and steal every shiny object that isn’t nailed down.
At the Uluwatu temple in Bali, Indonesia I got stuck in a tourist trap, a narrow passageway facing a phalanx of not-so-great apes. Luckily I had been warned to remove my glasses and shiny objects and clutch my camera. But a woman in front of me was not so cautious. She let out a scream as a marauding macaque snatched her earring and taunted her to return it in exchange for a banana. Come to think of it, this hairy extortionist might consider an alternate career in banking.

But monkeys are untouchable in this Hindu temple perched on a cliff above the Indian Ocean. Every night, in a performance of the Kecak, or Monkey Dance, the monkey-like Varana helps a prince fight off an evil king while 100 men chatter like macaques.

It is based on the Ramayana story mashed up with an unrelated exorcism dance during which participants get worked up into a trance, with a fire dance thrown in for good measure. It is a unabashedly a tourist show, created by German artist Walter Spies and dancer Wayan Limbak in the 1930s so there is really nothing sacred about it even though it is performed in temples. In fact, some Balinese villages designate a portion of the proceeds from tourist shows to support traditional rituals and education in the arts. The Kecak is a choreographed show, not a cheap, watered down version of an ancient ritual, and as many times as I have seen it, I still find it haunting, hypnotic, entertaining and downright weird.

I condensed a performance of the Kecak into a short video, ending in a fire dance, during which a storm hit. The wind blew fire into the audience, but no one was hurt. Just a little added drama to an impressive performance. Thankfully the real monkeys kept their distance.