Catching up with the Woman in Gold 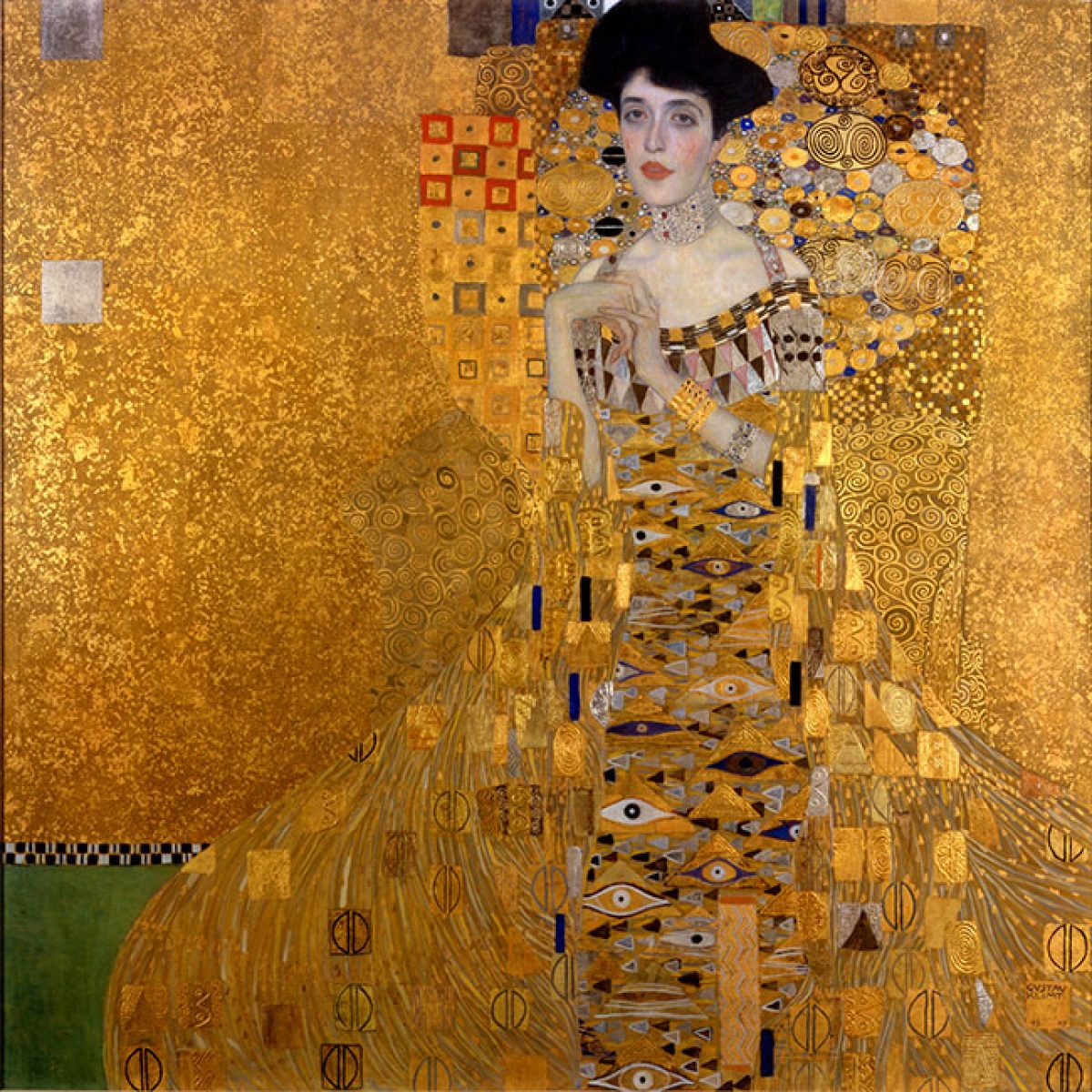 Adele Bloch-Bauer I or Woman in Gold by Gustav Klimt, 1907

I have been chasing a woman around the world and finally met her in New York. But the beautiful Adele Bloch-Bauer, popularized in the movie, “Woman in Gold” starring Helen Mirren, was now gazing at me as I gazed at her in her portrait in the Neue Galerie in New York City.

A darling of Viennese turn of the century society, she gave salons at her home with regular visitors including composers Richard Strauss and Gustav Mahler and her close friend, the artist who would eventually paint her portrait, Gustav Klimt.

I fell in love with Klimt’s Jugendstill aka Art Nouveau decorative symbolist style back in the 1970’s and looked forward to seeing his collection at the Belvedere Palace and museum when I visited Vienna as an exchange student. But unfortunately, every time I tried to view them, Klimt’s works were elsewhere on tour. I would learn that the palace was not the intended home of these paintings and indeed, the Austrian government was not their rightful owner.

Two portraits of Adele and several other works by Klimt, five in all, were seized by the Nazis from the family townhouse of industrialist Ferdinand Bloch-Bauer, husband of the beautiful, proud and fragile Adele. Despite his designation in his will that his heirs should inherit the works, Austrian officials and management of the Austrian museum,where the works resided, dug in their heels when Maria Altmann, Ferdinand’s niece demanded their return. Her lawsuit was tried in the US because of a ruling by the Supreme Court and she eventually prevailed. 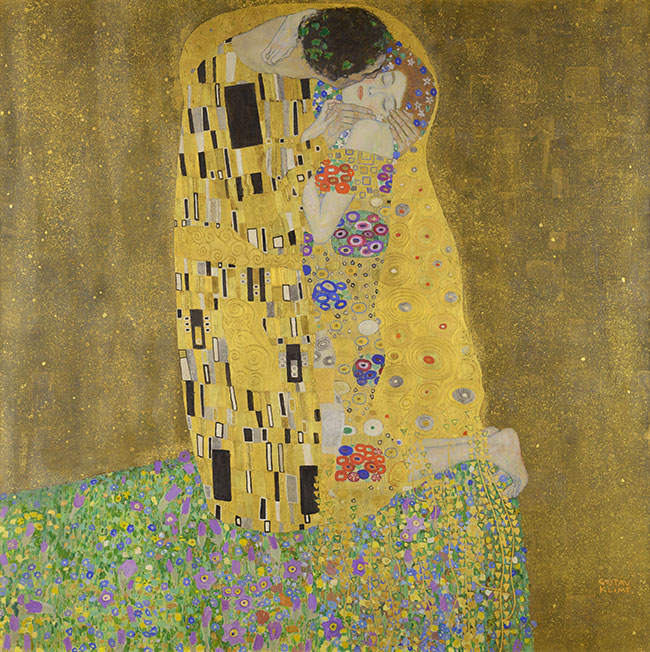 The Nazis considered Klimt’s art degenerate and destroyed some of his great works but acknowledged the outstanding beauty of this painting, citing the portrait of Adele as Vienna’s equivalent of the Mona Lisa. They renamed it “Woman in Gold” to hide the fact that the portrait was of a Jewish woman.

After the case was settled, billionaire philanthropist and art collector, Ronald S. Lauder, purchased the portrait from Maria Altmann in 2006 for an estimated record $135 million and it became the centerpiece of his Neue Galerie, established in 2001 and dedicated to Austrian and German art.

Caught in a sudden snowfall on the first day of spring, I hustled down Fifth Avenue and almost missed the Beaux-Arts building across the street from Central Park. A small sign guided me around the corner to 86th Street. No sweeping entryway guarded by stone lions. This was once the elegant home of industrialist William Starr Miller, years later Grace Vanderbilt, wife of inventor and engineer Cornelius Vanderbilt and eventually the YIVO Institute for Jewish Research. In 1994 art dealer Serge Sabarsky and his colleague Ronald Lauder bought the building and in 2001 and christened it the Neue Galerie New York.

I walked up the staircase, imagining the rooms filled with the chatter of interesting people of their day, much like those at the salons of Adele Bloch-Bauer and her family.

And there she was. Her face and decolletage pale and classic, her long neck graced by a gold and diamond choker, her gown a decorative shower of gold squares and triangles. She sits in front of a gold wall, large red lips, doe eyes, hands elegantly posed. Relaxed. Elegant.