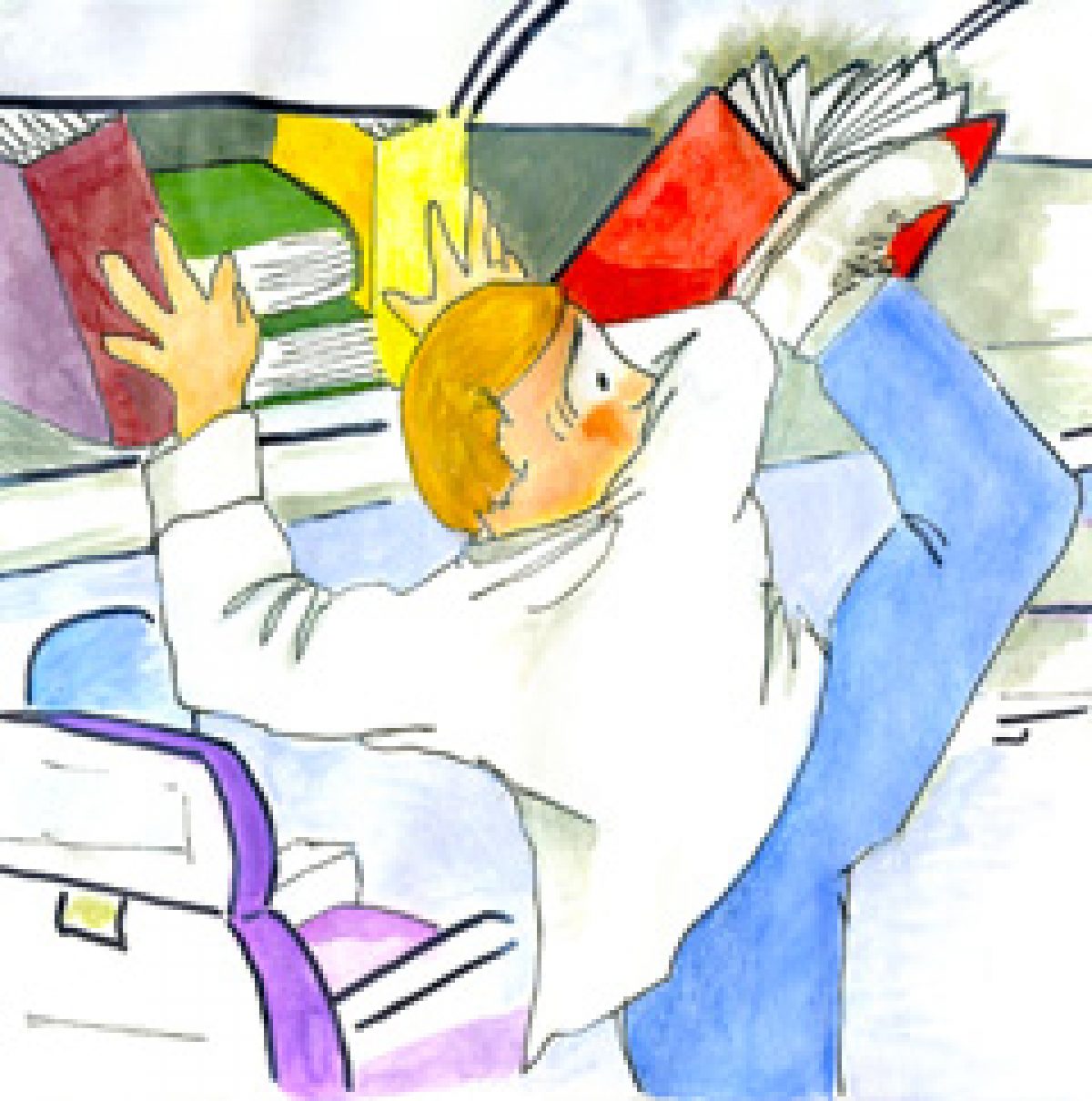 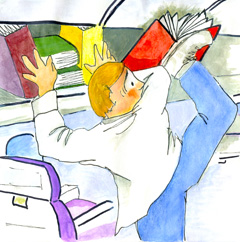 Books are just too fat.

I usually go to a bookstore before I head off on a long flight, even though, except at airports, they are bit hard to find these days. My nostalgic favorite is a century-old shop in San Francisco with so many volumes on the second floor that I always feared it would collapse and I would perish under several tons of weighty words. When my kids were small we did family outings there where we disappeared into the stacks and our own private universes.

I paid a visit a few weeks ago, wanting to finally take the plunge into Christopher Hitchens’ briar patch of lush verbosity Arguably. But I picked it up off the display table and muttered “uh-oh.”

The book is 819 pages long and weighs 2.7 lbs. I then reached over and lifted Stephen King’s latest bunker buster, a heavyweight champ at 2.8 lbs. How on earth could I lug these Goliaths aboard a plane or struggle with them in bed.

Even Steve Jobs by Walter Isaacson, which I received as a gift, weighs in at 2.2 pounds, almost as heavy as Einstein, by the same author.

I left Einstein at home on several trips. It occupied my bed stand for months. Reading it reminded me of when I was an army private and was punished for a bad showing on the shooting range by being forced to maintain what was known as the “dying cockroach position” for several minutes. I had to lie on my back with my arms and feet up straight up in the air, grasping my rifle. The King book weighs about half that of a fully-loaded M16.  Maybe I could have dealt with the book back then, but not now.

How are we flabby-armed physical misfits supposed to deal with this heavy reading? Should we lug these books over to a little desk, pull up a hard chair and pore over their pages as would a monk with an illuminated manuscript? Perhaps readers will get their own syndrome just as writers have with Carpal Tunnel. Tolstoy’s Disease, maybe. Perhaps the “readers” will branch out from our species, separate from the pack and evolve to look like Popeye.

I read that book publishers were increasing the heft of some of their hardcover editions to make them seem more…well…hefty…that is important, justifying their price. I went back to physical books about a year ago after losing interest in my dim first-generation e-reader. But maybe it is time to try something new. My wife hoards the family iPad, about a pound and a half, still too heavy. May be I should try reading on my smartphone. I actually prefer my morning newspaper on my little Android, holding it in one hand and a bagel in the other, thumbing down a column without being distracted by ads or other junk on the side, sometimes smearing the screen with the cream cheese that magically migrates from my eating hand, just as I soiled my old dead tree newspapers with all manner of breakfast goo.

It is now time to see how this works with a book, a really big book. I have downloaded Hitchens to my phone. It is like a small bright paperback, easy to read and can flip pages with my thumb, all 12,653 pages on a 4.6 inch screen. It works for me. And it is nice to have the phone’s built-in dictionary as the late Mr. Hitchens quotidian (his terrm) vocabulary far surpasses my everyday grunts and moans. I hope he doesn’t object too much to sharing a screen with Angry Birds…IN SPACE.