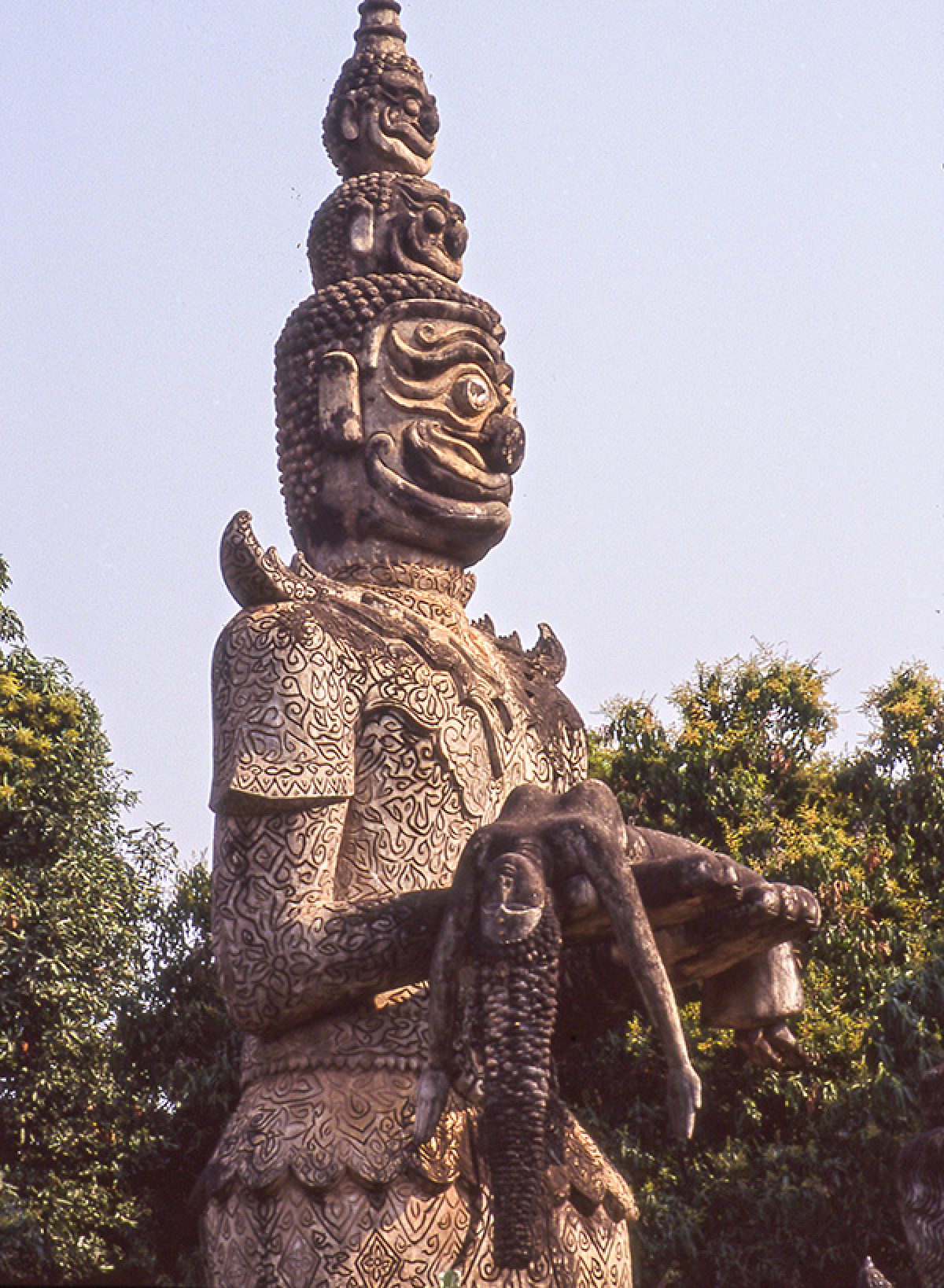 I look up at this scary figure clutching a fainted woman. Why do I think of King Kong and Fay Wray? Actually, Kong protected the fainty blonde bombshell in much the same way this Nyak is probably guarding his young charge. In Lao and Thai mythology, Nyaks are figures that protect temples.

But this isn’t where the symbolism stops in perhaps the strangest sculpture garden in Asia.

The Xieng Khuan sculpture park, lying next to the Mekong River southeast of Vientiane, Laos, was created by the Lao answer to Hieronymous Bosch, priest-shaman Bunleua Sulitat. Bunleua mixed Buddhism and Hinduism and tossed in a nightmare menagerie of gods and demons for good measure. The place looks ancient, but it is not. It was built in 1958 and its 200 or so figures are made mostly of reinforced concrete. After the Pathet Lau took over Laos in 1975, Bunleua escaped to Thailand and built a similar park in Nong Khai where he died in 1996. 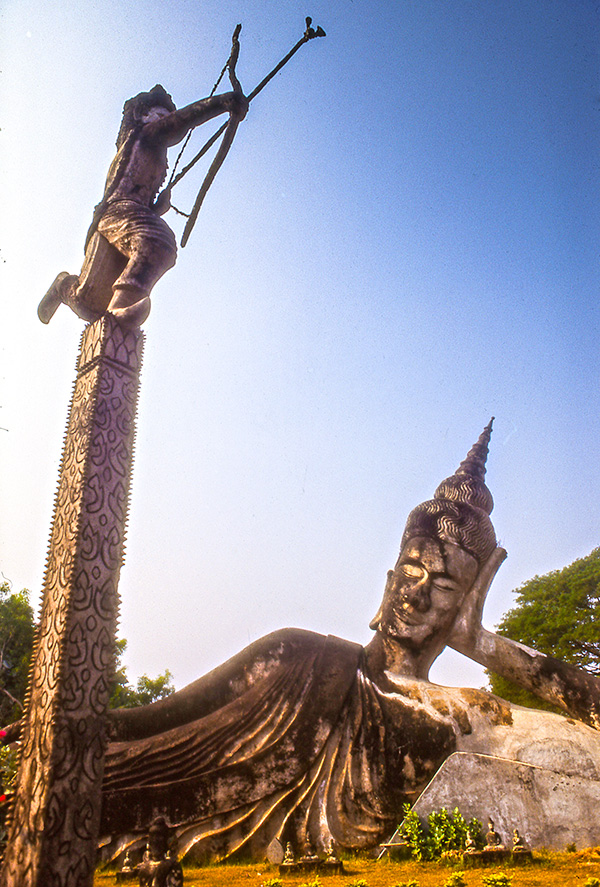 The garden is dominated by a 390 ft reclining Buddha, probably the most conventional figure there. Some of the other gods and demons are beyond description. 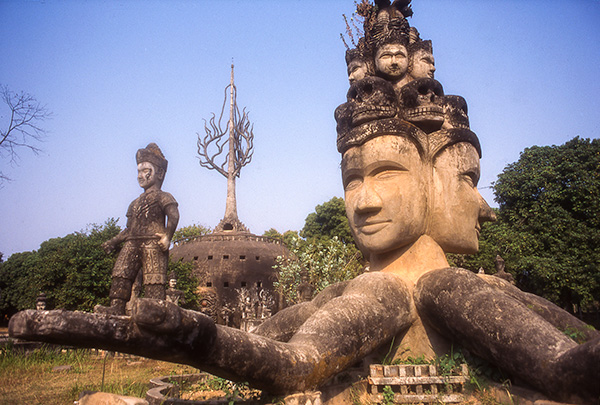 Let me try: A giant pumpkin-like structure with a tree on its head. Walk through the mouth of this demon and climb stairs that lead you from hell to heaven. Or, a sextupus (my term), a six legged four -faced beast with a cap adorned with skulls.

Why does that old Dorothy Parker line come to mind: “What fresh hell is this?” 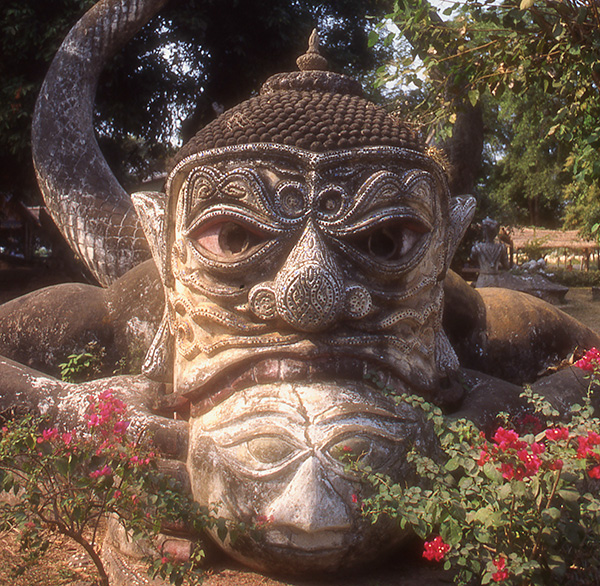 Xieng Khuan is open to the public and accessible for a small fee.