Art: The Wild West: Plains to the Pacific 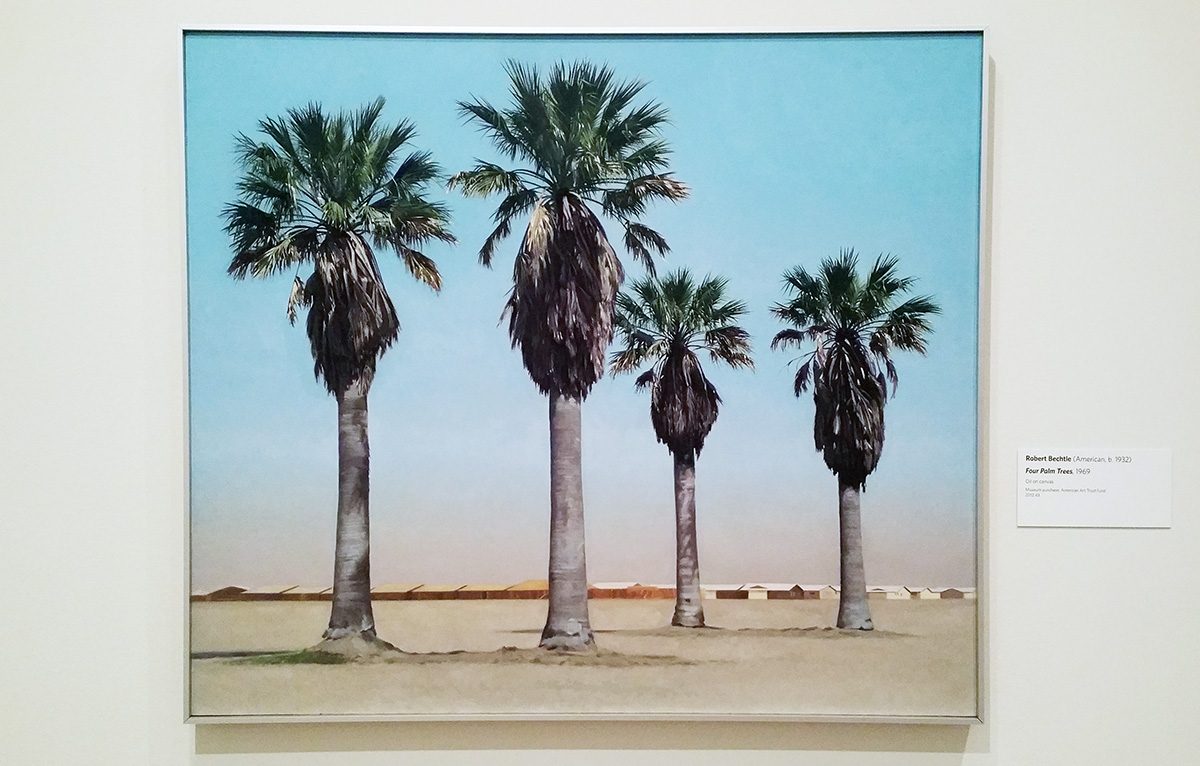 On display through October 9 at San Francisco’s Palace of the Legion of Honor: Some Pieces on Display for the First Time

What do contemporary American multimedia artist, William Wiley, Funk artist Roy de Forest, and early 20th century illustrator and painter Maynard Dixon have in common? One might say, “not much” until you see their works side-by-side in Wild West: Plains to the Pacific, on display at the Legion of Honor in San Francisco. When juxtaposed, a whole new light is cast on themes ranging from transportation in the West to depiction of Native American life to the beauty and grind of California agricultural life.

Wild West: Plains to the Pacific comes together from the Legion of Honor’s sizeable collection. Each work plays off the other in the satisfying and well curated 175-work exhibit, evoking a sense of irony, humor or simply appreciation of how artists depicted what the Wild West meant to them.

Just steps away, Roy DeForest, a child of migrant farm workers, shows a typical cowboy and mountain range made up of whimsical fantasy dogs in his drawing, Lost in the Great Canines, 1989.

Flanking the DeForest piece is William Wiley’s Seasonall Gate  (sic) 1975,  a lithograph depicting a cowboy who is surprised as a horse walks through a broken-down gate.  There is speculation that this lithograph may have been a commentary on Watergate, which occurred the same year that Wiley began the piece. Social commentary scattered throughout invites a longer look at this amusing work.

I found one section of the exhibit dedicated to Native Americans particularly poignant. Posters from shows such as the 1939 Golden Gate International Exposition were based on Native American art.

Steps away, Maynard Dixon’s 1937 watercolors juxtaposed two visions of The Indian Today — one standing straight in native costume with flourishing corn, the other bent and toiling at what appears to be arid farmland.

On the same wall Drummer and Hoop Dancer watercolor by Calvin Tyndall (Um-Pah [Elk]) exemplified the “studio style” of flat bright colors that was pushed onto Native American young artists of the day, allowing little room for their own artistic expression.

At the far end of the room, dedicated to Native Americans, is Fritz Scholder’s bold yet detailed acrylic, The Blind Medicine Man, 1974, is in itself a commentary on the hyper-simplified Studio Style of the previous three decades. Scholder was a student of famed artist Wayne Thiebaud.

An entertaining wall features an assembly of fruit crate art, most not attributable to any one artist, but each a delight.

Gritty realism plays off romanticized concepts of the evolution of society and the land from early mining in the mid 1800’s to Ester Hernandez’s Sun Mad poster commenting on the deadly effect of pesticides on farm workers.

As one exits the exhibit, a wall of highly-recognizable posters by  Michael Schwab honors the many attractions of the Golden Gate National Recreation Area.