Angkor 1996, Before the Crowds Arrived (restored to 4k video) 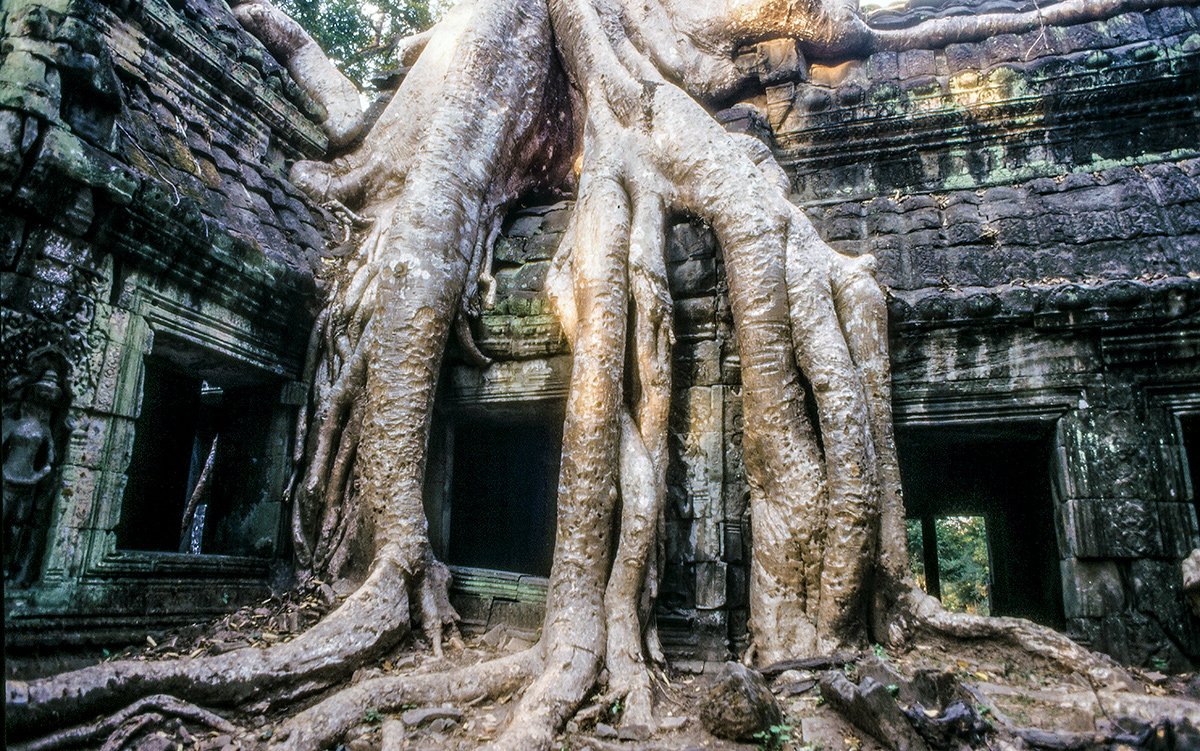 A video of the sights and sounds of Angkor, Angkor Wat and Siem Reap, Cambodia in 1996 including a troupe of dancers dancing through the ruins. Upconverted to 4K video using neural networks software.

I have seen the pictures: tourists mugging and doing fish-face selfies amongst the ancient temples of Angkor, one of the world’s heritage treasures. In 2018, Cambodia attracted an estimated 5.5 million international tourists, many of which descended like a plague upon Angkor.

Not the case in 1996 when I filmed and photographed Angkor for an economic development project sponsored by the Asian Development Bank, PATA, the UNESCAP and American Express. Then Angkor, already a magnet for a few adventurous tourists was pristine, except for some shoddy restoration efforts.

And it was quiet.

One day, it was just me and my producer Dianne, a handful of locals, and a crew from the BBC. We were part of a mission to develop tourism as a clean, sustainable economy in the Mekong Region.

The video below shows the way it looked before the throngs arrived: from the thriving water world of Tonle Sap, the lake created by the Mekong that floods every year to nourish crops and a thriving fishing industry, to the rural areas around Siem Reap, to Angkor, itself, where we hired a local dance troop to perform among the temples. This was before the days of HDTV, but we have used Artificial Intelligence/neural networks software to upconvert it to 4K video.

Now, paths are worn down from traffic. Areas where we wandered alone are now off limits to limit damage to these fragile sandstone structures. Some of the land is sinking due to over-exploitation of ground water by hotels and services.

But tourism isn’t the only problem. The damming of the Mekong, from China, where it is called the Lancang, to neighboring Laos just upstream, has limited the inflow of the Tonle Sap and the fertile farmland around it, the fish and breadbasket of the nation. Laos, another poor country, is building dams, often financed by Chinese loans, to harness hydroelectric power to sell to richer counties such as Thailand. Some have called Laos “The Battery” of Southeast Asia.

Sometimes I feel a bit guilty about contributing to the damage that tourism is creating, even though it is now perhaps the largest contributor to the economy of one of the poorest countries in the world. The big problem is how tourism has become all about swarming masses, that we are “loving places to death.” Places like Angkor, Venice, and other tourist magnets are morphing into theme parks, detached from their true meanings, the reasons tourists were attracted to them in the first place. Governments, through weakness, incompetence, corruption, or all of the above, are unable to control it, sometimes making it worse.

Just a few years ago I worked on a followup to our earlier project, a master tourism plan for the six countries of the Mekong region that encouraged sustainable development, heritage and cultural conservation, and sound management. It looked great on paper, but herding nations is like herding cats, each is fiercely independent and sometimes hiss at one another.

One positive result of our efforts was the creation of an organization to promote sustainable tourism and help herd these cats called the Mekong Tourism Coordinating Office.  Their web site is an excellent resource for both travelers and the tourism industry. Check out http://mekongtourism.org