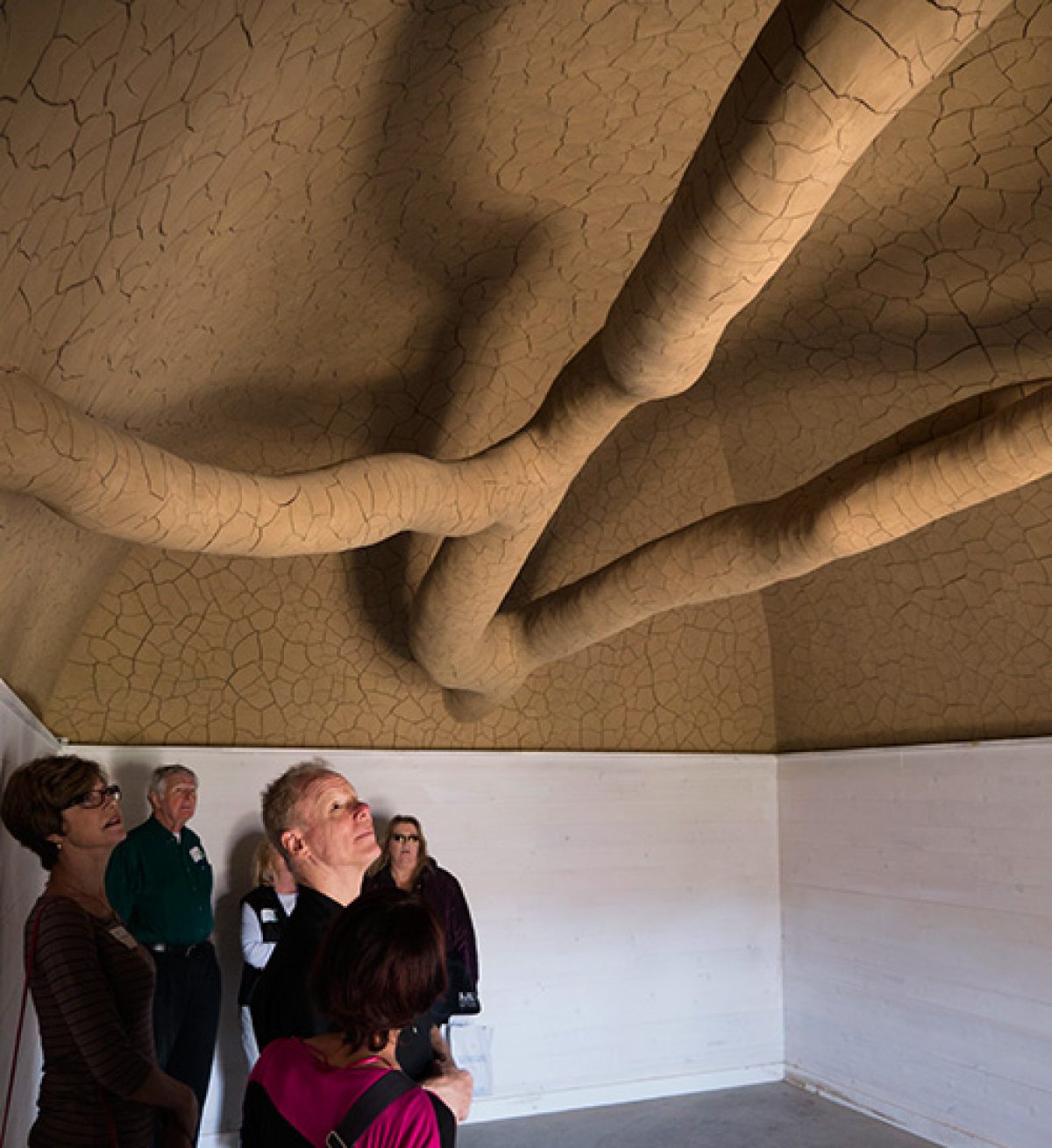 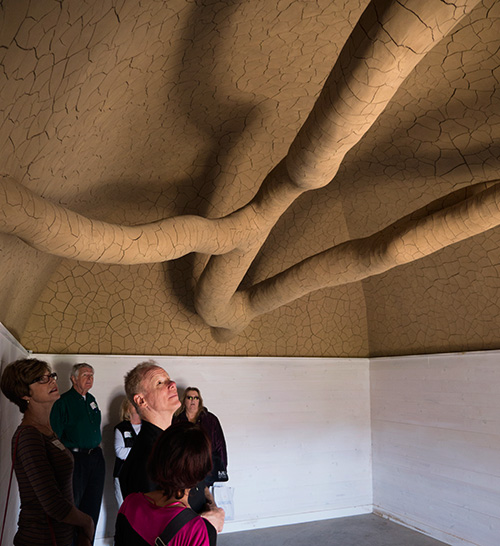 Anyone who has ever turned over a spade of earth in their backyard and marveled at a mangle of roots will certainly appreciate the Andrew Goldsworthy sculpture “Tree Fall” that opened at the San Francisco Presidio last week.

Just a stone’s throw from the Disney Museum on the Presidio parade grounds, “Tree Fall” is hidden inside Building 95, the small civil war-era Old Stone Powder Magazine structure that was originally intended to store gun powder and designed to explode upward in case of an unintended detonation, saving nearby buildings from disaster.

Rather than a sterile replica of a root, this is a real root nearly 20 by 17 feet. Once your eyes have adjusted, a glance upward reveals the root’s graceful shape suspended under a ceiling of cracked mud, eliciting vague recollections of our primordial past as some worm-like being that quite enjoyed a subterranean point of view.

A park ranger explained that it is eucalyptus, a non-native tree that, along with Monterey cypress, was brought by the military to the Presidio as a windbreak, part of a 300-acre landscaped forest dating back to late 19th century. The trunk featured in “Tree Fall” did indeed fall but it was to the excavation efforts for the Presidio Parkway project. Goldsworthy took great care to suspend the root inside the building so it would not touch the walls of the historic 1863 building, using new protective walls, ceiling and floor that the For-Site Foundation commissioned to be built inside the building. The 57 year-old Goldsworthy slathered on the mud that contains straw and human hair from local salons as a binding agent, and over several months it crackled into a whimsical counterpane that covered the walls, ceiling and the root itself.

This sculpture is intended to provide a deeper look at the natural foundation of the city and was completed with the help of 40 community volunteers. 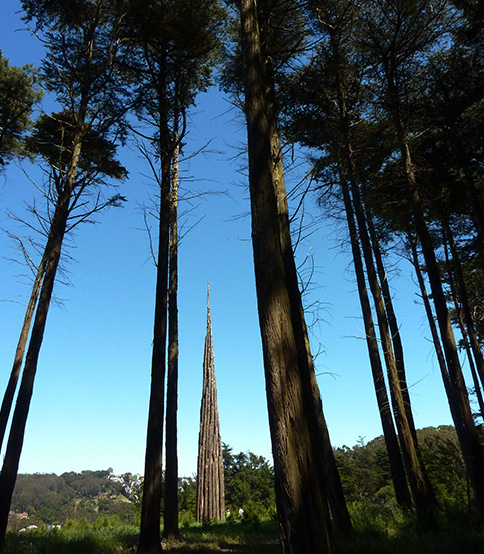 It is the third of Goldsworthy’s installations in the Presidio and is unlike his other more ephemeral works there including “Spire” (2008), a 95-foot high tower of Monterey cypress trunks and “Wood Line” (2011), a meandering line of eucalyptus branches that Goldsworthy shaped along the Presidio’s oldest footpath, “Tree Fall” will not deteriorate or be obscured by natural forest regrowth that is part of the Presidio Trust’s 60-year plan to replant the cypress and pine groves.

To gain a deeper insight into Goldsworthy’s relationship with nature, be sure to watch the documentary, Rivers and Tides. And in Golden Gate Park be sure to see his “Faultline”, a fissured pathway that takes you from the street into San Francisco’s de Young museum.