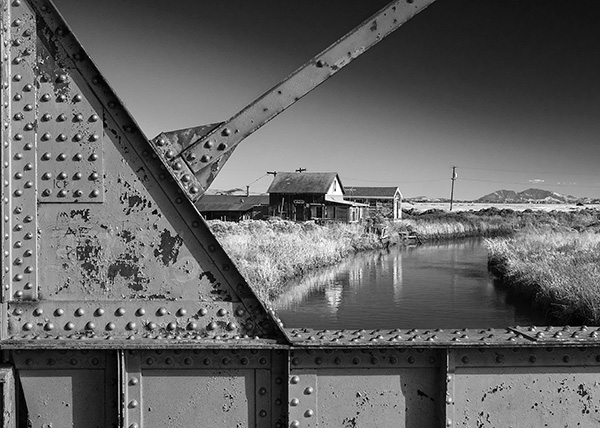 First it is there, then it isn’t. I have seen it on some maps but not on others. It is a town, I think, in the middle of a swamp between the wine-logged valleys of Sonoma and Napa.

I love its name: Wingo. Sounds like a badass western town full of mean hombres.

I was at Viansa Winery last week, on a hill, peering out over the swamp looking for this place called Wingo. Nothing resembling a town out there.

“Oh where, oh where is Wingo?”

I met an artist who said he had been there, had painted it.

“Just over the hill, take a left and keep on going as far as you can. But don’t disturb the residents.”

So there is a Wingo, and someone actually lives there.

I hopped in my car and did as the man said. Took a left, went past a wine crushing plant and onto a dirt road. I faced a sign saying “No Trespassing.” “THAT MEANS YOU” was scrawled beneath it. Not wishing to become ventilated by a twelve-gauge shotgun, I turned around and went back.

But I was still intrigued by this Wingo place. For the fun of it, I typed Wingo into Google Maps. There it was, on the moors, between the green hills of cabernet and chardonnay.

And, not only that, I got driving and walking directions. It was after all, an address, even though it might have been very ambivalent about being found.

Cameras in hand, my wife and I take off, but not the same way were instructed by the painter. We head down a narrow paved road past several houses to a winery and through its parking lot lined with tour buses and stretch limos. At the end of the lot is a dirt road…the road to Wingo.

No “No Trespassing” sign, but a warning that parts of the road are closed in winter. We keep driving, about a mile, past vineyards, then into a dried up swamp. The road becomes rutty and potholed. I don’t know if we could have made it during the rainy season. 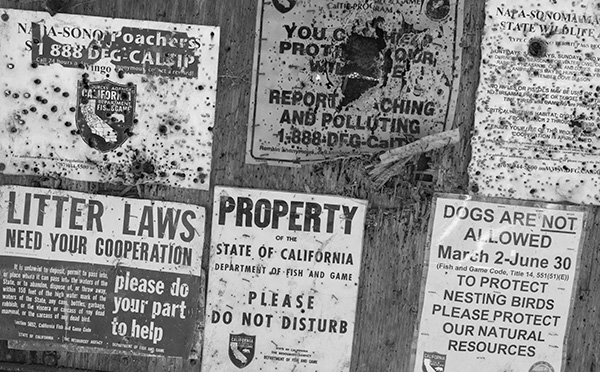 Signs on the road to Wingo, California (c)2014 Russell Johnson

We reach a locked gate and a flat area where we park. There are signs posted, something to do with poaching, that poaching was prohibited but I really can’t make it out. The signs are riddled with bullet holes, small caliber and one gaping one from a shotgun blast.

We climb over the fence and begin to walk along an earthen levee built up above the swamp. To the left, the southern hills of the Napa Valley, to the right, puffy clouds relaxing above the lush hills of Sonoma’s Carneros region. Not so lush here, however. It is the end of summer and our path is dry and dusty. In the distance we see a drawbridge, certainly not that of a Disney castle, more like a discard from a rusty Erector Set. Next to it a cloud of dust rises. We hear the roar of an engine, then we see a pickup truck, kicking up a cloud of dust like a cartoon roadrunner. It bears down on us. In the cab is a middle-aged man chewing away on something. Gum, tobacco? As the truck nears, we smile and wave at the man. He makes no eye contact and drives by, ignoring us. At least he wasn’t the sheriff of Wingo saying “Ya aren’t from around these part, are ya.” 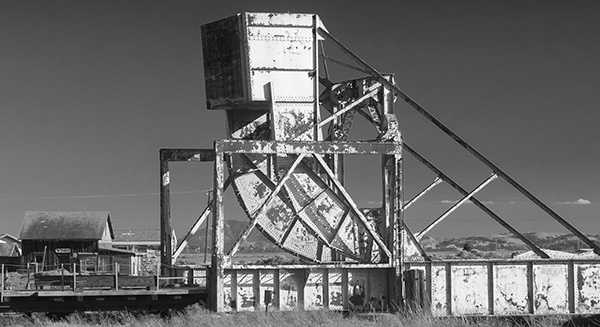 We walk for another mile and approach the bridge. On the other side of it is Wingo, what there is left of it, a few crumbling wooden buildings. A sign on one says “Wingo,” as if it were a railroad depot, which it once was.

Before this slough, adjacent to San Francisco Bay, was diked to create agricultural land, Wingo, then called Norfolk, was a port, serving the historic town of Sonoma. In the mid-1800s, steamboats carried passengers to and from San Francisco and farmers loaded their crops for transport to markets in the big city. In 1876, an entrepreneur named Joseph S. Kohn built the Sonoma Valley Prismoidal Railway to link this little port with the town of Schellville, in the south end of the Sonoma Valley. It was a monorail with a steam engine and two boxcars. A single rail was mounted on a triangular wooden base shaped like a prism. The railroad stopped construction at three miles and ran for six months before it folded. Kohn regrouped and laid traditional tracks. After he failed again and a series of other investors took over, what eventually became the Northwestern Pacific Railroad was extended to downtown Sonoma and beyond. The railroad changed the name of the stop from Norfolk to Wingo. The Northwestern Pacific still runs trains on these tracks including a party train that passes by on the way to the nearby NASCAR racetrack. But nobody stops in Wingo, not even for a whistle.

So, what is here now? At this time of the year, early autumn, there is barely enough water to float a kayak. There are a few barns and buildings, mostly crumbling, and it is still privately owned. We see a few pickup trucks parked in back. Then there is a rusty old drawbridge, built in the 1920s.Around it are 738 acres of protected habitat of the Napa-Sonoma Marshes Wildlife Area, which is overseen by the California Department of Fish and Wildlife. 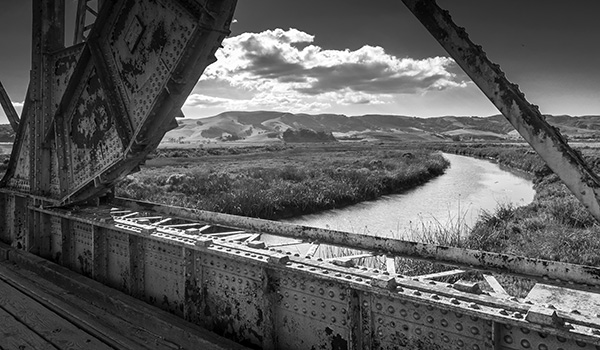 The preserve is on a major migration route for birds.

We walk the dikes and take pictures. There are few birds to be seen this time of the year, but we vow to take the road to Wingo again in the spring, when all has turned green and the birds have returned with their songs.

Here is a music video recorded in Wingo in 1991 by Roy Rodgers and Norton Buffalo. “Their Ain’t No Bread in the Breadbox,” by Buffalo, was a favorite of Gerry Garcia, who played it in concert.